Earlier this year, the UK government announced an important new wave of marine protection in the form of 41 new Marine Conservation Zones (MCZs) in English and Northern Irish waters. It marks the culmination of decades of campaigning by The Wildlife Trusts and a highly significant moment in the struggle to get the legislation and political will to deliver an ecologically coherent network of protected areas at sea. This network of protected areas will ultimately allow our small corner of the blue planet to recover.

It has not been easy, however. When I began my career in marine conservation thirty years ago our seas were under tremendous pressure from a range of damaging activities including over-fishing, oil exploration and pollution. What’s more, there were only three Marine Nature Reserves in the whole of the UK and a handful of Voluntary Marine Conservation Areas.

We surveyed the myriad sea-bed types and multitude of beauties, curiosities and downright breath-taking marine wildlife around our shores – and talked to anyone who’d listen about the wonders of our seas. Yet, at the same time as we gathered public support to protect the wonders of our marine environment, cod nearly became commercially extinct in the North Sea, hundreds of dolphins were being washed-up dead on our shores and in the 1980s and 90s, horse mussel communities were destroyed in one of our few marine nature reserves by dredging for queenies.

It was time for change. In 2002, we called for a marine bill which would allow us to manage and protect our marine environment. The legislation at that time was out-dated, not fit-for-purpose and, most importantly, prevented us designating marine protected areas and managing our inshore fisheries sustainably. Then we rallied our members and supporters – a staggering 250,000 people signed silver scales during our Petition Fish campaign to Lobby Westminster for action. We were all thrilled when, in 2009, the Marine Act was passed which gave us the legal tools to designate a network of protected areas and the power to ensure that the wider seas were managed in a sustainable way.

In the following years, a million people took part in a process to identify where these zones should be located and what they should protect and ten years on, I am over the moon that the third phase of Marine Conservation Zones (MCZs) have been announced. This historic move will help protect our seas and the wildlife which live there, constituting the third of three phases promised by the Government in order to fulfil the remit of the Marine and Coastal Access Act bringing the total number of MCZ designations to 91. It marks a turning point for the future of our seas.

A fitting testament to the huge amount of effort put into marine campaigning by so many, and a recognition that people who care about the hidden depths, the submerged landscapes, the last truly wild place in the UK – have been listened to.

The 41 new MCZs are special places and include cold water corals, forests of sea fans, rocky canyons and sandbanks – an astonishingly varied range of submerged landscapes and habitats which support the stunning diversity of marine life. They include Bembridge MCZ which is very unusual because it is home to both species of native seahorse, Solway Firth MCZ whose sand banks are resting places for seals, and Holderness Offshore MCZ which is important home for growing crabs and lobsters.

However, designation of these sites, referred to by some as ‘lines on maps’ is only the first step. Now we must focus on ensuring that all our Marine Protected Areas (Marine Conservation Zones and Special Areas of Conservation) are managed effectively – and the most damaging activities are prohibited to allow our amazing marine environment to recover.

We don’t know exactly what recovery will look like, but we do know that in the past when destructive activities were removed from areas such as Lyme Bay, the seabed’s plants and animals showed incredible resilience; even slow-growing and sensitive species such as sea fans and ross corals can reappear after just a few years.

So, to sum up, there’s much to celebrate… but the job isn’t finished. We need to ensure our Marine Protected Areas are well-managed so that these zones will contribute towards a network of areas which is urgently needed to ensure a healthy future for our seas. 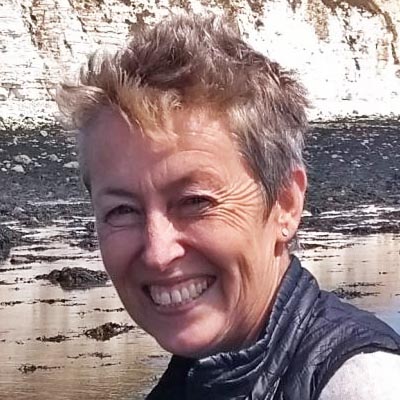