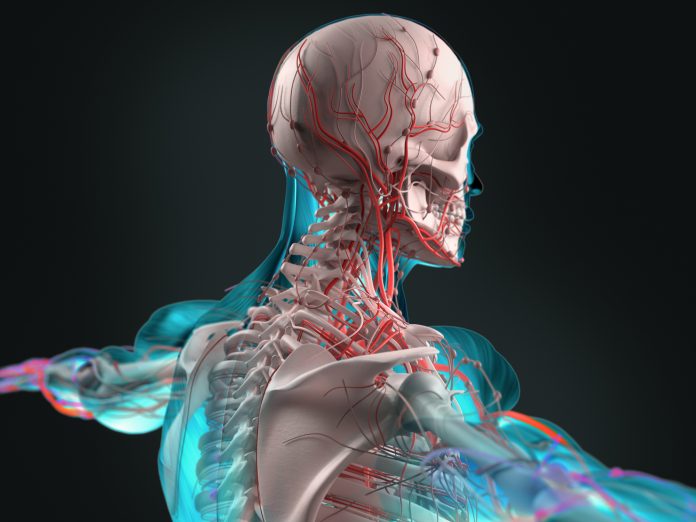 In this article, several authors discuss the integration of in vivo imaging and mathematical modelling in nanoparticle pharmacokinetics

Nanocarrier-based therapeutics and diagnostics hold the promise for generating advances in drug delivery and diagnostic imaging, respectively, given their ability to carry out targeted delivery of the cargo using passive or active targeting strategies. Nevertheless, according to a review of the literature from the past 10 years, the in vivo nanoparticle (NP)-based delivery efficiency to tumours has averaged only around 0.7% of the injected dose1. Additionally, the clinical translation of NPs has been hindered by insufficient understanding of their in vivo structure activity relationships (SAR).

To establish an understanding of the SAR quantitatively, we used an integrated in vivo imaging and mathematical modeling approach to obtain correlations between NP physicochemical properties and their in vivo biodistribution and clearance kinetics(2). Healthy female rats were injected with radiolabeled mesoporous silica nanoparticles (MSNs) and imaged over time using the single photon emission computational tomography/computational tomography (SPECT/CT) imaging modality.

The serial images were computationally quantified to obtain radioactivity concentration (surrogate for NP concentration) in various regions of interest (ROIs) across the body of the animal (Figure 1a). The kinetics data were used to develop a semi-mechanistic mathematical model (Figure 1b) and non-linear regression was performed to estimate important model parameters.

MSNs were selected for this study due to their high in vivo stability, ability to undergo surface functionalization, and precise synthesis control that allows for selection of particle size, shape, and pore size. In our investigation, MSNs were systematically varied in size, charge, and surface chemistry, in addition to their route of administration (intravenous or intraperitoneal). Three different surface chemistries for the indium (111In)-labeled MSNs were tested, (1) PEG-polyethylenimine (PEG-PEI), (2) PEG-quaternary amine (PEG-QA), and (3) PEG-trimethylsilane (PEG-TMS).

All three configurations presented nominal diameters of 50 nm, and average pore diameters of 3.5-3.8nm. Further, PEG-TMS was also tested for nominal diameters of 25, 90, and 150 nm to investigate the role of particle size in disposition kinetics. Zeta potential measurements showed that PEG-TMS MSNs were neutral, while PEG-PEI and PEG-QA were strongly positively charged.

As seen in Figure 1c, the radioactivity observed in the SPECT/CT images is produced collectively by NPs circulating through the vasculature of a ROI, and by NPs sequestered in the extravascular space of the ROI. The first group of NPs are still bioavailable for delivery to the target site, while the second group is trapped at non-target sites, unless already at the target. To mechanistically describe the generalized biodistribution of MSNs, the ROIs were classified into ‘sink-like’ and ‘source-like’ based on the high or low density of physiological traps present in the organ, respectively, where traps refer to the physiological and anatomical components found in the microvasculature of the organs, e.g., vessel wall fenestrations, interendothelial gaps, or resident macrophages3-4.

The classification of the organs was validated by the behavior obtained from the quantification of the SPECT/CT images. The sink-like organs, such as the liver and spleen, showed NP accumulation over time due to the activity of the traps causing NP retention in the extravascular space and thus loss of bioavailability.

Ci (t) = A ∙ (e–kout,i ∙ t – e –kin,i ∙ t) (1) where Ci is the NP concentration in organ i, A is the back extrapolated concentration of the decline phase at time t = 0, and kin,i and kout,i represent the uptake and elimination rate constant of NPs, respectively.

For both routes of administration, the area under the curve of heart concentration-time curve showed a strong negative linear dependence on particle size, suggesting that smaller size correlates with greater systemic bioavailability of MSNs. Furthermore, the trend in uptake rate constants suggested that the peritoneal cavity absorption of NPs following i.p. injection is independent of particle size, and the systemic bioavailability is primarily a function of the elimination rate parameter.

The half-life (t1/2) results indicated that smaller size correlates with a longer t1/2, and upon entering the blood stream, MSN kinetics is independent of the route of administration. This result emphasizes the in vivo stability of MSNs which is required for clinical translation. With respect to excretion, the TMS-coated MSNs of different sizes, regardless of the administration route, were excreted to comparable amounts. Finally, positively charged particles tended to be excreted out faster.

Through this study, we thus demonstrated the non-invasive imaging-based pharmacokinetic analysis of MSNs and established their SARs necessary for preclinical development and clinical translation.