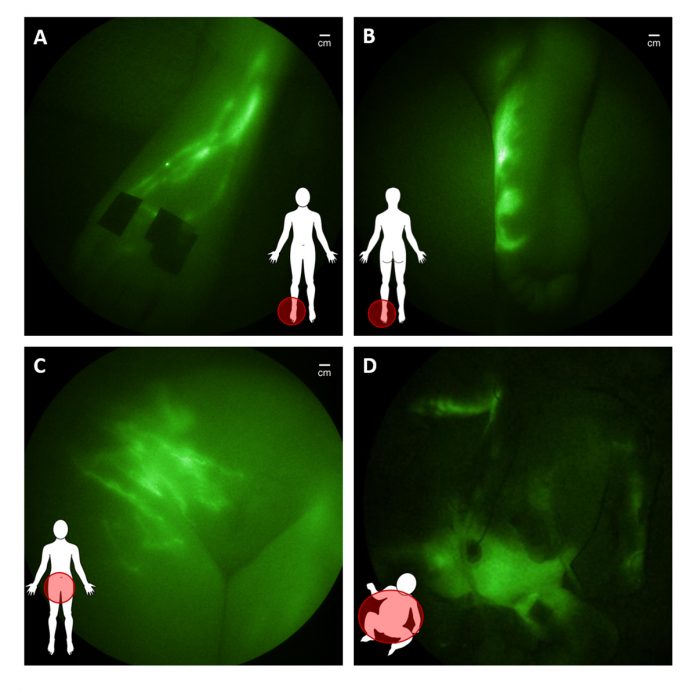 Medical imaging has transformed the entire spectrum of healthcare, from enabling discoveries in medical science and directing the development of therapeutic interventions, to providing the most optimal and efficient management of diseases in individuals. Yet conventional medical imaging modalities have particular limitations, especially when it comes to the paediatric populations in whom diagnosis and treatment arguably may have the greatest long-term benefit.

Whether it be the ionising radiation of computed tomography (CT) or x-ray imaging; the radioactivity of radionuclide-based imaging agents in nuclear imaging; the long scanning times of magnetic resonance imaging (MRI); or the need to administer substantial amounts of iodinated or gadolinium-based contrast agents whose long-term effects are questionable in adults, much less in infants and children; conventional medical imaging does not advance discoveries in paediatric medicine in the same manner it does in adult medicine.

Under development in our laboratories, near-infrared fluorescence (NIRF) imaging may uniquely meet the requirements for paediatric medical imaging. The technique depends upon administering a trace dose of non-radioactive dye that fluoresces in the near-infrared wavelength range and illuminating tissue surfaces with dim near-infrared (NIR) light that penetrates several centimetres to excite the dye, causing it to fluoresce. The resulting fluorescence is emitted from the tissues and is captured by an imaging system, consisting of military-grade night vision technology coupled to a digital image capture device.

Because of the superior sensitivity offered by the coupling of these two technologies, trace doses of fluorescent dye can be rapidly imaged with sub-second exposures at tissue depths as great as 3-4 centimetres. This unprecedented performance enables NIRF imaging to be used as a point-of-care diagnostic and removes the need for sedation otherwise needed for paediatric patients. Future developments include extending this depth and generating 3-D imaging, similar to CT or MR angiography.

Owing to its 60 year-record of safe use in humans at much larger doses, we currently employ indocyanine green (ICG) as the NIRF contrast agent, but other far brighter and more useful dyes remain to be translated into humans. ICG strongly associates with plasma proteins, making it an excellent hemovascular contrast agent and in our work, an excellent lymphovascular contrast agent that, when coupled with the NIRF imaging devices, has allowed some of the first glimpses of lymphatic vascular function in disorders of adults and children.

The lymphatic vascular system has largely escaped routine medical imaging and as a result, comparatively little is known about its role in health and disease. The open and unidirectional lymphatic system begins with the initial lymphatics that lie beneath the epidermis and line all organs. Waste products, immune cells and excess fluid (capillary filtrate) that enter the initial lymphatics are actively pumped through series of “lymph hearts” or contractile lymphangions that transit lymph through lymph nodes to the subclavian vein where the fluid returns to the blood vasculature (Figure 1).

There are few procedures to image the lymphatics: (i) lymphoscintigraphy, in which a radioactive colloid is injected to image lymphatic transport over several minutes to hours using nuclear imaging and (ii) lymphangiography, in which several millilitres of an iodinated or gadolinium-based contrast agent is injected into lymph nodes or into surgically isolated lymphatic vessels for MR or x-ray imaging, provide invasive and cumbersome diagnostic techniques. As a result, there is little understanding of how the lymphatic vasculature mediates immune response and returns fluid and lipids absorbed from the gut back into the hemovascular system.

Today, despite the paucity in procedures to image the lymphatics, it is generally accepted that it plays a critical role in several chronic conditions in adults, including autoimmune diseases, such as rheumatoid arthritis, cancer metastasis, peripheral vascular disease and neurodegenerative diseases. In children, lymphatic dysfunction has been hypothesized to accompany neurological diseases, such as specific forms of Autism, vascular malformations and cardiovascular deformities.

In translational studies funded in part by the National Institutes of Health and conducted under investigational new drug applications from the FDA, we have used the NIRF technology to dynamically image the lymphatics of over 400 subjects, including 30 infants and children. The imaging begins with an intradermal injection of 0.05- 0.1 mL of saline containing microgram amounts of ICG into the region of interest. ICG administration on the top of the foot results in immediate uptake into the main conducting vessels (Figure 2A) that proximally “pumps” ICG-laden lymph into the inguinal nodes before entering the central lymph channel that collects mesenteric and peripherally generated lymph for its return to the hemovascular system.

In children and adults with suspected lymphatic dysfunction, we have observed abnormal lymph drainage to the bottom of feet (Figure 2B), as well as pelvic, lymphatic congestion which in adolescents and young adults is associated with lower extremity lymphedema (Figure 2C) and, in some infants, with surgery-induced chylothorax (Figure 2D).

In other studies, concerning infants, we have uncovered impaired lymphatic pumping and imaged retrograde lymphatic drainage into the pleural cavity to ascertain the nature of impaired lymphatic return. These imaging observations, when coupled with genetic and immune profiling, could provide critical clues to develop effective treatments for the paediatric population suffering immune or cardiovascular disorders.

While we have used NIRF to interrogate lymphatic function in children and adults, it also has the unfulfilled potential to interrogate hemovascular function as well as cerebral spinal fluid production and drainage to address some of our most challenging problems in paediatric patients. In addition, the development of molecularly targeted NIRF agents expands the repertoire of imaging diagnostics in the paediatric population to advance therapeutic discoveries.

For more information on NIRF imaging in paediatrics and congenital diseases:

The University of Texas Health Science