Michael Jacobs, marketing and creative content specialist at GotVape.com, offers his insight into how medical marijuana has the potential to help people lose weight

Using marijuana and losing weight might seem like a contradiction. One of its most well-known effects is causing “the munchies”. In fact, this appetite increase is one reason why it became medically-approved in the first place. People on chemotherapy often lose all appetite without the help of marijuana.

We all know that eating too much is the main cause of weight gain.  So why would anyone ever recommend marijuana as a weight loss drug? Well, some new studies are revealing that the reality is more complicated than it seems.

Marijuana, cannabis to be more scientific, has a number of different compounds called cannabinoids. THC is the most famous because that is the one that makes you high. You might also know about CBD because that’s the one getting the most research for medical uses. CBD use doesn’t seem to cause weight gain. It’s not an appetite stimulant either.

So people using CBD oil alone without THC shouldn’t have to worry about gaining weight while using it. In fact, CBD can also counteract the effects of THC to balance out the hunger sensation. However, CBD alone doesn’t seem to help with weight loss.

But there are other cannabinoids. One in particular, THCV, may actually help you to lose weight. While THC increases appetite, THCV suppresses it. It also seems to have an effect on blood sugar regulation. Finding a strain with a higher amount of THCV could be the key to finding a strain that keeps your appetite down.

Marijuana is a plant, it’s not like a drug you get over the counter. This means that different strains of the plant have different proportions of cannabinoids. This is why dispensaries have lab results on their strains to show the proportions of different cannabinoids. Before you load up your dry herb vaporizer with flower, check these results first so you’ll get the effect you want.

There are other factors involved in weight loss besides what you put into your mouth. You also have to watch how much you burn. It may surprise you to know that we burn a lot of calories when we sleep. Thus, good sleep is important for losing weight. Poor sleep also increases hunger, as any insomniac or midnight snack lover will tell you.

If you suffer from poor sleep, you may want to seek out strains that have high CBD levels. CBD is responsible for the relaxation sensations from marijuana use. A 2017 study also said that it can help improve REM sleep and excessive feelings of sleepiness

Some people need to take THC-heavy strains to function. Does this doom them to obesity? One study in obese mice showed a paradoxical effect for using THC that may make the munchies not as bad as it seems. A 2015 study treated obese mice with THC for four weeks. Surprisingly, the heavier mice lost weight. But there was a difference in how it was administered.

Humans usually inhale marijuana, like through a vape pen. But these mice were fed THC orally. The researchers theorize that ingesting THC changed the gut flora of the mice so that they lost weight.  Our intestinal microbiome is a topic of intense research by scientists because it seems to control so many things about our behaviour and our bodily functions.

Indeed, it appears that long-term users of marijuana, despite the munchies phenomenon, do have a lower rate of obesity than non-smokers. They also have a lower rate of metabolic syndrome. This is a set of symptoms that pushes people toward obesity, diabetes, and other health problems caused by weight gain.

In the study, 8500 people responded about obesity and their marijuana use. 14% of the users had metabolic syndrome compared to 22% of the non-smokers. The question is now how much and how long would you have to take marijuana before you see a change in metabolic syndrome. More research is needed.

CBD also has another effect besides calming you down. CBD also makes you more focused on whatever task you’re doing. If you’re having trouble pushing yourself to do exercise, CBD could give you the focus you need to overcome your reluctance. It’s probably best to use it for repetitive cardio exercises like treadmill or cycling, and not resistance exercises like weightlifting.

We are in a golden time for cannabis research, but more study will be needed to see which combinations of cannabinoids will be the most effective for weight loss applications. But if you live in a state where you can use it, talk with your doctor and dispensary on experimenting with high THCV or heavy CBD strains for your weight loss goals. Avoid the ones with high THC because they increase appetite, or if you must take THC, you can counteract the appetite increase with CBD drops. 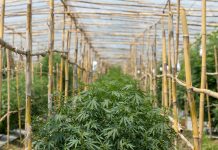 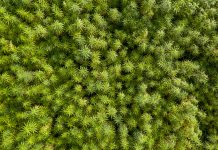 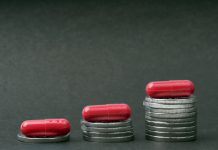 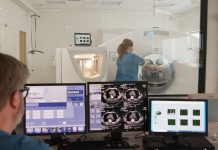 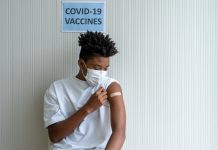 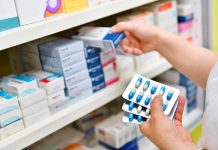