M. Danner and R.M Winglee from Department of Earth and Space Sciences, University of Washington, discuss the microscopic analysis of samples from penetrator impact craters

Natural impact craters with high impact energies (pressure range of about 25 to 55 GPa) generally display altered mineral structures throughout the base of the bowl crater. A notable example is diaplectic glass, which is created by melting a mineral through shock transformation.1 Different minerals require more energy to create diaplectic glass. The location of the altered minerals can “map out” the force/energy distribution within the crater, as long as the parent mineral is known. With natural craters, the force distributes rather equally in all directions, leaving the base of the crater relatively uniformly shocked.

Impact craters formed by the shaped penetrators, with their unusual morphology, therefore, should have a different map of energy distribution. This can be shown through microscopic analysis of various locations within the impact craters. Understanding where the highest forces are propagated within the impact crater and ejecta can help educate decisions of future sample locations, as well as predict the deformation an impact generated sample would undergo. It is believed the highest energies are seen within the collected sample ejecta, as well as directly sub-impactor. It is postulated the energy doesn’t rapidly disperse radially due to the depth of penetration; if the energy dispersed radially, the energy would disperse rapidly and the depth of the crater would be lessened.

Hand samples were collected from three impact craters: a 550 m/s into gneiss, a 600 m/s into granite, and a 500 m/s impact into granite with a thin regolith cover. Thin sections, roughly 0.03 millimetre thick sections of the sample, were created from four locations within each crater: the ejecta, sub-impactor, radially impact, and a control, as shown in Figure 1. For this paper, we will focus on the third impact into regolith and granite.

This particular impact had a roughly 10 cm layer of loosely consolidated regolith atop minimally weathered granite. This is important to note due to the varying porosity of the layers, with low porosity sediments requiring less pressure, down to 5 GPa, to create diaplectic glass.1 The roughly 23 kg impactor impacted with a velocity of roughly 500 m/s; The estimated force upon impact was an average of 3 MN, with a peak force of 6 MN. With the peak force and the average area of the nose cone, the highest impact pressure estimated is 7.4 x 10-1 GPa. This is much lower than the 5 GPa necessary to create diaplectic glass in even a porous material, however, this pressure may increase if the area is focused on the cutting edge of the impactor.

Upon analysis of the thin sections, shown in Figure 2, we can use the deformation/condition of the crystals to estimate the pressure that was distributed to that area of the crater. The control sample, with a large quartz grain, showed no immediate deformation and only minor weathering. The matrix, or finer-grained material in which larger grains are embedded, is evenly spaced with uniformly sized crystals. Sample directly radial to the crater wall demonstrated minor deformation, with a feldspar crystal being highly fractured, while the inclusion of quartz within the feldspar remained intact. The overall matrix seems to have been slightly disturbed but is still intact.

The ejected sample material showed a high degree of deformation to both the crystal grain, as well as the surrounding matrix. This sample was primarily unconsolidated, but a larger clast of quartz was sectioned; the quartz grain is highly fractured. Importantly, these fractures were uneven, rough and destroyed the border of the crystal grain, not the organised, contained fractures seen with shocked quartz. The third sample, the sub-impactor sample, shows a highly fractured quartz crystal with a finer matrix (in comparison to the control).

Notably, there is also possible diaplectic glass within the quartz crystal, as highlighted in part B of Figure 2. This could possibly mean there was a focalisation of the impact energy underneath the impactor that is greater than the estimated peak impact pressure estimated.

This possible diaplectic glass within the quartz crystal would greatly increase the projected impact force at that depth within the crater. The microscope analysis suggests it is glass but further testing using a microprobe is required to confirm the result. Additional, higher density thin sectioning of the crater’s hand samples will also help determine if other inclusions exist within the samples.

Thin sectioning and further analysis of samples from the two remaining craters will allow us to further catalogue and analyse the force distributions within the other two hard rock impacts. A different epoxy will be used that is highly dissimilar in appearance to diaplectic glass to reduce the possibility of error is the sample analysis.

With the additional thin sections, we can map out force distribution in the crater with a higher degree of accuracy. This would let us know where in the crater is most viable for sampling possible microbial life in different impact scenarios, such as a Kinetic sampler into the European surface. Importantly, this analysis shows not only that sampling by penetrator works, but that even with minor modification of the crystalline structure, overall much of the rock information of the sample is retained. This shows that impact sampling of asteroids and other extraplanetary bodies is a viable option for both scientific and mining missions.

*Please note: This is not a commercial 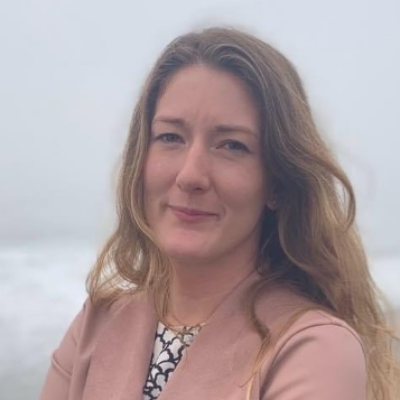