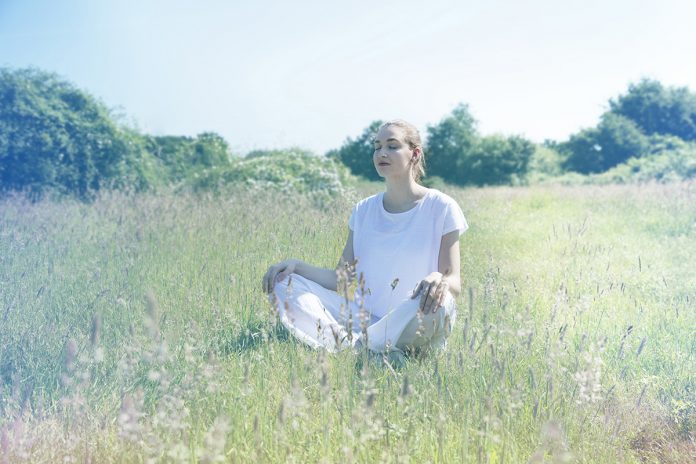 Stress, now the subject of major research, is something most of us in western society are familiar with. When prolonged, it has been linked to a myriad of physical and mental illnesses and disease and has proven to be particularly toxic for the psychological health of the poor. Not surprising then, that mental health issues seriously affect 1 in 3 people. To cope, we are presently offered two solutions, pharmaceuticals or psychological-based approaches. The first is costly and can have unwanted side effects, while the second, though medication- free, can have high initial costs but offers fewer side effects. This begs the question, could the potential benefits of the newer psychological approaches, such as Mindfulness-Based Interventions (MBI) prove to be significant?

Jon Kabat Zinn’s original Mindfulness-Based psychological approach, Mindfulness-Based Stress Reduction (MBSR) derives from his wish to help those who had “fallen through the cracks” of modern healthcare. He melded modern scientific rigour and Eastern Mindfulness practices and brought non-religious mindfulness into the mainstream of medicine and society. This ushered in the development of a new generation of psychotherapeutic interventions, such as Mindfulness-Based Cognitive Therapy (MBCT). As part of this wave, Karma Jiga, a practitioner highly trained in Eastern and Western-Based Mind­fulness, combined and adapted MBSR/MBCT techniques to develop an MBI (Headroom) suited to the needs of socioeconomic deprived (SED) populations (Jiga, Kaunhoven, & Dorjee, 2019).

Headroom is typical of most MBIs. It consists of a nine-week group mindfulness programme and a science-based psychoeducational component related to stress and wellbeing. Mindfulness may be characterised as the awareness and acceptance of what arises in and around you, as it happens. Acceptance is acquired through gradually learning to allow thoughts, feeling and emotions to come and go without judgement while sitting, standing, lying down, walking and talking, the very stuff of life itself! Thus, MBIs enable participants to see the programme’s relevance to life and living, and dispels the myth that meditation has no relevance to them or their way of life.

Empirical verification of a programme’s efficacy is important in any field nowadays. Fortunately, MBI research has, in the main, shown positive effects in a variety of populations ranging from moderate to significant. The effects of MBIs within SED communities, however, is a fledging area of study (a dozen or so studies). Karma Jiga’s Headroom research programme presents a unique, mixed method study from SED communities which, according to Mindfulness Journal’s editorial team, “will make an important contribution to the literature”.

Only 40 (20 test, 20 control) out of 107 applicants, adults (over 18) from SED communities completed Headroom. Their general and mental wellbeing were assessed before and after through a combination of widely-used and verified 5-point Likert self-report measures, (e.g.WHO-5 a & MAASd *), a unique pre- and post-course thematic analysis and two additional open-ended questions b,c, which allowed participants to express themselves. This distinctive mixed method study demonstrated significant reductions in stress, anxiety and depression. It also indicated an increase in awareness and wellbeing and better coping and long-term management of the toxic stress of living with chronic low income. This, despite the complicated cocktail of circumstances d,e, mental health issues f, genetic inheritance and the ineffective MAAS, which showed no significant change between groups.

According to the Cabinet Office, entrenched poverty results in 2½% of every generation suffering a lifetime of disadvantage, harm and genetic change, which, according to some affects brain development and long-term health over several generations. This, according to the Rowntree Foundation, costs the nation and public services dearly h. However, the UK Government commissioned reports affirm that MBIs, if part of a government wellbeing strategy, would make the poor easier to reach and save the nation money. It could reduce the burden on healthcare, social, family, education and mental health services. The NHS adoption of MBCT is perhaps an indicator of MBI potential.

Headroom demonstrates that community-based MBIs are not only feasible, acceptable, cost-effective and aid social cohesion, but, that they could be a useful and beneficial part of national and local government wellbeing policies. A grant-funded project, Headroom is delivered for free to those earning less than the real living wage in SED communities in Dundee, Scotland, where interest and participation are increasing as the word of its benefits spread. Headroom graduate successes include a community advocator for Dundee Health and Social Care Partnership through Advocating Together, as a voice for learning disability and autism in the city, and another, employed through SAMH (Scottish Association for Mental Health) by Chrysalis Tayside NHS to support mental health recovery and employability skills through therapeutic horticulture activities. To continue to build on such successes and expand the project city-wide, transfer the programme from city to city, and expand the research to better understand the mechanisms that bring about such positive change, funding is needed. Any help or suggestions would be greatly appreciated.

Ironically, while David Cameron was touting the need for a General Well­being Index alongside GDP, and his government were implementing draconian austerity measures that according to the UN, breached human rights and increased poverty in the UK, these same MPs were accessing MBIs in parliament! Surely, as they say in the UK, ‘what’s good for the goose, is good for the gander’!