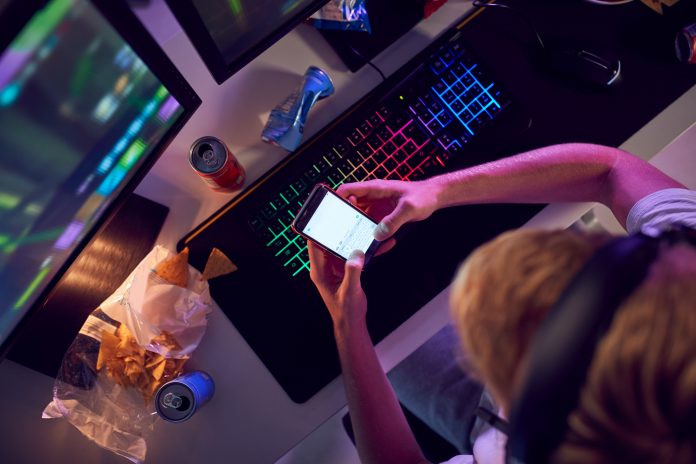 A survey of male football fans on UK football fan message boards, found openly misogynistic attitudes towards women’s sport – regardless of their age.

Football has largely been a male domain throughout the sports history. It has debatably continued to be one of the ‘last strongholds’ of male domination. This undercurrent of domination can foster a hostility, as it often results in a culture of violence.

Although progressive attitudes amongst men also persisted strongly throughout the survey, they weren’t as common as hostile and sexist attitudes. The media was seen as having a responsibility to promote women’s sport more.

The recent increased visibility of women’s sport has evidently led to a gain in viewers, especially since the 2012 London Olympic Games and the 2015 FIFA Women’s World Cup. Unfortunately, dominant misogynistic attitudes show a backlash against advances in gender equality.

Misogyny in sport reflective of a patriarchal society

The survey, with 1,950 male football fans who responded to a call for participants on 150 UK football fan message boards, mainly collected sexist attitudes and misogynistic outlooks.

The study, published in the academic journal Sociology – based on answers to the open-ended questions in the survey – found that fans could broadly be split into three groups:

Men with progressive attitudes showed strong support for equality in media coverage of women’s sport, with many saying that the 2015 FIFA Women’s World Cup had been a positive turning point in terms of representation.

More exposure to women’s sport was seen by researchers as a method of changing attitudes about sport to be more progressive, as well as inspiring girls at beginner levels and challenge assumptions about women’s ‘inferiority’ in sport.

Lead author, Dr Stacey Pope from Durham University’s Department of Sport and Exercise Sciences, said: “This is the first study to examine UK men football fans’ attitudes to women’s sport in an era in which women’s sport has experienced a significantly increased media profile.

“Our research showed that attitudes towards women in sport are, to some extent, changing, with more progressive attitudes. However, the findings are reflective of a patriarchal society in which misogyny is rife. There were numerous examples of men from across all generations exhibiting highly sexist and misogynistic attitudes.”

The backlash of promoting women’s sports

Of those who held openly misogynistic attitudes towards women’s sport, most believed so as they determined it to be inferior to men’s sport, especially with football.

Many additionally suggested women should not participate in sport at all, or if they did, it should be ‘feminine’ sports, such as athletics. ‘Positive discrimination’ or ‘PC nonsense’ were terms which were used commonly, presenting an extreme hostility towards increasing media coverage of women’s sport.

However, the last group of fans, the minority, would express progressive attitudes in public but in more private moments reveal misogynistic views of women’s sport – having the tendency to adapt what they said depending on the social situation or who they were with.

Co-author, John Williams from the University of Leicester, added: “The increase in media coverage of women’s sport on both the BBC and subscription channels was openly supported by some men. But it also clearly represents, for others, a visible threat, an attack on football as an arena for ‘doing’ masculinity.

“This is at a time when there are more widespread anxieties circulating among men about how to establish and perform satisfying masculine identities. For men like these, there was a pronounced anti-feminist backlash towards the women’s game.”

Looking at this specific area of sport, the study indicates that this research may assist the understanding of men’s varying responses to women in other settings such as the workplace, education, or creative industries.

Women’s sport only takes up less than 10% of annual print and TV coverage, however, there has been a new wave of coverage of women’s sport in the UK. The launch of the professional FA Women’s Super League, the success of GB women athletes at the London 2012 Olympic Games and Sport England’s This Girl Can campaign can be viewed as developments of recent women’s sports coverage.

Researchers from Durham University with researchers at the University of Leicester and University of South Australia call for more coverage of women’s sport to drive more gender equality and promote social justice.