Deforestation that started during the industrial revolution and the consumption of fossil fuels have led to a rapid increase in carbon dioxide in the atmosphere from 250 ppm to over 400 ppm over the last 150 years.(1) This increase in carbon dioxide concentrations co­incides with a global temperature rise. Both temperature and carbon dioxide concentrations increase orders of magnitude faster than they have ever done before in the last 400,000 years. These rapid changes are placing enormous stress on nature and agriculture at locations that are under threat of desertification.

Expectations are that global energy consumption will substantially increase within the next 25 years due to the massive migration of people from the lower class to the middle class. It is, therefore, important that renewable energy is implemented into the worldwide energy infrastructure at a terawatt scale.

It is also important that exploration of renewable energy does not go at the cost of nature, biodiversity or agricultural grounds, which are already under an enormous amount of stress. Solar and wind energy are most promising but suffer heavily from intermittency problems. It is, therefore, important to buffer the demand and availability of electricity through storage.

Herein it is important to note that batteries are expensive and heavy for the amount of electricity they can store.(2) Ideally, energy is best stored as a high-density fuel that is produced by, for example, the reduction of water to produce hydrogen gas in electrolysers. In addition, liquid carbon-based fuels can be obtained by reduction of carbon dioxide. Electricity can be regenerated in times and places of need by consumption of the synthetic fuel in fuel cells, thereby closing a fully sustainable cycle. 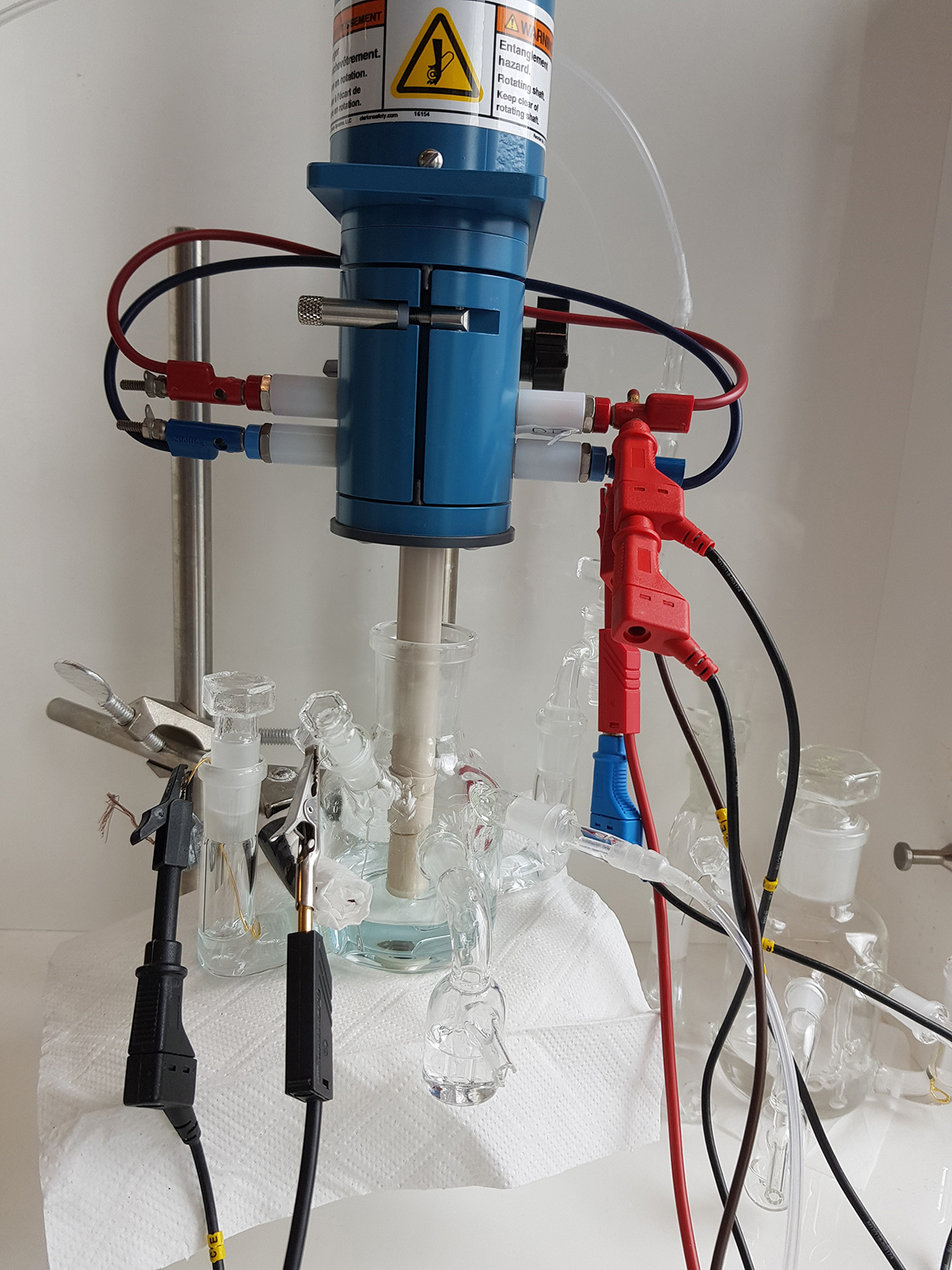 Nature has already found a way to convert solar energy into chemical bonds billions of years ago. Light is captured during photosynthesis and its energy used to synthesise NAD(P)H and ATP, while simultaneously producing oxygen. It is the synthesis of oxygen, which is produced simultaneously with hydrogen, that is the key bottleneck in the electrolysis of water.

The synthesis of ATP is essential since it is the energy source for all chemical processes taking place in biology, whereas NAD(P)H acts as a transporter of reducing equivalents. At the cost of ATP and NADPH, carbon dioxide is captured by RuBisCo during the Calvin cycle, which is an entry into several metabolic pathways, which includes the synthesis of glucose.

Hydrogen can be produced in biology at the cost of reducing equivalents by hydrogenases, while nitrogenases are capable of synthesising ammonia from nitrogen. Ammonia is the feedstock for the synthesis of every nitrogen-containing molecule in biology and therefore also an excellent fertiliser. At present, more than 1% of all energy consumed by mankind is due to the Haber Bosch synthesis of ammonia by the chemical industry.(3)

The catalysts that are currently employed in electrolysers and fuel cells are relatively simple in terms of structure. The catalysis community has learned to produce and consume oxygen with high catalytic rates at catalytic sites that have a very long lifespan.

However, these catalysts do suffer from efficiency problems and require a substantially higher voltage than strictly necessary from a thermodynamic point of view.(4) It is, therefore, interesting to note that Laccase, another enzyme that is capable of reducing oxygen to water, can operate at substantially more favourable potentials from an energy efficiency point of view.5 However, the lifetime under operating conditions and the sheer size of the enzyme – and thereby the electrode surface area that one would need – prevent the practical use of such enzymes in fuel cells.

In order to produce better catalytic systems for the energy conversion reactions that are of interest for our energy infrastructure, it is important to understand what principles make the enzymatic systems superior. Many years of very fundamental bioinorganic chemistry have led to the identification of key design principles of, among others, the oxygen reduction by cytochrome c oxidase, water oxidation by photosystem and hydrogen evolution by hydrogenases.

Also, massive improvements to our fundamental understanding of the nitrogen reduction reaction by nitrogenases have been made. This, in turn, has led to an entire scientific field that tries to apply these design principles in proof-of-principle devices that use electricity or even direct sunlight to fix energy in the form of chemical bonds.

In the laboratory of Hetterscheid, the electrocatalytic reduction of oxygen and the oxidation of water are studied in the presence of molecular catalysts that are inspired by the design principles taken from nature. The main focus of research is not to replicate the exact same structure as the active site cofactors present in enzymes.

In fact, typically accurate mimics of the active site of enzymes show poor catalytic performance in the absence of the peptide environment due to changes in the dynamics and coordination sphere of the catalytic site.

Mimicking these design principles from a function-point-of-view, however, has led in several occasions to catalytic systems that display significantly higher turnover frequencies than the enzymatic systems. The next challenge is to implement such bio-inspired catalytic systems into a practical application.