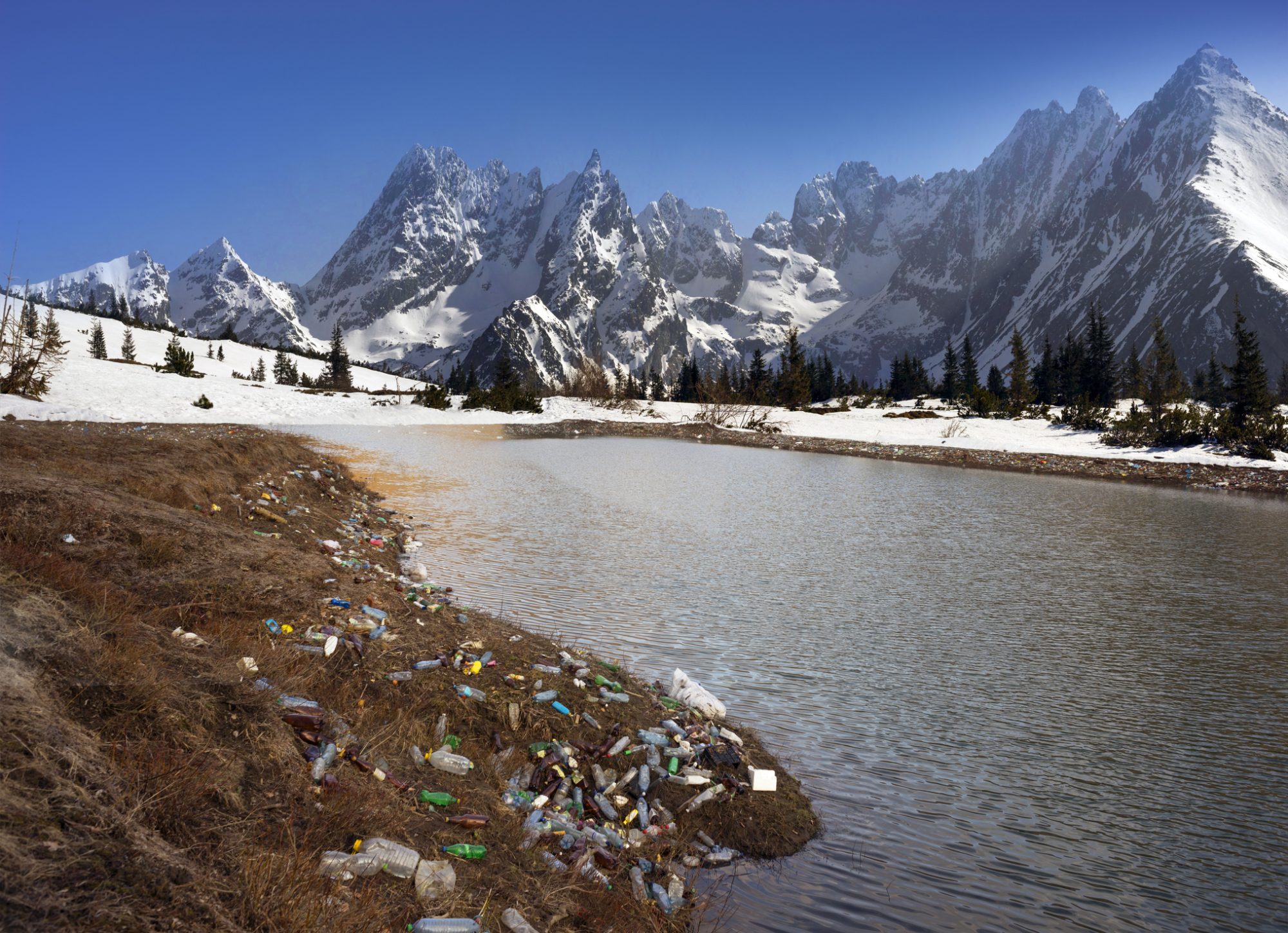 Plastic has been found everywhere, from pollution in the oceans, to microplastics in food – researchers have now located nanoplastics in the snow

According to a new study, nanoplastics can travel over 2000 kilometres through the air. Having been found in the Swiss Alps, researchers took to finding the amount of nanoplastic coverage, estimating that around 43 trillion miniature plastic particles land in Switzerland every year.

As the spread of nanoplastics through the air is still largely unexplored, this study is one of the first of its kind to fully examine this issue – making supporting research minimal.

However, this research could be the most accurate record of air pollution by nanoplastics ever made.

To count the plastic particles, researchers developed a chemical method that determines the contamination of the samples with a mass spectrometer. Though the exact number has been argued over – as these estimates are very high compared to other studies – the scientists aim to acquire more research to verify these numbers.

At the top of the mountain “Hoher Sonnenblick” in the “Hohe Tauern” National Park in Austria, scientists studied a small area at an altitude of 3106 meters in an observatory, serving as a base for the study on the spread of nanoplastics in remote areas.

Every day, regardless of weather conditions, scientists removed a part of the top layer of snow around a marker at 8 AM and carefully stored it. Contamination of the samples by nanoplastics in the air or on the scientists’ clothes was a particular challenge. In the laboratory, the researchers often had to remain motionless when a colleague handled an open sample.

The origin of the tiny particles was then traced with the help of European wind and weather data, finding that the greatest emission of nanoplastics into the atmosphere occurs in densely populated, urban areas like cities.

About 30% of the nanoplastic particles measured at the top of the mountain originated from a radius of 200 kilometres, mainly from cities.

Additionally considering the plastic spread from the world’s oceans which gets into the air through the spray of the waves – around 10% of the particles measured in the study were blown onto the mountain by wind over 2000 kilometres, with some of them being from the Atlantic.

Consumed by humans beyond food and drink

The researchers estimate that over 8300 million tonnes of plastic have been produced worldwide today, 60% of which is now waste. This waste erodes through weathering effects and mechanical abrasion from macro- to micro- and nanoparticles, causing pollution in a range of ways.

Discarded plastic is not the only source, as the use of plastic products such as packaging and clothing releases nanoplastics also. Particles in this size range are so light that their movement in the air can best be compared to gases – making it easy to enter human bodies through breathing as well as consumption through food and drink.

Other tiny particles from Sahara sand to brake pads, the world has many things in the air which are abrasive, so this research makes it unclear whether this kind of air pollution poses a potential health threat to humans.

However, nanoparticles, unlike microparticles, do not just end up in the stomach. They are sucked deep into the lungs through respiration, where their size may allow them to cross the cell-blood barrier and enter the human bloodstream. Scientists are thus far unsure of whether this is harmful or even dangerous to humans, but they are determined to research this potential threat.