If the UK Government is to meet its target of net-zero carbon emissions by 2050, then the widespread adoption of electric vehicles is key. When combined with a wider shift in how electricity is generated in the UK, electric vehicles truly do oﬀer a more eﬃcient alternative, with a lower carbon footprint than conventional internal combustion engines.
To date, drivers who have adopted electric vehicles are those with the ability to charge their vehicles either oﬀstreet, at home, and/or at work.

However, if the UK is to see more widespread adoption of electric vehicles, then the issue of providing suﬃcient access to electric charging points for those who do not have the luxury of oﬀ-street parking needs to be addressed. Indeed, with a growing recognition of the problems associated with poor urban air quality, the need for electric vehicle adoption to foster net-zero carbon emissions would appear to be greatest in locations that pose challenges in providing suﬃcient charge points.

Ameliorating any real (or perceived) barriers that drivers may have about getting access to an electric vehicle charge point and/or ‘range anxiety’ is crucial. One solution may be to provide charge points in public car parks, transport nodes, shopping centres, etc., allowing drivers to use their leisure time to fully recharge their vehicles. Providing enough residential on-street charge points will also be important. If suﬃcient charge points are provided, drivers would not be concerned about the ability to guarantee a space to re-charge when they return home after a journey, which may be the case at present due to relatively sparse charge points in towns and cities.

If there is to be a wider uptake in electric vehicles in the UK, then drivers need to perceive charge points as (i) accessible; (ii) in a good state of repair; and (iii) that a database of their locations (e.g. for use via a smartphone app or similar) is accurate and up to date so that a charge point can always be found when needed.

The government’s recent announcement to double residential street charge point funding and increase access to real-time information can, therefore, only be welcomed, but it may not be a silver bullet. Typically, residential charge points work based on delivering a slow charge over the course of the night (e.g. over nine hours) so that the vehicle is charged and ready to go in the morning). While this may be suitable for the ‘normal’ commute for many drivers, those taking ‘out of the ordinary’ journeys – or deviating from their normal routine – may still have concerns.

The future of electric vehicles in the UK: The “new normal”?

One way in which Britain can bounce-back from COVID-19 is evidenced by the UK Government’s ambition to build “a network of rapid charging stations for electric cars,” said Transport Secretary, The Rt Hon Grant Shapps MP during May 2020. (1) The UK Government had a vision that each motorway service area will have no less than six ultra-rapid charge points by 2023. In the future, it is anticipated that drivers can charge their cars in around 15 minutes, which is three times quicker than they can today. (2)

The Transport Secretary recently remarked that while the car industry has of been very badly hit during the COVID-19 crisis, sales ﬁgures for April 2020 tell us that for the ﬁrst time, “the two biggest selling models were both electric vehicles.” Shapps added that to keep the momentum of the “quiet, clean car revolution going”, £10 million of funding will be allocated to support extra car-charging points. The Transport Secretary provided some additional thoughts that follow on from this ambition. “The car will remain the mainstay for many families and, as well as backing electric infrastructure, we’re going to accelerate the ﬁlling of pot-holes that plague so many road users,” he commented.

It is interesting to note as part of tough new standards for cycling infrastructure, the UK Government is aiming for “at least one ‘zero-emission city,’ with its centre restricted to bikes and electric vehicles,” the Transport Secretary added. (3) Finally, a comment by the Transport Secretary sums up well the UK Government’s ambition for making electric vehicles the “new normal” of the future. “We want to make electric cars the new normal, and ensuring drivers have convenient places to charge is key to that,” Shapps said. (4)

As an expert in the ﬁeld of battery technology, Stephen Irish, Commercial Director at Hyperdrive Innovation, comments that a solution to this issue may be the provision of ‘fast charge’ points. If a number of these are distributed in the community at accessible locations amongst slower ‘normal’ charge points, then drivers can opt to charge their vehicle with a fast charge point when they are going to make such a journey.

Stephen notes that there are downsides, however. Fast charge points work by delivering much higher power to electric vehicle batteries, which can create excess heat and result in the batteries and charging circuitry becoming extremely hot. Not only is this much more ineﬃcient, but in some cases, it may also require some degree of active cooling. Moreover, if repeated frequently, the use of fast charging can rapidly degrade the car’s battery. 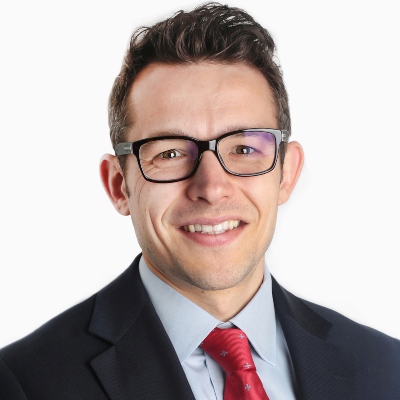