Jacqueline Bowman-Busato, EU Policy Lead at the European Association for the Study of Obesity, explains why obesity in Europe is an urgent and relevant health priority for policymakers, NGOs, research funders, health professionals and the public

In Europe, obesity has tripled since 1980, and in 2014, more than 224 million adults with excess weight were affected, of which almost 80 million had obesity. Obesity and overweight are responsible for 10-13% of deaths in different parts of Europe, making it the fourth most important cause of ill health and premature death in the region today.

This is not merely a “health policy portfolio” question to be addressed. The fact is that ill-health due to living with obesity has a direct impact on the overarching economic health of countries. Overweight reduces the gross domestic product by 3.3% in OECD countries. Overweight effectively reduces the workforce by 28 million people per year due to reduced employment.

Obesity has been recognised as a chronic disease by the World Health Organization’s ICD (International Code of Diseases), and has been brought into law in the European Union (EU) Member States such as Portugal and most recently, in Italy. The unfortunate reality is that due to a lack of widespread basic understanding of the underpinning factors which lead to the onset of obesity as a chronic disease (biological as well as Exposome), as well as the disease progression pathways – the most effective measure across research, policy, health professionals and with the public has never been adopted – that of systematically treating obesity in the same way that we approach other chronic diseases.

It is quite clear that a more holistic and systems approach needs to be adopted if we are to start sustainably stemming the tide of this pandemic in Europe. The numbers are extremely concerning and speak for themselves. If Europe approached obesity like other major chronic diseases, across policy and practice, a number of disease prevention, treatment and long- term management results would improve. If Europe adopted a harmonised framework for the development of National Plans on obesity as we have done already at EU level for other major chronic diseases, with a clear understanding of the biological pathways to obesity, then not only would European countries establish life course data gathering and harnessing for research, primary, secondary and tertiary prevention measures. That data would also be linked to existing registries and Reference Networks for complications of obesity, such as cancers, Type 2 diabetes, cardiovascular infarctions and certain respiratory disorders.

Obesity would be a diagnosis in its own right rather than a “public health issue” or a so-called “risk factor” for the 230 complications of obesity. This would mean that all health professionals covered under the 2005 Professional Qualifications Directive of the European Commission would have the opportunity to have obesity integrated into their learning at university, as well as continuous education curricula. Furthermore, discriminatory practices towards people living with severe obesity would have the right to be classified under the disability discrimination legislative packages at EU and Member State levels. Employers would be obliged to include both mental as well as physical health “reasonable accommodation” policies of inclusion into their working practices and policies. It would allow a truly integrated approach to treatment and linkages with other co-morbidities. Research agendas would be impact-driven.

Most importantly, a clear understanding of obesity as a chronic disease would allow policymakers and all actors to adopt a mission-driven approach to stemming the tide as opposed to the current segmentation of the full system map, cherry-picking and overly simplifying one element (public health) which is not being informed by the biological pathology of the disease onset or progression pathways.

Moving forwards, it is key to have all actors not only empowered, but also engaged to take this new comprehensive systems approach to obesity. Attitudes underlined by myths are long since embedded in our minds. To make a change in the obesity figures, but most importantly in the lives of those at risk of or already living with obesity, there needs to be a change in attitude towards the disease at a societal level.

Part of the shift will be for policies to be open to be informed by the evidence on the onset and disease progression of obesity along with how the environmental factors (exposome) interlink and influence a system’s ability to support effective long-term management of the disease.

Sectors that can influence health and obesity, to encourage a policy to practice approach

When taking a chronic disease approach to obesity, it means that all sectors can play a positive role in stemming the tide. The best and most urgent thing for everyone to do is to be aware of the different pathologies causing the onset of obesity, divesting their embedded myths of “eat less move more” and working in a joined-up, mission-driven manner to find solutions for preventing, treating and managing obesity along the life course and using a system-wide approach. 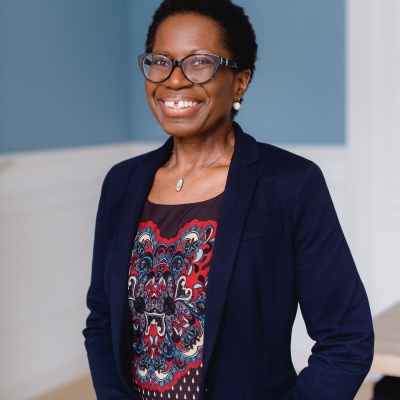