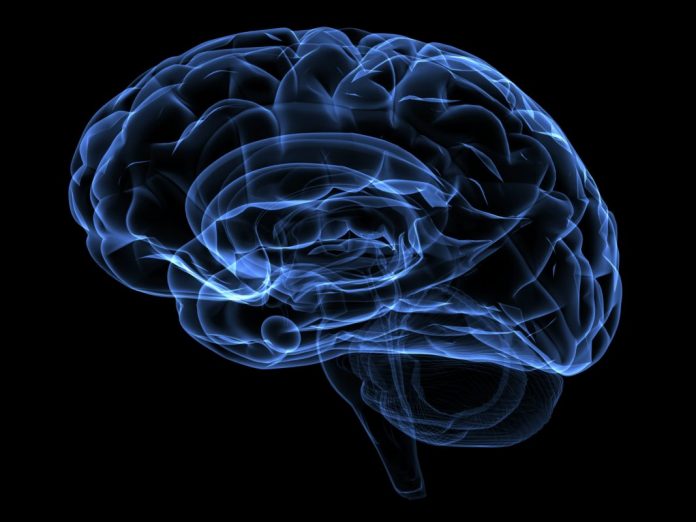 Parkinson’s disease (PD) is the second most important age-related neurodegenerative disorder in developed societies, after Alzheimer’s disease. It has a prevalence ranging from 41 per 100,000 in the fourth decade of life to over 1,900 per 100,000 in people over 80 years of age. As a movement disorder, the PD phenotype is characterised by rigidity, resting tremor, and bradykinesia. PD-related neurodegeneration is likely to occur several decades before the onset of the motor symptoms. Potential risk factors include environmental toxins, drugs, pesticides, brain microtrauma, focal cerebrovascular damage, and genomic defects. PD neuropathology is characterised by a selective loss of dopaminergic neurones in the substantia nigra pars compacta, with widespread involvement of other CNS structures and peripheral tissues. Pathogenic mechanisms associated with genomic, epigenetic and environmental factors lead to conformational changes and deposits of key proteins due to abnormalities in the ubiquitin-proteasome system together with dysregulation of mitochondrial function and oxidative stress.

An example of this is E-PodoFavalin-15999 (Atremorine®), a novel biopharmaceutical compound, obtained by means of non-denaturing biotechnological procedures from structural components of Vicia faba L., for the prevention and treatment of Parkinson’s Disease. Preclinical studies (in vitro) revealed that Atremorine is a powerful neuroprotectant in (i) cell cultures of human neuroblastoma SH-SY5Y cells; (ii) hippocampal slices in conditions of oxygen and glucose deprivation; and (iii) striatal slices under conditions of neurotoxicity induced by 6-OHDA. In vivo studies showed that Atremorine (i) protects against 1-methyl-4-phenyl-1, 2, 3, 6-tetrahydropyridine (MPTP)-induced dopaminergic neurodegeneration; (ii) inhibits MPTP-induced microglia activation and neurotoxicity in the substantia nigra; and (iii) improves motor function in mice with MPTP-induced neurodegeneration. Clinical studies in untreated patients who receive Atremorine for the first time (never treated before with antiparkinsonian drugs) revealed that Atremorine enhances dopaminergic neurotransmission and increases plasma dopamine levels by 200-500-fold. In patients chronically treated with L-DOPA or other antiparkinsonian drugs, Atremorine induces a dopamine response of similar magnitude to that observed in previously untreated patients. This pro-dopaminergic effect can be attributed to the rich content of natural L-DOPA (average concentration 20 mg/g) in the composition of Atremorine.

However, the neuroprotective effect of this nutraceutical product on dopaminergic neurones, as demonstrated in in vitro studies and in animal models of PD, cannot be attributed to L-DOPA alone, but to other intrinsic constituents (selective neurotrophic factors) of the compound. 100% of untreated PD patients exhibit a dramatic hypodopaminemia, with plasma levels of DA below 20 pg/mL, and PD patients under long-term treatment with L-DOPA and/or conventional antiparkinsonian drugs experience a hyperdopaminemic status which might be responsible for (i) the clinical improvement of PD cardinal symptoms in the short-term, (ii) the ‘wearing-off’ phenomenon, (iii) motor fluctuations and dyskinesia, (iv) systemic complications (gastrointestinal disorders, cardiovascular problems, hormonal dysregulation), and (v) neuropsychiatric disorders (depression, anxiety, toxic psychosis). Atremorine is an option to minimize the ‘wearing-off’ phenomenon, extending the therapeutic effect of conventional antiparkinsonian drugs, and reducing potential side effects, since the co-administration of Atremorine with other antiparkinsonian drugs allows a dose reduction of conventional drugs by 25-50% with enhancement of clinical benefits and reduction of short- and long-term adverse drug reactions.

Atremorine is a powerful enhancer of plasma catecholamines (noradrenaline, adrenaline, dopamine), with no apparent effect on serotonin. Catecholamines are processed by 3 main nuclei (A8-retrobulbal, A9-substantia nigra pars compacta, A10-ventral tegmental area) arranged in the mesencephalic region where the mesostriatal, mesolimbic, and mesocortical pathways are organised. Midbrain dopaminergic neurones in the ventral tegmental area and noradrenergic neurones in the locus coeruleus are major sources of dopamine and noradrenaline to the prefrontal cortex, where these amines regulate cognition, behaviour, and psychomotor function. Noradrenaline, adrenaline, dopamine, and serotonin play a central role in CNS and gut pathophysiology. Dopamine and noradrenaline are involved in the chemical structure of neuromelanins in the substantia nigra and the locus coeruleus, respectively. Dopamine, 3, 4-dihydroxyphenylacetic acid (DOPAC), 3, 4-dihydroxyphenylethanol (DOPE), and 3, 4-dihydroxyphenylalanine (DOPA) are mainly responsible for the structure of neuromelanin from substantia nigra, while noradrenaline, 3, 4-dihydroxymandelic acid (DOMA), and 3, 4-dihydroxyphenylethylene glycol (DOPEG) are responsible for the structure of neuromelanin from locus coeruleus.

Deficiencies in these monoamines are currently found in Parkinson’s disease. Hypoactivity of the dopaminergic and noradrenergic systems in the brain stem are related to non-motor and motor symptoms in PD. Dysregulation of these neurotransmitters is also involved in a variety of gastrointestinal symptoms in PD, and all of them appear to contribute to neurotransmitter and autonomic dysfunctions in PD, including mechanisms of L-DOPA-induced dyskinesia and cardiovascular dysautonomia. Therefore, appropriate doses of Atremorine alone, or in combination with low doses of conventional anti-PD drugs may benefit PD patients in whom the biosynthetic apparatus of the catecholaminergic system is damaged. The increase in noradrenaline induced by Atremorine may contribute to clinical improvement and neuroprotection since the noradrenergic neuronal loss in the locus coeruleus is exacerbated in PD. Lewy pathology in the locus coeruleus, the brain’s main source of noradrenaline, precedes that of the substantia nigra, and may be one of the very first pathogenic events in PD. Oxidised noradrenaline exerts a neuroprotective effect and may even prevent the formation of toxic and higher molecular weight α-synuclein oligomers associated with PD. Noradrenergic neurones innervate the substantia nigra. The locus coeruleus orchestrates the other major catecholaminergic nuclei, such as the substantia nigra and raphe nuclei. In this regard, it has been suggested that neuronal loss in the locus coeruleus and the accompanying noradrenergic deficiency constitute an important pharmacological target for the treatment of PD. Atremorine also regulates hormones which appear altered in PD.

The real potency and pharmacodynamic and pharmacokinetic properties of Atremorine are highly influenced by genetic and pharmacogenetic factors. The condition of extensive (EM), intermediate (IM), poor (PM) or ultra-rapid metaboliser (UM) associated with different CYP variants, and the inheritance of the APOE-4 allele as well, influence the Atremorine-induced dopamine response in PD patients. Although practically 100% of the patients respond to Atremorine, the magnitude of the response is modulated by the pharmacogenetic profile of each patient. For instance, in absolute values, CYP2D6-PMs exhibit the lowest basal dopamine levels and a response to Atremorine which is lower than that of CYP2D6-EMs or IMs; however, CYP2D6-UMs show the highest basal dopamine levels and the most spectacular response to Atremorine. The 3 major CYP2C19 genophenotypes show a similar response to Atremorine; in contrast, comparatively, CYP2C9-IMs and CYP3A4/5-IMs are the best responders and CYP2C9-PMs and CYP3A4/5-RMs are the worst responders to Atremorine. 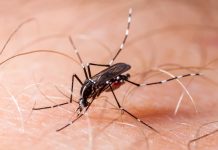