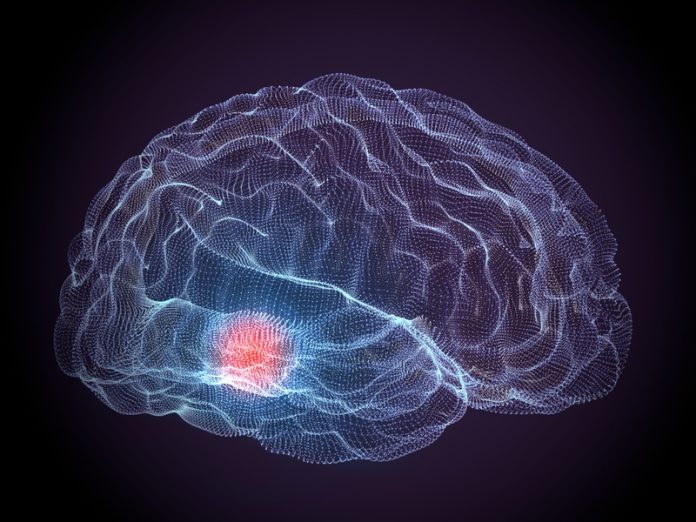 Dr Mehis Pilv, CEO and business development lead at Genecode, discusses the strides being made in Parkinson’s disease research

Parkinson’s disease is a slow but progressive neurodegenerative disorder. About 1% of people aged above 50 are affected worldwide. In Europe alone 1.2 million people suffer from Parkinson’s disease, 127,000 of whom reside in the UK. According to Imperial College London, the direct and indirect costs to British society are roughly £2 billion each year. These costs are expected to rise with increasing life expectancy.

The hallmarks of Parkinson’s include general slowing and paucity of movement, increased rigidity, reduced facial expression and an emerging tremor in one or both hands. While these symptoms are instrumental in diagnosis, the disorder is – by then – already ongoing for several years. Before being diagnosed with Parkinson’s disease (PD), patients will have suffered a number of prodromal symptoms such as loss of smell, constipation, depressive periods, sleep disorders, lack of motivation, cognitive decline and more for several years. Each separate symptom may not have been worth visiting the GP and the symptoms do not present themselves in every patient nor in any specific sequence. Somewhere between 50 and 60 years of age, however, patients eventually develop tremors and will be referred to a neurologist and diagnosed.

In the late 1950s and early 1960s, Hornykewicz and fellow neurochemists demonstrated a clear depletion of the neurotransmitter dopamine in striatal tissues (called caudate-putamen in man) of Parkinsonian brains. Moreover, correlating the extent of depletion with clinical records, it became clear that by the time patients got diagnosed with PD, 60-80% of dopamine was lost when compared to healthy people of the same age. Moreover, this depletion of dopamine was matched by a 40-60% loss of dopaminergic cell bodies in the substantia nigra, the origin of the dopaminergic nerve cells projecting onto the striatal brain tissue. Two important conclusions are that by the time PD is diagnosed, the patient has already lost their erstwhile massive dopamine reserve. Secondly, about 50% of dopaminergic cells are still alive and offer a promising basis for protecting these cells and restoring adequate dopamine neurotransmission, which is the basis for Genecode’s innovation.

With the neurochemical basis for PD in hand, many research groups worldwide quickly built a comprehensive framework to monitor dopaminergic neurotransmission and to create methods that compensate for the progressive loss of dopamine in PD. Why dopaminergic cell loss speeds up in some people is still unknown. However, patients have benefited greatly from the use of the dopamine precursor L-DOPA which is converted into dopamine in the brain.

With such replenishment patients regain control of voluntary movements and tremors and ancillary symptoms are limited. As L-DOPA therapy turned out to have a limited window of opportunity, the introduction of dopamine-mimetic drugs like Pergolide, Lisuride, Pramipexole and Talipexole, proved to be very effective to normalise motor symptoms in PD patients and to delay the need for L-DOPA as the final recourse to suppress PD symptoms.

Looking back on more than 50 years of Parkinson’s research, and appreciating the enormous progress that has been achieved, still, neurologists have little option but to treat only the symptoms.

Victor Hamburger and Rita Levi-Montalcini found in their research on neurodevelopment that certain humoral factors could control the development of neural contacts. These factors were secreted by target organs such as muscle and stimulated connections between the nerve cells and their target organs. Levi-Montalcini and Stanley Cohen subsequently identified the prototypic neurotrophic factor Nerve Growth Factor (NGF), which quickly expanded with the identification of BDNF, CNTF, NT-3, NT-4, CDNF and MANF. We now know that the target-derived neurotrophism is a universal principle with the peripheral nervous system. It is logically assumed that this also applies to the formation of neural circuits in the brain to initiate and maintain neural circuits. This complex interplay between various cell systems and its dynamics during development and adulthood makes a challenging landscape and is extremely relevant for neurodegeneration as well.

In that context, Lin et al. in the biotech company Synergen, discovered glial cell-line derived neurotrophic factor GDNF – a dimeric complex of glycosylated proteins – that was able to rescue dopaminergic neurons in vitro. This was quickly confirmed and extended towards animal experiments. Based on the accumulated preclinical data on GDNF, several clinical trials were subsequently conducted to demonstrate GDNF’s importance in Parkinson’s. Although some clinical benefits were seen in a few small phase I/II open-label studies with GDNF and its close congener Neurturin, the placebo-controlled large scale trials failed to reach their primary end-points. As GDNF protein does not pass the blood-brain barrier and as local brain injections do not warrant adequate distribution, the therapeutic use of GDNF appears complicated.

While neurotrophic factors were being discovered, other research groups focused on their receptors. Mart Saarma and coworkers at the University of Helsinki (Finland) and a few other research groups independently identified the GDNF receptor. The GDNF receptor is made up of a signalling moiety RET and a ligand-binding moiety, called GFRα. Together they form a high-affinity receptor for GDNF. Shortly thereafter, three more GFRs were identified which show preference to either GDNF (GFRα1) or three of its close congeners, Neurturin (GFRα2), Artemin (GFRα3) and Persephin (GFRα4). These GFRs all need RET to exert their effects upon activation.

As GDNF protein is not practical as future PD therapy, Mart Saarma and Mati Karelson (University of Tartu, Estonia), together with Mehis Pilv and Tom Waldin founded Genecode to identify small molecules that mimic GDNF and trigger neurotrophic signalling in dopaminergic neurons. High throughput screens made by Maxim Bespalov in Saarma’s laboratory delivered several hits activating GDNF receptors. Subsequent optimisation of these hits by computational modelling methods by Mati Karelson and his team improved their biological activity. Yulia Sidorova and coworkers in Saarma’s lab demonstrated that some compounds showed neuroprotection and promotion of neurite outgrowth, similar to the effects of GDNF. Surprisingly, in animal models selected GDNF-mimetics were found to restore dopaminergic neurons weeks after they were lesioned by neurotoxins. Thus, GDNF-mimetic small molecules can protect and regenerate dopaminergic innervation patterns in striatal brain areas which results in normalised motor behavior.

With protection and restoration of dopaminergic neurons by small molecule GDNF-mimetics, Genecode has established the GDNF receptor as a druggable target. With the advent of GDNF mimetics, the degeneration and death of remaining dopaminergic neurons can be stopped and surviving cells can be stimulated to reinnervate the striatum and restore adequate dopamine levels to regain movement control. The present compounds are in the process of further preclinical development but they need to be further improved and thoroughly evaluated for both efficacy and safety before they can be tested clinically in man.

With its GDNF-mimetics, Genecode opened a novel chapter in PD research with the hope of actually curing Parkinson’s disease. For patients and their treating neurologists, future therapy would consist of GDNF-mimetic drugs alone or in combination with dopamine-mimetic drugs. Genecode believes that with GDNF-mimetics PD patients may continue an active lifestyle without Parkinsonian symptoms, thereby effectively curing an otherwise progressive neurodegenerative disorder. Improved monitoring of prodromal symptoms would further contribute to neuroprotective therapy and would positively impact on the burden to society.