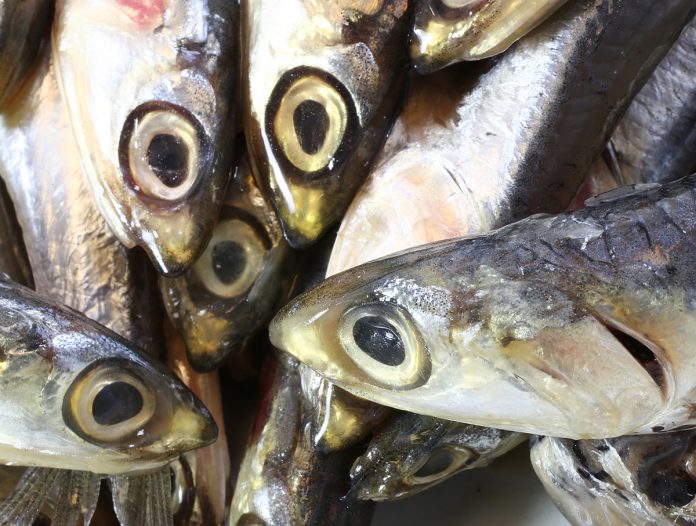 Turid Rustad from the Department of Biotechnology and Food Science, NTNU, reveals the challenges and possibilities when it comes to the utilisation of pelagic fish, including catch that is used for human consumption

Pelagic fish are fish living in the pelagic zone of the ocean or lakes. The pelagic zone is the largest habitat on earth and pelagic fish, therefore, encompass a wide variety of different species. They are categorised as coastal or oceanic depending on the depth of the water they live in. The coastal pelagic fish usually live around depths up to 200 meters while the oceanic live at depths below the continental shelf.

Pelagic fish species such as anchovies, sardines, shad and menhaden belong to the coastal pelagic fish while mackerel, tuna, swordfish and sharks belong to the oceanic group. However, there are no strict boundaries between the groups.

Seafood is a good source both of high-value proteins and also valuable lipids. Most of the fish stocks are already fully fished or overfished so there is a need for a better utilisation of the catch. This includes both reducing waste and increasing the amount of the catch that is used for human consumption.

Tuna makes up one of the main products that is consumed in Europe and is mainly consumed as canned tuna but herring is also among the main fish products consumed in Europe. Pelagic fish species such as herring and mackerel are also among the main species exported from the EU. The total amount of small pelagics caught in the EU in 2016 was around 1,800,000 tons and the import and export were 600,000 and 690,000 tons respectively. The consumption of these species was around 1,700,000 tonnes.

Most of the Atlantic herring and mackerel landed in Norway and Ireland is frozen and exported (600,000t) to other countries for processing. Most of the Baltic pelagic fish (sprat and herring) is used for fish meal because of the lack of a consumer market.

Pelagic fish is a valuable food source due to its high nutritive value and essential nutrients such as long-chain omega-3 fatty acids – docosahexaenoic acid (DHA) and eicosapentaenoic acid (EPA), fat-soluble vitamins (E and D) and easily digestible proteins. However, the healthy omega-3 fatty acids are highly susceptible to oxidation resulting in loss of nutritional quality and formation of oxidation products with a negative impact on consumer acceptance.

Minimising oxidative deterioration of lipids during processing and storage is, therefore, highly important to deliver safe and healthy products. Fish contain high-quality proteins, with high digestibility containing all essential amino acids. During processing, the proteins can lose functional and chemical properties reducing digestibility and nutritional value. In pelagic fish, the control of histamine formation (scombroid poisoning) is important for safety.

The lifestyle and dietary patterns of people are changing. In the western world, the more time-stressed lifestyle has led to an increased intake of processed and fast food. Today there is an increasing consumer demand for convenient, healthy food that at the same time is more fresh-like (less processed) but still are safe and have a long shelf life. This necessitates the development of and adaptation of new processing and preservation methods, as well as the development of new minimally processed foods where the valuable nutrients are well preserved.

Using pelagic fish and meeting consumer expectations for healthy food, will increase the use of pelagic fish for human consumption will both improve population health but also be beneficial for local fish processing.

The shelf life of chilled stored mackerel is very short and after nine days of chilled storage, the content of biogenic amines (histamine) was too high, thereby, jeopardising the safety of the raw material.

High-pressure processing has also been shown to be a promising method to increase the shelf life of smoked mackerel. Sous-vide (under vacuum) cooking uses lower and controlled heating temperatures leading to preservation of both quality and nutritional components. This method can, therefore, be used to prepare ready to eat/ready to cook products where the healthy components are preserved.

The development of ready-to-eat or ready to cook products from pelagic fish can result in a higher fish intake in the population – which could contribute to a higher intake of omega-3-fatty acids and also provide many other essential nutrients such as vitamins and proteins.