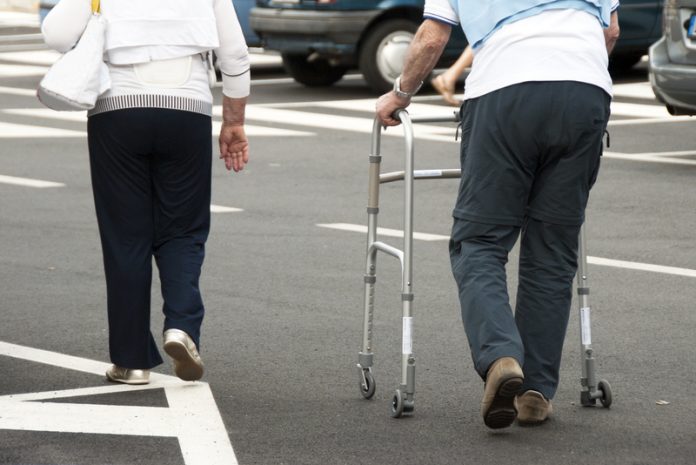 Alzheimer’s disease (AD) is a major problem of health in developed countries and the most prevalent form of dementia, representing the 6th cause of death in the U.S, with and age-adjusted death rate of 25.4 per 100,000. Genomic, epigenomic, cerebrovascular, metabolic and environmental factors are potentially involved in the pathogenesis of AD. The age and sex-related syndromic profile of Alzheimer’s reflects, at least, a tetravalent phenotype: (i) a neuropathological component (classic hallmarks: senile plaques, neurofibrillary tangles, neuritic decarbonisation, neuronal loss); (ii) a neurobehavioral component: cognitive deterioration, behavioural changes, functional decline; (iii) an age-related biological component (direct-, indirect-, and unrelated biochemical, hematological and metabolic phenotypes); and (iv) gender-related phenotypes. According to this heterogeneous, complex clinical picture, the therapeutic intervention in dementia is polymodal in order to modify the expression of all these complex phenotypes. AD patients present concomitant disorders including hypertension (20-30%), overweight or obesity (20-40%), diabetes (20-25%), hypercholesterolemia (more than 40%), hypertriglyceridemia (20%); excess of urea (more than 80%), creatinine (6%) and uric acid (5%); alterations in transaminases (ASAT, ALAT, GGT)(>15%), alkaline phosphatase (14%), bilirubin (17%), and ions (more than 10%); deficits of iron (5%), ferritin (3%), folate (5%), and vitamin B12 (4%); thyroid dysfunction (5-7%), and reduced levels of RBC (3%), HCT (33%), and Hb (35%).

Cardiovascular disorders (more than 40%), atherosclerosis (more than 60%), and different modalities of cerebrovascular damage (more than 60%) are also frequent among patients with AD. Most of these biochemical, haematological and metabolic anomalies exhibit gender differences and may contribute to accelerate the dementia process. The pharmacological treatment of these concomitant pathologies adds complexity and risks to the multifactorial therapeutic intervention in patients with dementia. Of major relevance is the treatment of diabetes, hypertension, dyslipidaemia, and cardiovascular, cerebrovascular and neuropsychiatric disorders. The chronic treatment of these illnesses increases the risk of drug interactions and toxicity, aggravating the clinical condition of the demented patient. In this context, the incorporation of pharmacogenetics protocols into clinical practice is fundamental to minimise drug-drug interactions and ADRs, and to optimise the global therapeutic outcome, avoiding deleterious effects on mental function and cognition.

Major determinants of therapeutic outcome in AD include age- and sex-related factors, pathogenic phenotype, concomitant disorders, treatment modality and polypharmacy, and pharmacogenetics. Different categories of genes are potentially involved in the pharmacogenetics network responsible for drug efficacy and safety. Pathogenic, mechanistic, metabolic, transporter and pleiotropic genes represent the major genetic determinants of response to treatment in AD. By-products of these genes are integrated into transcriptomic, proteomic and metabolic networks which are disrupted in AD and represent potential targets for therapeutic intervention.

AD patients may take 6-12 different drugs/day for the treatment of dementia-related symptoms, including memory deterioration (conventional anti-dementia drugs (donepezil, rivastigmine, galantamine, memantine), neuroprotectants), behavioural changes (antidepressants, neuroleptics, sedatives, hypnotics), and functional decline, or for the treatment of concomitant pathologies (epilepsy, cardiovascular and cerebrovascular disorders, Parkinsonism, hypertension, dyslipidaemia, anaemia, arthrosis, etc.). In over 20 to 30% of the patients, behavioural deterioration and psychomotor function can be severely altered by polypharmacy. The principal causes of these iatrogenic effects are the inappropriate combination of drugs, and the genomic background of the patient, responsible for his/her pharmacogenomics outcome.

Pharmacogenomics accounts for 60 to 90% variability in pharmacokinetics and pharmacodynamics. The modest effect (and toxicity) of current Alzheimer’s disease drugs is in part due to their pharmacogenomics profile, since over 70% of AD patients are deficient metabolisers.

Alterations in cholesterol (CHO) metabolism are involved in AD pathogenesis and over 40% of AD patients are hypercholesterolemic. The pharmacogenetics of cholesterol response to the hypolipemic compounds shows a great variability with a high response rate (RR) (78.95% responders and 21.04% non-responders). APOE-related basal CHO levels are significantly different, with females showing higher CHO levels than males; however, females and males responded similarly to the hypolipemic treatment. The stratification of patients according to their APOE, APOB, APOC3, CETP and LPL genotypes shows no genotype-related differences at basal CHO levels, except in the case of APOE carriers where the highest baseline levels of CHO are found in APOE-4/4 carriers and the lowest levels in APOE-2/2 carriers, in addition to a clear age-related profile.

In AD patients, the CHO response to conventional lipid-lowering compounds is genotype-dependent and can, in part, be explained on a pharmacogenetics basis. It is obvious that a simple stratification of patients according to single genotypes is of poor value for a fine interpretation of pharmacogenetics results; however, the integration of gene clusters associated with specific phenotypes yields informative haplotypes with potential utility in pharmacogenetics studies. It is likely that thousands of genes are involved in CHO metabolism, and probably not a single gene plays an absolute dominant role over the others; however, some genes exert a powerful effect on other congeners associated with a specific pathogenic cascade (e.g. APOE in AD) or a pharmacogenetics pathway (e.g. APOE vs CYPs in AD treatment with donepezil).

In over 80% of patients with AD, polypharmacy is imperative for the management of concomitant disorders; however, drug interactions may constitute a severe complication with deleterious effects on brain function and quality of life. In this regard, the implementation of pharmacogenetics procedures can be of great utility for minimising drug adverse events and for optimising multifactorial therapeutics in complex disorders such as AD.