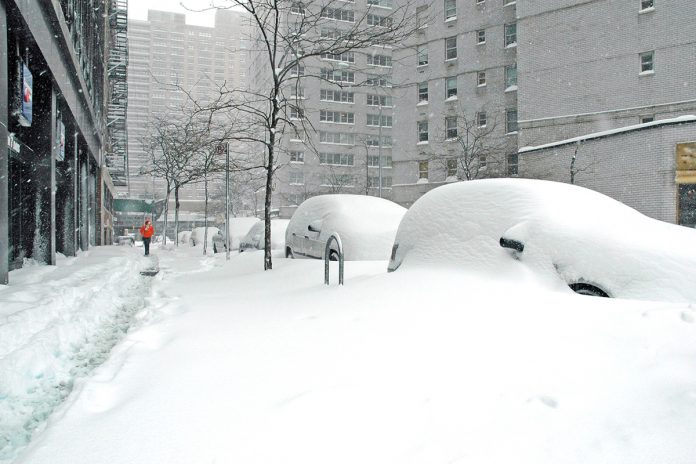 What are polar vortices, and how do they influence the rest of the atmosphere and climate system? Johns Hopkins University’s Professor Waugh explains

Polar vortices are planetary-scale systems comprised of rapid west-east flow that circumnavigates the pole in middle or high latitudes. These vortices influence not only the Polar Regions where they exist, but their influence also extends into the tropics and down to the surface, as well as into the oceans. As a result, polar vortices play an important, but often underappreciated, role in Earth’s climate and weather.

The most pronounced influence of stratospheric vortices in Earth’s climate system is their role in stratospheric ozone depletion. Very low temperatures occur within these vortices, and this is a necessary requirement for the chemical processing that leads to the destruction of ozone by chlorine and bromine species. Furthermore, vortex air is largely isolated from surrounding air, containing ozone depletion within Polar Regions. The formation of the Antarctic ozone hole but not an equivalent Arctic ozone hole occurs because the Antarctic vortex is less disturbed and colder than its Arctic counterpart.

The influence of stratospheric polar vortex is not confined to the stratosphere. The strengthening of the Antarctic polar vortex over the last few decades due to ozone depletion has contributed to a southward shift in the Southern hemisphere tropospheric circulation as well as changes in the Southern Oceans. Stratospheric vortex – surface connections also occur in the Northern hemisphere, with a disturbed, weak Arctic stratospheric vortex linked with an increased likelihood of the movement of cold tropospheric air from Arctic into middle latitudes (so called cold-air outbreaks).

While much progress has been made in recent years on polar vortex – surface connections, there remain many areas where a greater understanding is required, for both climate and extreme weather. My research group and collaborators are currently exploring some of these issues, including the relative contribution of each vortex on surface extreme weak events, and the impact of the Antarctic stratospheric vortex on the ocean circulation.

Polar vortices are not exclusively a feature of Earth’s atmosphere, and there are polar vortices in the atmospheres of Mars, Venus, Saturn, and Saturn’s moon Titan. Many similarities exist among these polar vortices, including strong winds circumnavigating a cold winter pole, and the occurrence of unique chemical processes within the vortices (ozone depletion on Earth, and formation of CO2 clouds on Mars and HCN clouds on Titan). There are, however, some very distinctive differences. For example, Mars polar vortices have an annular structure, Saturn’s Northern polar vortex has a persistent hexagonal shape, and Venus’ Southern vortex experiences dramatic changes in its internal structure and shape.

My group and collaborators have been examining the structure of Martian polar vortices. The persistence of Mars’ annular polar vortices is surprising as classical fluid dynamical theory would suggest it would be unstable. It turns out that the existence and persistence of the Martian polar vortices are related to another distinctive feature of Mars’ atmosphere: the condensation of the predominant atmospheric gas species (CO2) that occurs inside the polar vortices. The latent heat release associated with this condensation modified the stratification and leads to the formation of the annular structure, and also suppresses the growth of instabilities. An open question is whether this also facilitates mixing of dust and trace gases across the vortex edge. This, and other transport issues is a current avenue of research. As is the structure, dynamics and chemical processes of other polar vortices. The range of planetary vortices across the Solar System allows us to determine the commonalities of polar vortices in general, and to improve scientific understanding of the role they play in regulating a planet’s atmospheric compositions and climate.