Not only has COVID-19 been a global health pandemic, but it has increased inequalities and hit the poorest the hardest. By the end of 2020, it’s estimated 12,000 people in the global south could die daily from hunger linked to COVID-19. Street children and families are among some of the poorest and most vulnerable, and at high risk of being one of those statistics that represent a life.

At Toybox, we’ve seen first-hand how sustainable support to caregivers of street children can provide children with basic needs like shelter, water, food and education. A child on the street usually has a caregiver that could support that child, but they are living in abject poverty. These families are living hand-to-mouth and mostly work in quarries or dumpsites, where they earn a living sifting through waste in search of items that can be swapped or sold.

How to empower the guardians of street children?

We’ve been running community-led savings groups in Kenya and Sierra Leone over the last few years where groups of caregivers in slum settlements, mostly mothers, have united to improve their financial stability through saving money to set up and run joint and individual businesses. Savings from these groups are then used to support the costs of sending children to school (uniforms, textbooks etc.).

Group members also set up a social fund, which can be used if they or their children fall ill and they need to access money for medical support quickly.

In Nairobi between April 2018 and March 2019, Toybox partner Pendekezo Letu (PKL) trained and established 10 savings groups with an average of 15 members in each. Members were able to increase their income from an average of 2,000 Kenyan shillings (£15) to 12,000 (£90) per month, enabling them to provide more for their families and put some savings back into boosting their income-generating activities.

Of the saving group members, 62 set up a business, 38 previously working in dangerous places found alternative employment, and 18 continued working in hazardous work (such as dumpsites and quarries) but improved their lives with better houses, a more balanced diet, and increased savings. Children with parents in the savings groups reported having two to three meals daily, new clothes and some moved into bigger houses within the same slum settlements.

100% of the members’ children remained in school throughout the project period and were supported with meals and school materials.

Angela, who became a mother as a teenager, was abused, and as a result, found herself HIV positive. She joined a savings group in the slum where she obtained some capital to set up and run a small grocery store to support her family’s basic needs, including rent and healthy meals.

“I didn’t go to school; I lived without shoes and a good dress until I was 14. I and my children can now wear good shoes and dresses. PKL has changed my life,” says Angela.

In another savings group, a group of women went one step further to support their children by forming a support network of mothers of children living with a disability: The Visionary Mothers. They used seed capital to buy catering utensils and equipment and started a group catering business selling tea and snacks for small gatherings and in-house parties.

With this financial support, the group was able to fund an occupational therapy centre where children (0-10yrs) receive support. The centre was initially supported by special needs professionals, but when they pulled out, The Visionary Mothers started managing the centre directly with an occupational therapist to ensure their children continued to receive the support they needed, including proper medical care.

Toybox’s partner in Kenya has trained community members who have led saving groups, to be trainers so they can transfer this knowledge and practice wider in the communities. This has led to the formation of more savings groups, which is a testimony of how the community see this approach as improving their lives in a sustainable way.

COVID-19 hit the poorest the hardest

One of the biggest challenges with the lockdowns and curfews across the world has been for those who struggle day-to-day to obtain a meagre income to simply feed themselves; suddenly they were unable to find work or allowed to sell to others. With no work, they could not eat.

11-year-old Sahana, a girl who lives in a slum in Delhi said: “I don’t know if we will die of COVID-19, but if things keep getting worse, we will starve.”

The pandemic has meant those already struggling have become even more desperate. But we do see glimmers of hope.

Despite the UN’s World Food Programme (WFP) telling us that Sierra Leone is one of the 27 countries now facing crisis-levels of hunger, some mothers in the savings groups have used the loans from the group to support their children to be tutored during the school closures. Even at this desperate time, parents are thinking of their children’s futures and ensuring they aren’t left behind.

With the proven success of this approach pre-COVID-19, we know it will be critical in building household savings again to enable vulnerable children to access education once schools are running again and meet other critical needs. We believe that economic empowerment, particularly among female caregivers is key to tackling this hunger crisis and to give a future to children and families who depend on the street. 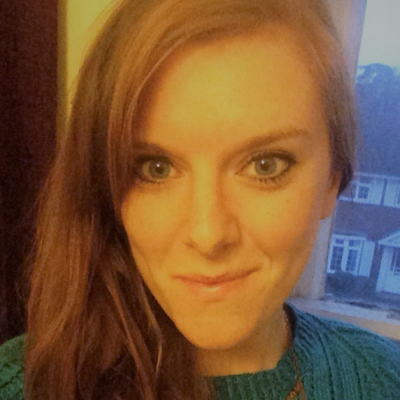