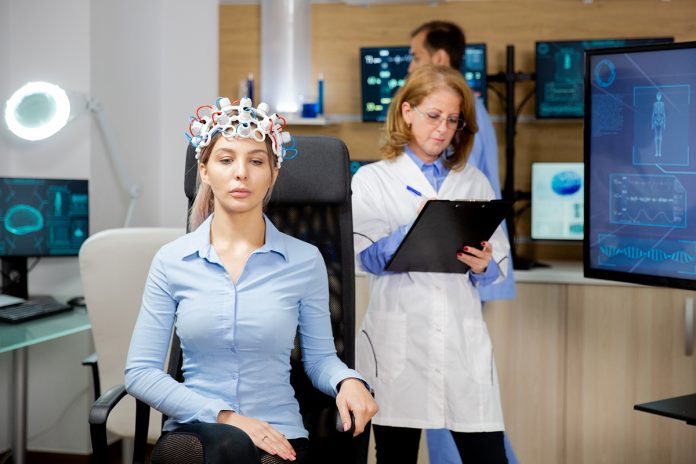 The importance of increasing awareness of nonepileptic spells among physicians, patients, families and the general public

Some 1%-3% of the population has epilepsy while 10% of the population is expected to have at least one seizure or seizure-like spell in their lifetime. These numbers are used to convey the magnitude of the problem and the concomitant need for medical and systemic support for such patients. However, similar well-defined numbers are not available for conveying the burden of nonepileptic seizures.

Pseudoseizures are a common condition

Psychogenic nonepileptic seizures or psychogenic spells, or pseudoseizures, are a common condition. While exact numbers are unavailable, it is presumed that 5%-10% of the population will suffer from such spells at least once in their lifetime. Nonepileptic seizures are defined as spells of change in awareness that are not caused by abnormal electrical discharges in the brain. They can be simply explained as a type of conversion disorder that manifests with seizures. Nonepileptic spells are frequently associated with prior mental trauma or abuse and are almost always seen in patients that have undergone prior trauma, abuse, PTSD or may currently be facing severe psychosocial stressors or significant unresolved prior stressors.

Physicians are often astounded by the sheer magnitude of the problem. Epilepsy clinics estimate that 30%-50% of all patients seen by them present with some form of non-epileptic spells. These spells often mimic epileptic seizures in appearance and description, making it very challenging for the treating physician to determine their true nature and help patients accordingly. This is further confounded by the fact that many patients will often have concomitant epileptic and nonepileptic seizures.

Diagnosis of nonepileptic spells is challenging and often requires comprehensive evaluation. Like other forms of conversion disorder, an extensive evaluation needs to be performed and other conditions need to be excluded as well, including true epilepsy itself. Video EEG testing is often considered the gold standard of diagnosis and is often the only way to accurately establish the existence of the condition in patients. Absence of EEG changes during spells, variable types of spells, inconsistent and incomprehensible movements during spells, provocation by stress or suggestion, exaggerated movements and responses are some of the more defining features of nonepileptic spells but are in no way confirmatory by themselves and often require a constellation of features to establish the diagnosis. These are often confounded by factors like coexistent epilepsy, similarity to unusual or uncommon seizure types or the causation of spells of unconsciousness by true organic causes like cardiac arrhythmias or hypotension, which may mimic psychogenic spells. Lack of specialised epilepsy or EEG training, unavailability of video EEG testing or an inability to accurately recognise the features of psychogenic spells can make diagnosis difficult for physicians and paramedical staff, especially for EMS services.

Treatment of nonepileptic spells is often challenging, unhelpful and inconsistent. Current guidelines recommend that psychiatric providers take charge of care for patients with these spells. However, awareness and support from psychiatrists have been limited over the years. Many psychiatrists are unaware or possess limited knowledge of such spells and treatment options for them. Cognitive behavioural therapy – CBT – remains the most effective form of therapy but is not effective for all patients. Other forms of therapy, like DBT, have also been offered with varying degrees of effectiveness. Many patients are unable to get access to psychiatric therapy providers in an adequate or timely manner. Many psychiatric providers lack the necessary training or skills to work with such patients. Patients are often lost to follow-up or in the extensive maze of referrals to multiple providers, none of whom are able to offer comprehensive or completely effective care for such patients. Many centres offer comprehensive care using teams of epilepsy specialists, psychiatric providers and therapists with relatively better outcomes overall but still do not guarantee success in the treatment of such patients.

Patients also experience significant difficulties due to nonepileptic spells. Many patients are unable or unwilling to comprehend the nature of the condition and its underlying causation by psychological causes and triggers. Higher rates of an inability to come to terms with the diagnosis are likely to correlate with a higher probability of unsuccessful treatment outcomes. Many patients question the diagnosis and the skill of the treating physician and often switch providers looking for different answers and solutions. Many such patients are lost to follow-up or spend time shuttling across various doctors and clinics for evaluation.

Limited efficacy of psychiatric treatments compounds the problem by causing a resultant lack of faith in the provider and medical systems, in addition to increased scepticism about the diagnosis and its causation. A lack of clearly defined and standardised treatment guidelines or protocols confounds care for such patients, especially when involving multiple providers across multiple centres. Patients who achieve control of their various psychological diagnoses are more likely to do better with their nonepileptic spells, but this can be a challenging target to achieve.

Patients often experience difficulties on a day-to-day basis as well due to social and financial difficulties from their nonepileptic spells. Employment is difficult and employers are rarely accommodating of these patients. Driving privileges are difficult to uphold due to ongoing spells, resulting in associated difficulties. Social interactions with friends and family become difficult due to such patients being labelled “crazy” or “difficult”. Disability and handicap committees set up by many countries are not very supportive of such diagnoses, resulting in a lack of systemic support from the financial and social or legal point of view. There have been increasing efforts by healthcare systems to recognise and support such patients but progress is limited and slow. Public awareness about nonepileptic spells remains limited increasing the magnitude of the problem.

Medical organisations like the Epilepsy Foundation offer free information and resources online for patients with such diagnoses to enable better understanding for patients and their families and caretakers. Increasing awareness of nonepileptic spells among physicians, patients, families, medico-legal communities and the general public is a great first step to enable better care and improved quality of life for patients.