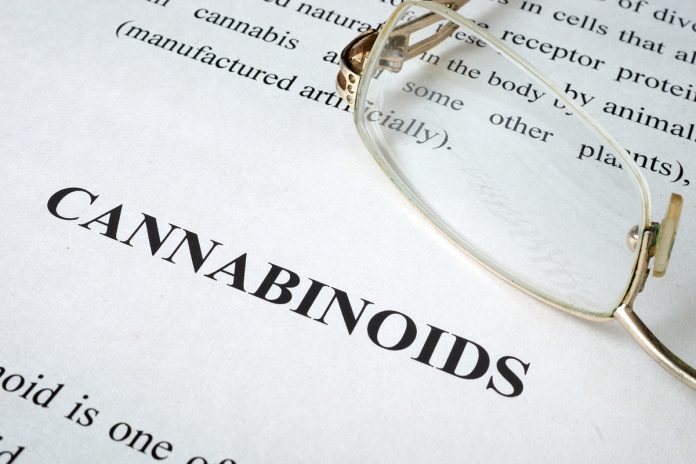 Arun Swaminathan MD, Assistant Professor of Neurology and Epilepsy at the University of Nebraska Medical Center, details the expanding scope of cannabinoids in epilepsy

Cannabinoids have long been a source of interest in the field of therapeutics and have been studied for many years for the management of conditions like epilepsy, chronic pain, behavioural disorders, etc. Basic science research has long hypothesized about the potential applications and mechanisms of action for cannabinoids in various neurological disorders.

It was with much relief that cannabinoid therapy for refractory epilepsy was finally approved by the U.S. FDA in 2018. European regulators also approved the use of cannabidiol in the treatment of refractory epilepsy near concomitantly. This marked a significant turning point in the recognition and expansion of cannabidiol therapy as a mainstream treatment for epilepsy, rather than a fringe treatment offered by practitioners of alternative medicine.

Cannabinoids in epilepsy & other conditions

Multiple studies have shown the efficacy and utility of cannabinoids in epilepsy(1,2). Most of the regularly cited studies show its utility in the management of Lennox-Gastaut and Dravet Syndromes, two highly refractory forms of epilepsy characterised by cognitive impairment and multiple seizure types in patients. It is of extreme interest that cannabidiol has shown good utility in reducing different seizure types in such patients with reports of improvement in cognitive and behavioural function as well(3). Many studies have since been performed into studying the effects of cannabidiol on epilepsy in detail with many of them showing similar findings to the earliest studies, underscoring the persistent efficacy of this treatment. Cannabidiol has shown significant efficacy in reducing seizure burden for convulsions, focal onset seizures, atonic drop seizures, absence seizures and a host of other seizure types in these conditions contributing to an all-round improvement in seizure control, cognition and behaviour, as well as quality of life measures.

Lennox-Gastaut and Dravet syndromes represent two relatively more common epilepsy syndromes. The findings of the utility of cannabidiol have been extrapolated to treat refractory epilepsies caused by a variety of other conditions as well, such as SYNGAP1 mutations, KCNT1 mutations and Sturge-Weber syndrome, to name a few, with reasonable degrees of success in seizure control(4,5,6). We expect to see further extrapolation in the use of cannabidiol in the use of refractory epilepsies from diverse etiologies ranging from genetic conditions to perinatal injuries to neurodegenerative diseases and epilepsy associated with neuronal tumours and other conditions. While the underlying pathophysiology of these conditions may vary immensely, there are similarities in their final common pathways of pathogenesis, that may offer significant avenues for intervention using mechanisms modified by cannabidiol.

It is of significant interest that the exact mechanisms of cannabidiol in the management of epilepsy remain unclear. Many mechanisms have been proposed that involve the effects of cannabinoids on various receptors and pathways in the central nervous system. None of these pathways are of great value in seizure reduction by themselves and their exact interactions with each other remain unclear. Significant research is being performed into these pathways and it stands to reason that we will spend many years elucidating these mechanisms to exploit the effects of cannabinoids further.

Pharmacokinetics of cannabidiol play an important role in the use of the product. Its lipid soluble nature has limited means of administration, resulting in specific formulations only being used for the product. Further studies are ongoing to increase the absorption and improve the kinetics of this product to enable better utility and minimise adverse reactions to it. The most important kinetic property that has been applied has been the interaction between clobazam and cannabidiol, a most useful interaction that has seen an increase in concomitant usage of both medications due to the resultant exponential increase in seizure control seen with this combination. While adverse events like sedation are more likely to occur with this combination, more work is on-going to study these mechanisms further and improve their usage in patients(7).

Some studies have demonstrated that cannabidiol treatment responders had stronger network integration and segregation in some frequencies as compared to non-responders – a finding that highlights the ongoing role of EEG analyses in determining the viability of certain candidates for cannabidiol therapy and expanding the scope of its use(8). The therapeutic potential of other cannabinoids in epilepsy requires further evaluation. Cannabidivarin, cannabigerol, tetrahydrocannabivarin, cannabichromene are some of these newer compounds that have elucidated interest and may be useful candidates for epilepsy therapy, with the right research supporting such uses for them.

There is also evidence to suggest benefits from combinations of cannabinoids. A recent observational meta-analysis showed that cannabidiol-rich cannabis extracts were over four times more potent as compared to purified cannabidiol, such that the same therapeutic effect could be achieved with significantly lower doses. These observations support hypotheses of a synergistic or “entourage effect” of cannabidiol with other minor phyto-cannabinoids and suggest that plant-based cannabidiol extracts could potentially be more efficacious and better tolerated than the currently approved purified cannabidiol in the treatment of seizures.

An increasing interest in cannabinoids

Interest in cannabinoids has increased significantly over the years. However, cultural and social misconceptions and roadblocks about the use of cannabinoids persist and represent an ongoing obstacle to increasing research and therapeutic use of these compounds. Due to their complex multimodal effects in the central nervous system, cannabinoids have been shown to have anti-epileptic, neuroprotective, and anti-inflammatory properties; findings that exert considerable influence on their desirability to act as targets for deeper research within the scientific community.

We conclude by saying that cannabinoids have shown great promise in basic and clinical research and we hope to study them extensively in the next few years to treat epilepsy and other conditions as well.

Further reading: The need for improved access to epilepsy surgery.