Home Open Access News Government News Could revamping our high streets be the solution to the retail crisis? 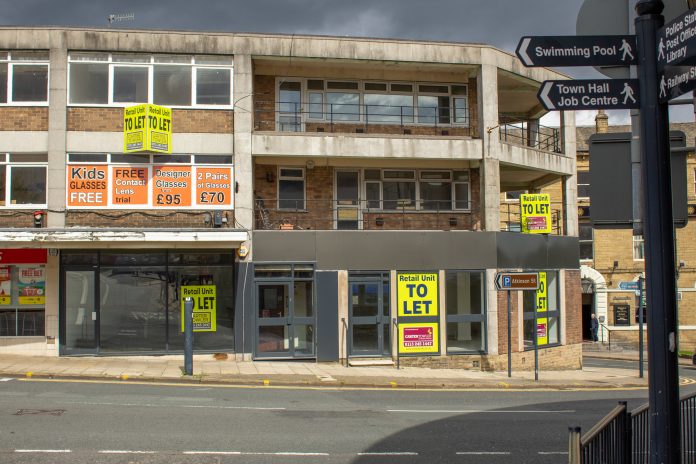 Here, First Fence discusses whether the key to the crisis lies in revamping our high streets, and explains how brick-and-mortar stores can continue to thrive in the age of convenience

The vacancy rate of UK high streets stands at 10.3% – the highest it’s been since January 2015. More than 11,000 high street retailers have gone bust since 2008, affecting 140,000 employees. High street giants such as Mothercare, ToysRUs and Maplin entering administration are becoming increasingly commonplace.

The drop of high street shoppers was increasingly apparent on Black Friday. While Curry’s reported two online orders every second, with 96 airpods purchased each minute; shoppers noted that across the country, some stores were virtually empty.

Despite this, only 51% of UK consumers say they prefer to shop online – that means 49% would rather shop in brick-and-mortar stores. So, why is the great British High Street “dying”? And how can we solve this crisis before they disappear altogether?

The councils that are taking on the challenge

The government has finally stepped up, in an attempt to reverse the damage that has already been done; with some high streets already feeling the benefits from the funding invested.

Four towns in Norfolk have recently won a share of £95 million to revamp their high streets, and will use this to turn disused historic buildings into houses, shops, and community centres.

As part of the government’s Future High Street Fund, 100 towns have been given funding to invest in their high streets, including 10 towns in the South-West, who will be sharing £1 billion between them.

This is something that is happening throughout the UK, with the Midlands receiving the largest amount of investment, including Coventry’s £2 million investment for a project on The Burges, one of their oldest shopping streets.

So, is the key to luring shoppers away from their mobiles and towards the shops through revamping stores? Leyton High Street would certainly say so – restoring shop fronts helped to increase footfall in their stores. However, there’s often more to it than that.

Enter Bishopthorpe Road in York. Affectionately known as Bishy Road, it was voted Britain’s Best High Street in 2015. Full of independent stores, traders realised that if they wanted to bring significant footfall to the area, they needed to create a space where the community could come together. Working together, they held a street party. By closing the road off to traffic, more than 3,000 people attended, enjoying the food and live bands on display.

So, how do we reverse the “death” of the high street?

Revamping and restoring old buildings is a great starting point, but it’s not the only answer. Councils first need to attract independent stores into the area, and one way they can do that is by offering favourable business rates.

When it comes to getting shoppers to stay, councils need to think about introducing “sticky streets”, like Bishy Road. A term used by urban planners; rather than seeing a street as a way for pedestrians and cars to get from point A to B as quickly as possible, streets are instead thought of as a space for socialising, creativity and wellness.

Pubs and restaurants play an integral part in this, but so does the introduction of green spaces, benches, and bins. Having a space where people can meet up, and community events can be held, will help to keep footfall up.

The government’s Future High Street Fund is helping to promote all of these initiatives. Some £55 million of funding is being used to cut down small retailers’ bills by a third; in addition to the trial of an open-door scheme, where empty shops are housing community groups, so they can open up their services to people in the community. But it’s important to note that at the minute, this is only feasible for the lucky high streets who have been chosen to receive funding.

Another thing high streets need to consider is free town centre parking – especially considering that a 2017 survey found that 32% of respondents cited a lack of free parking – and expensive parking – as their biggest high street frustration.

Thriving in the age of convenience

It’s not like this is a new problem. Mary Portas spoke about this years ago, explaining how “we have sacrificed communities for convenience”, with out-of-town shopping, supermarkets, the internet, and poor communication between the council, landlords, and traders cited as reasons why the high street has suffered in recent years.

With an almost 50/50 split in preference between online and in-store shopping, there is no reason to suggest that the high street will die out. Instead, councils need to focus on the benefits brick-and-mortar stores bring. Leave the convenience to the e-commerce stores, and instead, focus on the social aspects, as that is what will bring shoppers to the high street… once it’s been revamped, of course!