Home Open Access News Technology News What can we learn from the most automated countries in the world?

Here, Neil Ballinger, Head of EMEA at EU Automation, explains why some countries are more successful at implementing automation and what UK manufacturers can learn from them

Rapid advances in robotics have been witnessed in both industrialised economies and emerging markets and the competition between these countries has become more and more intense. Here, I explain why some countries are more successful at implementing automation and what UK manufacturers can learn from them.

According to the International Federation of Robotics (IFR), the average robot density in the manufacturing sector, which is the number of operational industrial robots relative to the number of workers, hit a new global record of 113 units per 100,000 employees.

The manufacturing world is facing challenges like fast- growing competition, changing consumer trends, and a shortage of resources and skilled workers. As an essential part of digitalisation in the manufacturing sector, the adoption of robots is an ideal solution to these challenges. To keep up with the global competition, major economies including China, Japan, Germany, South Korea and the U.S., have been trying to accelerate their progress in robotics implemen- tation. So, which are the most successful countries and what can we learn from them?

Japan is not only a leading manufacturer and exporter of robots, but also a major robot adopter. The growth of the country’s automotive industry is an important contributing factor. In 1980, Japan became the largest automotive manufacturer in the world, and robots began to be widely used to improve productivity, which significantly facilitated the development of the country’s automation strategy.

Nowadays, under the pressure of labour shortage caused by a declining working-age population, Japanese companies in various sectors have started to employ more robots in production.

In 2015, the Japanese government launched its New Robot Strategy to make the country the world’s top robot innovation hub and speed up the adoption of robots in sectors with low productivity. One part of the New Robot Strategy is the World Robot Summit (WRS), a venue offered by the government for showcasing robotic technologies and accelerating the research and development of robots.

In 2020, the WRS exhibition and conference programme attracted 76,374 visitors and the World Robot Competition attracted over 1,000 entries from young robot researchers and engineers around the world. Similarly to China, the robotics R&D in Japan is also highly driven by government initiatives.

Asia is the world’s largest industrial robot market, with China accounting for 35% of new sales in 2018. Even though sales in China declined by 1% over 2017, in 2018 robot sales in China were still more than in Europe and the Americas combined.

As the ‘world’s factory’, China’s economic growth used to be powered by workers’ cheap labour. However, facing an ageing society and a declining working-age population, the country is now transitioning from a labour-intensive to a technology-intensive manufac- turing model, leading to dramatic advances in robotics.

The Chinese government has ambitious plans for the country’s robotics industry. In 2013, the Ministry of Industry and Information Technology released its “Guidance on the Promotion and Development of the Robot Industry”, which was further bolstered in 2015 by the launch of the “Made in China 2025” (MIC 2025) programme. The MIC 2025 aims to upgrade the manufacturing capabilities of Chinese industries by offering subsidies, low-interest loans and rent-free land to companies.

These policy incentives will also support Chinese companies in acquiring Western robotics technology companies — for example, in 2016, the Chinese government supported the Midea Group, a Chinese electrical appliance manufacturer, in acquiring KUKA, one of the world’s largest robot manufacturers, to boost its home appliance production.

Since 2006, the German Government has been pursuing its High-Tech Strategy to maintain the country’s position through innovation in industrial automation and robotics. In 2011, the term Industrie 4.0 was first used at the Hannover Fair to describe the effect of robotics and automation in powering the next stage of industrial development, after the revolutions brought by the advent of steam power, mass production and information technology.

Germany’s High-Tech Strategy 2025 is the fourth edition of the German R&D and innovation programme, aiming to translate cutting-edge research into innovative products and services. The programme promotes partnerships among companies, universities, and research institutions to bring together institutional research and entrepreneurial expertise.

A lesson from the UK

Manufacturers in these leading automated countries have considerably benefited from the widespread adoption of robots. So, what can the UK manufacturing sector learn from their successful practices?

Compared to manufacturing in other OECD countries, the UK manufacturing sector is now witnessing decreasing productivity. Based on a report by the UK’s Cranfield University, compared to the U.S., China, Germany, Japan, India, Poland and France, from 2006 to 2016, the UK was the only country where productivity per person per hour decreased. In the Automation Readiness Index, recently compiled by the Economist Intelligence Unit, the UK ranked eighth in the world, lagging behind Germany, Japan and South Korea in many key areas of robotics technologies.

Brexit and the COVID-19 pandemic also add great uncertainties to the UK’s manufacturing sector. A 2019 report on the Impact of Brexit on UK firms by the Bank of England indicates that 64% of UK manufacturers say Brexit has already affected their profit margin over the last two years.

To solve its productivity crisis, the UK needs to automate production. A study by the Centre for Economics and Business Research found that investment in robots contributed to 10% of growth in GDP per capita in OECD countries between 1993 and 2016 while the Organisation for Economic Co-operation and Development (OECD) revealed that companies employing technological innovations effectively are between two and ten times more productive than those that do not.

Automation will be especially important for sectors that employ a high number of non-UK workers, because the government’s policy to restrict access to the country for low-skilled EU immigrants could impact manufacturers’ ability to recruit. This means that adopting robotic solutions to automate repetitive jobs will be more important than ever.

For more information about the digital journey of various countries in the manufacturing sector, you can download 4.0 Sight — Digital Industry Around the World, EU Automation’s free e-book. For further information on innovative solutions for industrial automation and to order a wide variety of automation parts, visit www.euautomation.com 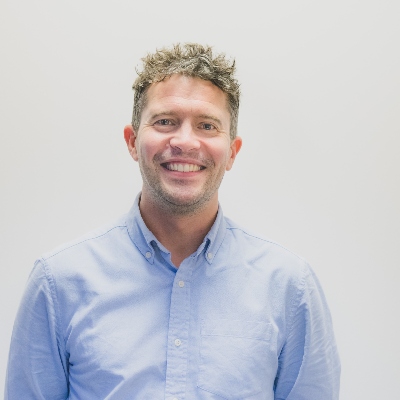