The study, published in Frontiers in Behavioral Neuroscience, opens up new possibilities for treating fear-related disorders.

Issues like PTSD and anxiety – thought to be caused by inappropriate control of fear memories – are usually treated with serotonin reuptake inhibitors and benzodiazepines, which do not help every patient.

In this landmark revelation, a team at the Tokyo University of Science (TUS) have located the hidden mechanisms that control the biology of fear. Specifically, they isolated the biochemical pathways that can selectively suppress fearful memories. This mental and biological process is called fear extinction.

The team have already demonstrated fear extinction in mice, using “KNT-127” – a chemically synthesised compound. Now, they understand which mechanisms in the brain are being impacted.

Professor Akiyoshi Saitoh, lead author of the study, and Professor at TUS, said: “Drugs that treat fear-related diseases like anxiety and posttraumatic stress disorder must be able to help extinguish fear. We previously reported that KNT-127, a selective agonist of the d-opioid receptor or DOP, facilitates contextual fear extinction in mice. However, its site of action in the brain and the underlying molecular mechanism remained elusive.

“We therefore investigated brain regions and cellular signaling pathways that we assumed would mediate the action of KNT-127 on fear extinction.”

In a study, mice were conditioned to take a mild electrical shock to the foot and show a conditioned fear response, such as freezing.

The team found that when “KNT-127” was injected into the amygdala and infralimbic subregions, there was a significantly reduced response of freezing. This effect was missing in mice that didn’t get a shot of the chemical compound, confirming the power of “KNT-127” in the suppression of fear.

While the drug sounds like something from a sci-fi novel, in reality, it is a moment in brain research that could make a therapeutic difference – as the world continues to see rising levels of fear-based disorders. Many living with mental disorders are not diagnosed, while COVID continues to create a shadow pandemic of psychological issues.

Dr Hiroshi Nagase, a Professor at University of Tsukuba and a coauthor of the study, said: “We have succeeded in creating KNT-127 by successfully separating convulsion- and catalepsy-inducing actions, which has so far been extremely difficult. Our findings will provide useful and important information for the development of evidence-based therapeutics with a new mechanism of action, that is targeting DOP.” 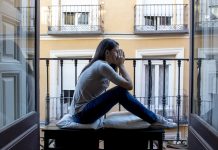