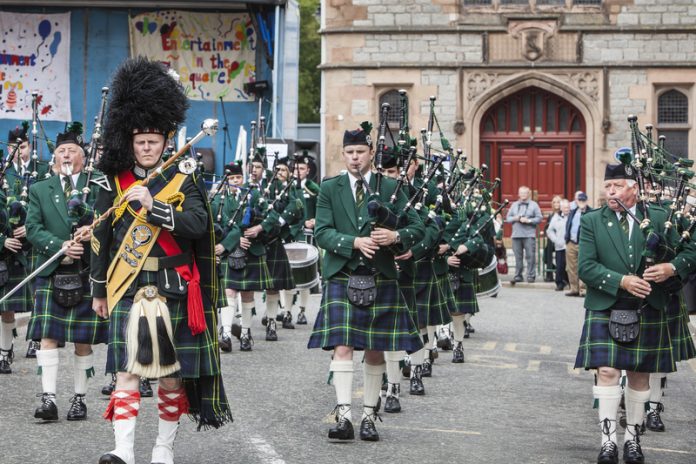 The Scottish Secretary, David Mundell, will be joined by other UK Government cabinet ministers in Edinburgh in a show of support for Scottish festivals and to celebrate the international profile and significant economic boost they bring

Latest figures show that Edinburgh’s festivals as a whole contribute £313 million to the Scottish economy and as thanks to organisers, the Scottish Secretary hosted a reception yesterday (Monday 20, August) to show his appreciation and support. He will also be attending performances across festivals this week.

David Mundell said: “Scotland’s festivals are of immense importance to the UK and internationally. Running not only in August but throughout the year they are a hotbed of home-grown and international talent spanning so many disciplines.

“The Edinburgh festivals are a phenomenon which contribute so much to the economy as both significant employers and tourist attractions. Their excellence makes them of worldwide significance and embodiments of what Scotland has to offer on a global stage and the UK Government looks forward to the festivals going from strength to strength for future generations to enjoy.”

The reception included a performance by Circus Abyssinia from Ethiopia. Featuring the Konjowoch Troupe, their show “Ethiopian Dreams” is a retelling of the cast’s own journey towards founding a circus in the country. Showcasing exciting stunts and circus skills, the performance tells the story of brothers Bibi and Bichu joining the circus.

Earlier this month, the UK Government announced £100,000 in funding for this year’s Edinburgh Festival Fringe to help it deliver a step change in showcasing emerging artistic talent to the world. The UK Government has a commitment to promote Britain on a global stage and Scotland’s festivals exemplify this.

Edinburgh is the home to 12 iconic festivals and the season goes well beyond August, encompassing the likes of Edinburgh’s Hogmanay and the Edinburgh International Science Festival.

Today (Tuesday 21, August), Mr Mundell will see the “Sowhereto Africa” performance at the Edinburgh Festival Fringe followed by visits to Edinburgh Art Festival and Edinburgh International Festival. Finally, Mr Mundell will visit Army @ The Fringe to see “The Troth Akademi”, a story of how Indian men fought for the Allies in World War One.