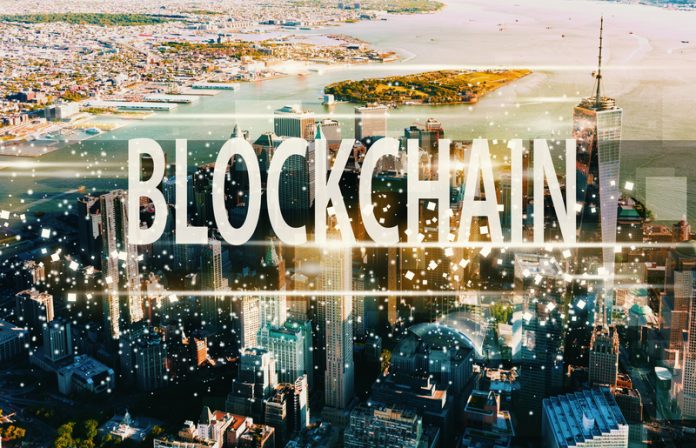 In May this year, New York held the largest Blockchain conference yet – Consensus 2018. Here are a personal set of perspectives about the event which should get you scratching your head about blockchain from Simon Kavanagh, Head of Innovation and Design in Healthcare, Welfare and Education at Tieto

The event was part of the inaugural “New York Blockchain Week” and there was certainly a push to attract crypto-talent and by extension, crypto-cash to the City. The wildly fluctuating cryptocurrency market has seen Bitcoin prices go from $1,000 to almost $20,000 within eight months in 2017. All this movement has resulted in the current dollar market value of all cryptocurrencies being a healthy $355 billion. Hype, boom, bust, bubble? Either way, that is a lot of potential. Cryptocurrencies are the new kids on the trading block and they have a long way to go but they are certainly here to stay.

During the Consensus, this was a general feeling: Blockchain and the underlying Distributed Ledger Technology (DLT), is at the edge of something about to really take off. It’s becoming more mainstream. But at the same time, it needs to take a great leap forward and there was no clear indication of what that leap is or where it will take it.

Consensus 2018 was arranged by Coindesk, “the leading digital media, events and information services company for the crypto asset and blockchain technology community”. Ticket prices were over $2,500. At over 8,500 attendees, that’s a cool $21 million total of revenue. This is one of the sticky points about blockchain right now. How could a technology, which was established as a way to circumvent the power of large corporations in controlling wealth, end up making a lot of money for venture capitalists? How is it that the NYSE, Goldman Sachs and other incumbent financial institutions look to be the ones to capitalise on blockchain? There was no obvious rebellion among the participants, but there was unease. At least one notable DLT personality, Vitalik Buterin, co-founder of Ethereum had boycotted the event.

Broadly speaking, the reasons why people were attending were greed, fear and hope. Some attended because they were pushing something themselves, their new technology and their company. Pitching was everywhere. Of course, it’s unfair to label all this as greed. It’s just business. But there was a definite sense of grabbing territory and staking claims before everyone else gets there. Then there were those who were attending out of fear, lest their company become the next Kodak, Nokia or Blockbuster.

If everyone is investing in blockchain, then we should also, or we will be left on the scrap heap. This is understandable, but it’s also a circular argument. Everyone should be interested in blockchain because it seems that everyone is interested in it. Genuine, wide-eyed hope and calls for social justice did pop up as reasons to attend, but they were rare.

In one “fireside chat”, two panellists began a side debate on how far-reaching the surveillance capabilities of the FBI and NSA are. The bottom line here, is that some blockchains are safer than transacting on the wider internet, but they are not foolproof either. In the same discussion, Edward Snowden was quoted. In the constant pushing, selling and positioning which went on for most of the time, this was a refreshing glimpse of the original libertarian principles behind DLT.

In the dotcom, bubble internet was really slow which limited what could be done with it. From a corporate perspective, the urgency was in creating a website. You had to have a digital presence to match your bricks-and-mortar presence. Very few people could predict where things were going beyond having a website. This was when enormous amounts of money were being invested in infrastructure which would someday host a different sort of service. No one could have predicted Uber in 1998, because so many of the prerequisites had yet to be invented: 4G, publicly available GPS, smartphones, touch interaction, long-lasting battery and so on. Yet, even though no one predicted Uber, there were huge investments in exactly these technologies. This is where we are with blockchain. No one really knows what type of businesses and services the global DLT infrastructure will host, but we need to continue to invest and refine the technology regardless. We need to work away at the limitations of blockchain technology so that the solutions of tomorrows can arrive. And there are some serious limitations with blockchain right now which need to be solved.

The global Bitcoin network, by far the biggest instance of DLT, can process about seven transactions a second. There are about 28 million Bitcoin wallets, but most Bitcoin users have multiple wallets, so the number of Bitcoin users is most likely less than this. The current technology and infrastructure have serious performance problems when scaling. In addition, current transaction fees are around $1 but peaked at $34 at the end of 2017. As money was pouring into the market, then fees increased.

There are rival cryptocurrency networks aimed at faster transaction resolution and lower transaction fees, but volatile is a fitting adjective for the current state of play. A lot has been written about how much energy it takes to power the Bitcoin network. Bitcoin miners, who are ultimately responsible for resolving consensus and processing transactions, invest in power-hungry, dedicated mining hardware and consume a LOT of energy. The global Bitcoin network energy consumption rose from 11 Twh (Terawatt Hour) in May last year, to 68 Twh now. Oslo, the capital of Norway has 1.3 million inhabitants and consumes only 9 Twh per year, about 13% of what Bitcoin does. And things are only getting worse.

Consensus 2018 was all about the mainstream, with a strong presence from the three largest capacity vendors IBM, Microsoft and AWS pushing their blockchain cloud offerings forward. The most impressive corporate presence was FedEx. It is doubling down on blockchain, despite problems with the current iterations and the noise, hype, dead ends and uncertainty. This is surely an indication of how impactful this technology is and how much it is going to transform businesses in the next 10 years. Right now, it’s a game of blackjack and the question everyone is asking is, “do I stick or twist”?

Key areas to observe for the public sector

Head of Innovation and Design in Healthcare, Welfare and Education