Proteins are key working molecules and building blocks in a cell. They are involved in almost all functional activities within and between cells, which include metabolic and signalling pathways, gene expression, cell duplication, diseases, and viral infection. Proteins carry out these functions through physical interactions with other proteins and different molecules, such as DNA and RNA.

Therefore, determining the three-dimensional (3D) structures of protein interactions (complexes) is crucial for a molecule-level understanding of how proteins function.

Many protein complexes in a cell are formed between two proteins (pairwise docking). Dr Kihara has developed a pairwise docking method, LZerD (Local 3D Zernike Descriptor-based protein docking). LZerD is unique among other comparable methods in that it uses a mathematical molecular surface representation, termed a 3D Zernike Descriptor, which allows soft interactions between proteins, which mimics the interactions of real proteins. After the successful development of LZerD, Dr Kihara’s team has further extended LZerD’s capabilities in several directions.

In a cell, there also exist large protein complexes consisting of many more than two proteins. Such complexes with multiple proteins can be modelled with the Multi-LZerD method. To build a multi-protein complex, Multi-LZerD starts by generating a pool of pairwise docking models of pairs of component proteins. Then, the pairwise models are used as building blocks and combined to construct full-component complexes. Using Multi-LZerD, the assembly order of individual proteins can also be identified by observing the energetics of complex assembly pathways in the modelling process. This assembly order prediction has been made available in the Path-LZerD program.

A typical protein stays folded in a stable, globular shape. However, it has been noticed that there are a substantial number of proteins, including over 20% of proteins in humans, that are naturally disordered – which means that such proteins, termed intrinsically disordered proteins (IDPs), are inherently flexible and do not fold into a particular shape. IDPs tend to interact with many proteins, taking advantage of their flexible nature. To consider IDPs in computational protein docking, Dr Kihara has developed IDP-LZerD, which can dock an IDP to a folded protein by first docking small fragments of the IDP, which are later connected together.

Artificial intelligence, particularly machine learning, has revolutionised many research areas, including image processing and language translation, and computational biology is not an exception. Dr Kihara’s group has used deep learning, a powerful machine learning method, in the protein docking field. In the methods they have developed, they consider 3D models of protein complexes as 3D images or graphs, and developed deep-learning-based methods that can distinguish correctly docked models from incorrectly docked ones.

Providing easy use of the software to the scientific community

Protein docking methods developed by Dr Kihara’s group are freely available to use via a web-server, https://lzerd.kiharalab.org. The software is also provided as a standalone package or source code.

The future: Computational simulation of a whole-cell

The protein docking methods developed by Dr Kihara’s group build the individual interacting units that make up entire cellular protein-protein interaction networks. The computational biology field is moving quickly. By combining other techniques, such as physical simulation of proteins and other molecules, Dr Kihara foresees a near future that a cell-scale dynamic simulation of protein interactions will be possible in silico. 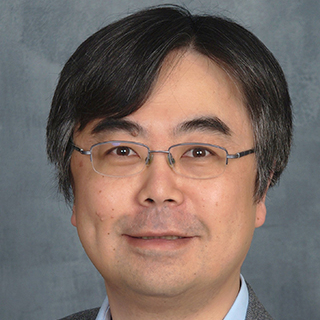