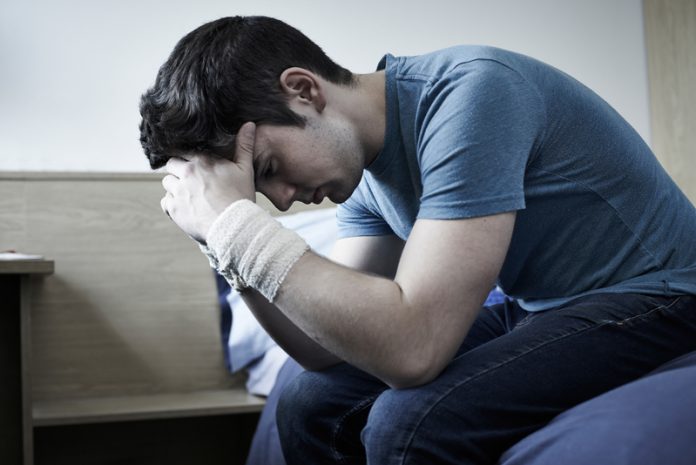 Suicide is a major public health concern. Over 40,000 people die by suicide each year in the United States (US); it is the 10th leading cause of death overall. Suicide is complicated and tragic, but it is often preventable. Knowing the warning signs for suicide and how to get help can help save lives.

In the field of public health, it is a type of death that is considered preventable, indeed things can be done in terms of the environment or ways to affect behaviour. Dr Pearson says that in addition to suicide deaths (mortality), prevention approaches consider suicide attempts as morbidity to prevent, improving ways that people are functioning, feeling, thinking. So, we talk about both prevention of deaths and attempts, in terms of suicide.

Dr Pearson then tells us more about prevention and what is known about risk factors. Those who consider suicide typically have been on a trajectory which has been shaped by several things piling up, such as a mental illness, hardship, embarrassment and shame. There could also be a family history of mental illness and suicide, in terms of getting a background picture. Dr Pearson describes why a history of attempting suicide increases the risk for suicide death.

“There are many risk factors, which in themselves are not specific, but people who have attempted suicide are at increased risk. We think that is because they have done it once before, and as such, they are not afraid to repeat those behaviours, and previous thoughts return that focus on suicide as the only solution. Because of the need to avoid psychological pain, these ‘familiar’ self-destructive tendencies may cancel out more ‘life-preserving’ thoughts.

“So, the pattern is a complicated one, indeed researchers have asked people about their suicide thought patterns. Suicide thoughts can ebb and flow during the course of a day, weeks or even months. We are only just beginning to get an understanding of how this affects people daily. Sometimes, however, there are precipitating events and we do have research in the US about the economic recession, such as losing their home which can be a precipitating event.”

Dr Pearson explains the signs and symptoms of suicide – that is when people are thinking about it and their state of mind – from a public health perspective. “If there are a means of suicide that is readily available when someone is contemplating suicide, then we know that is not a good combination. We want to put time between the person who is thinking about suicide, and how they are considering it.

“In the US, half of our suicides are by firearms. We know that if somebody is in a house with a firearm in it, then the risk is much higher for suicide. There is much international research, which reveals that if you have less access to lethal means, such as reducing access to guns or pesticides and the more time you can buy, then the fewer suicides they are.

“Another issue is having somebody else who can be there with you, in terms of having a social connection. We try to think through some ways that are acceptable to people and feasible for communities – and there have been many interesting approaches to that when you think of the individual person’s context.

“So, if it concerns an older adult – then they may be becoming increasingly isolated for several reasons – how would they make connections? If it was a youth in school, who feels they are not doing well and have no support or friends, we are trying to figure out ways to ensure they get the help that is effective.

“While we have several studies from the community perspective, we also are thinking about how healthcare systems should know how to address people who are suicidal, especially when it comes to behavioural health. Unfortunately, training in mental health does not always include suicide prevention, but those requirements are beginning to change.”

In order to know who is most at risk and to prevent suicide, scientists need to understand the role of long-term factors (such as adverse childhood experiences) as well as more immediate factors like mental health and recent life events. Researchers also are looking at how genes can either increase risk or make someone more resilient to loss and hardships, Dr Pearson goes on to say.

There are a few institutes at NIH that recognise the behavioural side of suicide prevention. For suicide, there are no specific genes, but we might have some inkling of what might put somebody at risk (e.g., excessive drinking and other risk-taking behaviours), which is true for many other disorders where there is no specific gene.

“We also endeavour to access as many areas of health care now, in terms of larger data sets, by letting the computers pull out what might be considered as a risk. If we have data from people who are followed over time, including whether they have died by suicide or not, we can figure out what the risk trajectories are. Then the next step is to determine the best ways to talk to patients about their risk, as well as advising clinicians on what do with the information.

“For suicide, it is difficult, because we don’t have a blood pressure check or test that tells us much about an individual’s suicide risk, so we rely on their ability to describe their internal state. That is not always easy for everyone, so that makes it a challenge now.”

Research has shown that there are multiple risk factors for suicide and that these factors may vary with age, gender, physical and mental well-being, and with individual experiences. Dr Pearson then underscores that there are treatments and preventative methods that are out there – to help prevent someone from taking their own life.

She also tells us that there aren’t many types of medication available now – which has been something of an issue in the US – because most pharmaceutical companies in the psychiatry area have not focused on preventing suicide death.

“They want medication to look safe, so there hasn’t been much incentive to test medicine for suicidal people. There is one medication that reduces suicide risk for those with schizophrenia – and there is a lot of descriptive data on the value of lithium for people with bipolar disorder – to prevent relapse. While it’s protective, it’s very difficult to do long-term studies for proving that it specifically prevents suicide.

“As we are depending on people’s thoughts and actions, which is true for mood and anxiety disorders generally, some of most effective treatments are therapies that help people to identify feelings, how not to act on them and what opposite actions could be taken. Cognitive therapy has been shown to be very effective in preventing suicide attempts. So, we must think about the specific thoughts and behaviours around suicide.”

In closing, Dr Pearson stresses that when addressing suicide, it is vitally important to have an open and honest conversation concerning the subject. She also highlights the toll-free National Suicide Prevention Lifeline (NSPL) that is available.

“It’s also important to keep a distance between themselves and the means they think of, such as keeping them away from tall buildings and to be supportive and be there for them.

“The US has a national hotline, manned by some highly-trained counsellors. They work very hard to ensure people stay safe and get connected to health. It’s also worth noting this is a tough haul – people don’t reach a suicidal state overnight – the are many contributing factors.”

Further information: You can call the toll-free National Suicide Prevention Lifeline (NSPL) at +1 800 273 TALK (8255), 24 hours a day, 7 days a week. The service is available to everyone. The deaf and hard of hearing can contact the Lifeline via TTY at +1 800 799 4889. All calls are confidential. The National Institute of Mental Health also encourages children to put the crisis number in their mobile phone contacts.