Code Enigma discusses how a worldwide recession would affect IT spending, the tech industry, and macroeconomic trends

Businesses are encountering increasing challenges, and several reputable sources of information on economic issues are adjusting their predictions and calling for a worldwide recession.

As a result, markets and financial institutions are becoming more cautious. As living expenses rise, many are worried. Here, we’ll examine how analysts predict that a worldwide recession would affect IT spending.

To “anchor” inflation expectations, the European Central Bank hiked interest rates by 50 basis points last month. At the moment, EU inflation is at 8.9%.

According to the Bank of England, inflation in the UK will reach a peak of over 13% and stay above 10% for most of 2023.

When does a recession become “official”?

The World Bank declared in June that the world is approaching a lengthy phase of weak growth and high inflation as a result of the Covid-19 pandemic’s aftershock and Russia’s invasion of Ukraine.

Although there isn’t one definition that everyone agrees on, some have said that a recession is “two consecutive quarters of falling growth.”

Despite the forecasts, the worldwide recession is probably going to be shorter and less harmful to businesses than prior downturns, according to Morgan Stanley.

They cite several factors, including high property prices, active labour markets that resulted in hiring freezes rather than layoffs, relative strength before the downturn, and more “durable” corporate earnings as a result of the trend toward subscription-based revenue streams.

The forecasts and analyses of central banks and economists differ from those of commentators on banking and investments because each of these groups has a unique area of emphasis.

Even with a common macroeconomic trend, it’s obvious that not all business sectors would be impacted equally.

We can also take this separation process a step further and demonstrate that not every part of the technology industry will be impacted equally and to the same degree.

The Washington Post said in July that markets were being affected by the fact that “Big Tech is bracing for the economic slump.” Although the reputation of Big Tech as a barometer of the whole economy is fair, market dynamics can often overstate this.

Additionally, when the media discusses “Big Tech,” they are referring to a broad category that encompasses anything from social networking firms to EV and phone makers. In reality, the concept of the “technology sector” is no longer as relevant as it once was because every firm nowadays must be a technology company to some degree.

IT spending to rise by 3%

Gartner predicted in July that global IT spending would increase by 3% to $4.5 trillion. Although the rate of expansion is moderating, the market is still robust. Spending on hardware was down by 5%, whereas spending on software and IT services increased by 9.6% and 6.2%, respectively.

The vice president of research at Gartner, John-David Lovelock, stated: “Everyone is concerned about inflation. The fight against inflation is a top priority for central banks worldwide, and until the end of 2023, global inflation rates are predicted to decline.”

For businesses and organisations to remain competitive, they needed to invest in technology: “Organisations that do not spend in the near term will undoubtedly fall behind in the medium term and risk not being around in the long run.”

To reflect the higher cost of keeping a qualified workforce, IT spending is also increasing.

Employees must be paid more to maintain the same quality of life since the cost of living is rising along with inflation. Given that it is more expensive to acquire and educate new employees than to provide existing ones training and other opportunities for career growth, this might be viewed as an investment.

Many other companies will also be increasing company pay generally to retain staff. Additional spending on the workforce also assures staff continuity, which indirectly aids organisations in achieving their long-term strategic objectives.

To recruit fresh talent as businesses fight for fewer competent workers, IT wages are also increasing. Greater experts are needed to complete deployments and integrations since there are more prospects for IT consulting firms.

According to the Gartner Worldwide Labour Market Survey, which was released in the first quarter of 2022, rising labour costs are raising the cost of technology services, which will result in a $1.3 trillion rise in global spending on IT services by 2023. Another aspect contributing to increasing spending is outsourcing IT services since it fills the skills gap in businesses.

Competitiveness in this economy

Companies quickly realised they needed to use technology to continue achieving all of their business objectives due to the epidemic. When customer demand and behaviour changed, technology allowed businesses to adjust by diversifying supply chains and opening up new revenue sources.

While the earlier ones are still there, we currently face a new set of economic difficulties.

The demand for up-to-date knowledge on how to develop, implement, and maintain systems that can integrate with a variety of other software and databases, as well as IoT end-points like devices, vehicles, and equipment, is being driven by the rapid evolution of business technology such as AI and automation.

There is no space for complacency. There is a case to be made that the demand for services providers’ abilities increases when businesses are put under more strain since they are in the business of shielding other clients from the negative effects of a volatile global economy.

However, despite the increased need for tech specialists, any recruiting process will be scrutinised much more closely since, as IT spending rises, so does the requirement for return on investment in those areas.

It is not sufficient to present oneself at an interview with a fundamental skill set; you must stand out from your competitors since hiring budgets may fluctuate, and the bar will be raised.

Expanding on your skill set and regularly investing some time in training that suits your chosen career path are the greatest ways to future- proof your profession against the worldwide recession. 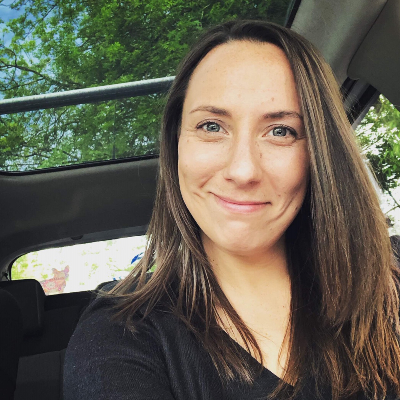