Mr Romesh Angunawela, Founding Partner, Ophthalmic Consultants of London, enlightens us on the role of technology in ophthalmology as part of the NHS’s efforts to tackle the COVID backlog

Ophthalmology was already the NHS’s most in-demand outpatient speciality even before COVID-19 hit. In the most recent year for which data is available, 2018-19, patients were seen by NHS ophthalmology specialists 7.8 million times in England alone.

Such huge demand meant pre-COVID ophthalmology clinics were busy affairs. In a typical NHS hospital, a team of four to five doctors would hold two clinics a day, seeing up to 100 patients between them.

Now social distancing rules mean the throughput is greatly reduced. Restrictions on the number of people who can gather in waiting rooms, and the need for enhanced sterilisation of treatment areas, often limit the number of patients who can be seen to fewer than 30 a day.

This sharp reduction in capacity would leave the NHS unable to keep pace with demand even if the closure of clinics during lockdown had not created a huge additional backlog.

Even after outpatient clinics reopened, a popular, but mistaken, assumption that the NHS was swamped with COVID patients led some people with serious eye conditions to not seek treatment.

The legacy of lockdown has been to lengthen waiting lists and create a huge pool of patients with eye problems who are going untreated for too long.

Take cataracts for instance. A common problem among people aged over 60, they are highly treatable; but left untreated they can cause a progressive loss of vision. The implications of elderly people losing their sight, and thus risking accidents or falls, are obvious.

Then there’s the increased chance of complications from delayed treatment. Operating late on cataracts isn’t just harder, it brings a greater risk of serious and irreversible conditions such as glaucoma.

Fortunately, there are several technological innovations in the field of ophthalmology which are improving the NHS’s ability to cope with the exceptional demands being placed on it.

Lockdown brought video conferencing into the mainstream, and apps like Zoom became a familiar lifeline for millions of Britons. People’s willingness to see a medical professional virtually rather than in person has surged, gaining more ground in just a few months than it previously did in as many years.

The NHS’s Attend anywhere platform, which allows patients to have a secure video consultation with a specialist, has held up well under the increased demand.

In ophthalmology, the system is particularly useful for seeing and triaging new patients in an eye casualty setting, and for patients who have already received treatment but need regular check-ups for ongoing conditions such as glaucoma. Virtual consultations are quicker and easier for everyone as no social distancing measures or PPE are required.

Activating the UK’s army of optometrists

While the UK has the lowest number of ophthalmologists per capita of any European country, it does boast the highest number of optometrists – at more than 14,000.

Their work on the front line of eye health is vital, as they are often the first port of call for anyone experiencing problems with their vision.

Some are already able to treat less serious conditions themselves, through a programme called the Minor Eye Conditions Service, and additional resources are being devoted to this.

For patients whose condition requires more specialist treatment, the referral process can be sped up by the rollout of machines in optometrists’ premises which allow people’s eyes to be examined virtually, and in real-time, by an ophthalmologist.

Increasing numbers of optometrists use highly sophisticated 3D scanners to see inside patients’ eyes. Rapid data transfer through 5G technology can allow an ophthalmologist working remotely to connect to the scanner or the slit lamp microscope and see the images at the same time as the optometrist, enabling them to make an accurate diagnosis of the patient on the spot, and without the need for a second appointment.

In a ground-breaking NHS project, artificial intelligence (AI) software developed by Google’s DeepMind has combed through countless thousands of retinal images and shown itself able to diagnose most conditions with an unerring level of accuracy. Analysis of such images may also allow very early prediction of dementia and identify a patient’s risk of heart disease, amongst other conditions.

So in the future, it’s quite possible that many eye patients will be able to sit in front of a scanner at their local optometrist’s while an AI brain studies their eye, diagnoses the problem and recommends an appropriate, evidence-based treatment plan.

Clearly, such an impersonal approach will never entirely replace the value of being cared for by a real doctor or nurse. There is more to healing a person than making the correct diagnosis and administering the right treatment.

Humans have evolved to be social creatures, and empathy is a vital part of treating a patient. No-one should underestimate the psychological benefits that people get from talking to, and being reassured by, a skilled medical professional.

Private to play its part

Private healthcare providers rightly see themselves as complements, rather than competitors, to the NHS – and this role is now more important than ever.

With around 10% of UK residents having private medical insurance and a further 5% choosing to pay for private treatment themselves, the private sector can and should take pressure off the NHS as it wrestles with the growing backlog of eye patients.

The ‘zoomification’ of Britain during lockdown has changed the way millions of us live and work, medical professionals included. It accelerated the uptake of digital technology that might otherwise have taken years to take hold.

Powerful new tech, from AI to remote imaging and diagnosis will play an increasingly crucial role in the way eye patients are seen, diagnosed and treated. Above all, it must be used to reduce waiting times and ensure people with serious conditions do not go untreated. 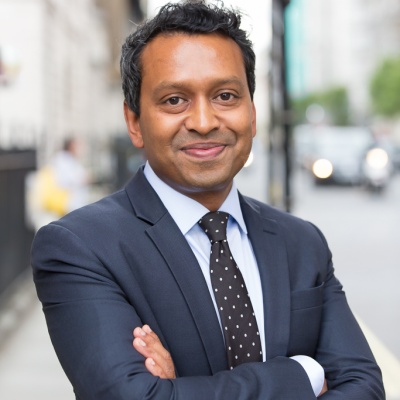