Neil Gordon, Chief Executive of Subsea UK, charts the move towards energy transition, green energy and the ultimate goal of net-zero, including comment on the burgeoning Asia-Pacific market

The move towards energy transition, green energy and the ultimate goal of net-zero has opened up a sea of opportunities for the UK’s subsea sector.

While the oil & gas industry remains by far the largest market for the sector and will remain so for many years to come, offshore renewables now account for 25% of all subsea revenues.

Technologies and skills developed over several decades in the North Sea, primarily to service the oil & gas industry, have proven to be eminently transferable to the renewables sector and now support offshore wind and other sources of renewable energy across the world’s seas and oceans.

As emerging, high-growth developments around the world embrace the global move towards energy transition on a grand scale, the UK’s underwater engineering supply chain must maintain its momentum, working with them and defining its position as a world leader in subsea technology.

Key to this is the burgeoning Asia-Pacific market and the prospects it presents for innovative subsea companies, primed and ready to develop the disruptive, cutting edge technologies that will be needed to support its current and future development.

Already an important market for the UK’s underwater engineering sector, a recent activity update compiled by industry body Subsea UK confirms that it remains a key area for future growth in energy production.

In common with the rest of the world, the impact of the pandemic caused delays to some projects and the cancellation of others. Despite this, there is a great deal of positivity and activity across Asia;  projects are still being discovered, approved, and starting production both in traditional oil & gas and in renewables.

The increasing push to change the energy mix to become more dependent on renewables, with a particular focus on offshore wind, has meant more emphasis on the changing outlook for the Asian energy market, creating even greater opportunities for UK companies operating in this growing global market.

Less affected by the impact of COVID-19 than other forms of energy, estimated demand rose by 3% in 2020 compared to the 2019 figure. It is a trend that is projected to escalate with renewable capacity in the Asia-Pacific set for 58% growth in the next five years according to analysis by Rystad.

The region is now at the forefront of renewable energy, and 50% of new wind project installations in 2019, were in the Asia-Pacific. These projects stretch across Asia.

The Zhong Neng offshore wind farm project in China is due for completion in 2024. Outside of China, the biggest renewable projects are Yunlin, Changfang and Xidao in Taiwan, Thang Long in Vietnam and Incheon in South Korea.

Vietnam is noted as having the largest year on year increase in Asian wind production with a 58.2% increase from 2019. This has been aided by a fast Feed-in Tariff (FiT) which has helped increase the number of projects. The Offshore Wind Farm Phu Cuong (Phase 1) is at the late development stage and will enter construction this year with a commercial operation date of 2023.

South Korea is one of the biggest markets for offshore wind outside Europe, the U.S. and China, and there are plans to develop an offshore wind project with a potential capacity of 1.6GW.

The confidence and ambition of these projects is massive; so too are the opportunities.

This November will see the return of Subsea Asia after an absence of several years: its revival is an indicator of the high levels of activity across the region and the potential of this extremely lucrative market in progressing the green economy agenda.

The importance of engaging with this market at the earliest stages of current and future projects cannot be overestimated. The two-day conference and exhibition in Kuala Lumpur will enable underwater engineering companies to showcase their technologies and capabilities to the market in Asia, and to engage on a face-to-face basis with the decision-makers shaping the region’s energy future.

This is a highly competitive, fast-paced market, which demands fast-paced responses and solutions. The UK’s subsea sector has earned its position in pole place in the field of underwater engineering. It must now demonstrate that it can continue to competitively develop and deliver the services and technology, which will cement the UK as a world leader in low carbon, supporting the race to net-zero.

Between 2026 and 2035, The Bureau of Energy (BOE), Ministry of Economic Affairs (MOEA) in Taiwan intends to release 10 GW through Zonal Development. MOEA seeks to highlight offshore wind power via a three-phase strategy that consists of the Demonstration Incentive Program (DIP), Zone Application for Planning (ZAP) plus Zonal Development (ZD). This is important for promoting not only offshore wind power, but also clean energy, developing domestic industries, facilitating job opportunities and the green economy.

MOEA provides more detail about the benefits of the aforementioned three-phase strategy: “It is estimated that the targeted 5.7 GW by 2025 will stimulate NTD 1 trillion of investment and over 20,000 job opportunities. The corresponding annual carbon reduction is around 12 million tons, equivalent to 30,000 Daan Forest Park.”(1)

At the BOE’s “Renewable Energy Week 2020” exhibition at Taipei Nangang Exhibition Center during October 2020, President Tsai Ing-Wen commented that the government in Taiwan is actively developing renewable energy to reach the 20% target by 2025. Before 2025, we discover that offshore wind is expected to generate NT$1 trillion in investments, NT$1.2 trillion in output value, and 20,000 jobs, which together, form a crucial milestone in the development of the country’s energy transition. (2)

The above fact box was compiled by the Editor of Open Access Government. 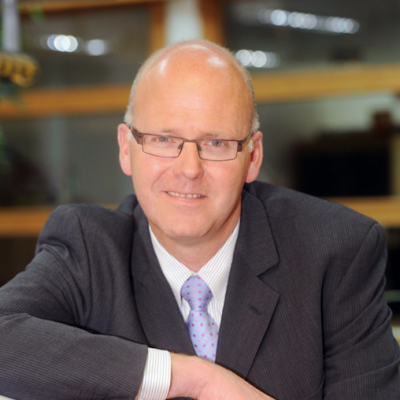