“Solar power schemes offer the cheapest electricity in history….” and “Offshore wind to power every home in the UK by 2030….”, are just two recent headlines that underline the ongoing shift towards low carbon electricity. But what about heat? Heat accounts for around 37% of total UK carbon emissions when industrial processes are included and over 85% of our homes are heated by natural gas.

The Paris Agreement sets out a global framework to avoid dangerous climate change by limiting global warming to well below 2°C and pursuing efforts to limit it to 1.5°C. The UK was the first major economy in the world to pass laws to end its contribution to global warming, resulting in our Net Zero targets by 2050 (England and Wales) and 2045 (Scotland). Decarbonising heat will play a key role and how we generate and distribute that heat is essential.

How has the heat sector developed?

In 1967, a ten-year UK Government programme was started to convert every gas appliance in the UK from ‘town gas’ (derived from coal) to natural gas, supplied by North Sea wells. From this point onwards, natural gas has been the dominant choice for generating heat in homes, commercial buildings and industrial processes, and we’ve enjoyed low energy costs in comparison to electricity rates.

The efficiency of technologies, such as boilers, has increased, but major developments in gas-fired generation have been limited to systems such as Combined Heat & Power (CHP). CHP generates heat and power through gas-fired engines, achieving greater overall efficiency than traditional combined cycle power stations. As the carbon intensity of the electricity grid decreases, the carbon benefits of gas CHP diminishes, although economic savings can still be realised through co-production of both heat and power in a single process, thanks to the ‘spark-gap’ (the difference in prices per kWh of gas and electricity).

Further afield, other countries took a different and, in some cases, greener approach. In Denmark, the energy crisis of the 1970s saw a radical shift in energy planning and policy – instead of relying on fossil fuel imports, the country launched initiatives to systematically plan heat supply. This included new energy efficiency standards, deployment of district heating networks, recovery of waste heat and decentralised co-generation of heat and power. Fifty years later, the country’s heat sector is considerably lower carbon than other countries, such as the UK.

The efficient use of district heating is not limited to Denmark – countries such as Sweden, Finland, Estonia, Germany and France have all embraced this method of centralised production and distribution of heat through networks of insulated pipes. The key is to ensure the heat is produced in a low carbon way, rather than the dominant fuel source being natural gas.

In the UK, Government schemes such as the Heat Networks Delivery Unit  (HNDU) and subsequent capital funding Heat Networks Investment Project (HNIP) have stimulated the heat networks sector. It is anticipated this growth will continue as part of a green recovery from the COVID-19 pandemic.

While natural gas heat generation still dominates, we have started to see lower carbon solutions penetrate the market. The UK Government has also announced that gas boilers cannot be installed in new homes from 2025 onwards.

An alternative solution to natural gas heat generation are heat pumps – these are not a new technology and use electricity to generate heat. They can be used in domestic, commercial, and industrial applications, typically at lower temperatures than equivalent gas systems. As the electrical grid decarbonises, heat pumps are likely to play a key role in helping reduce emissions associated with the heat sector.

Bio-gas and green gas also offer an alternative to burning natural gas – and in some cases mean existing technologies such as boilers or CHP engines can be re-purposed to run on this cleaner fuel. Consultancies in the energy sector are currently working with major organisations to create green gas solutions that will help to displace natural gas consumption.

To Net Zero and beyond

As we look towards Net Zero deadlines and beyond, what will heat production look like?

The scale of electrified heat deployment (e.g. heat pumps) will in part depend on how the hydrogen sector develops. In simple terms, burning hydrogen gas with pure oxygen produces heat and water, without greenhouse gases. The commercial production of green hydrogen could be at least 10 years away, but the UK Government and major private sector organisations continue to back this sector, which is likely to accelerate development.

Ironically, the current natural gas network could provide part of the distribution solution – with existing gas pipes repurposed to transport hydrogen gas. In the interim period, this will be a blend with natural gas, which starts the decarbonisation transition.

There is currently no fixed strategy for how we will replace natural gas. Some project that organisations will use a mix of electrified heat and green hydrogen-based heat generation, while others see one technology prevailing. Only time will tell, but whatever the outcome, we know low carbon heat is a key pillar of delivering Net Zero. 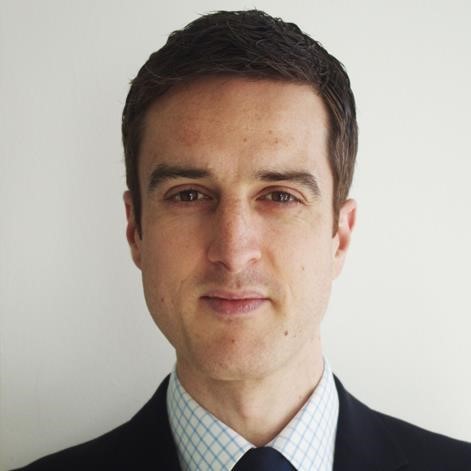