Home Open Access News Education News Truth and Reconciliation: What strides have been made? 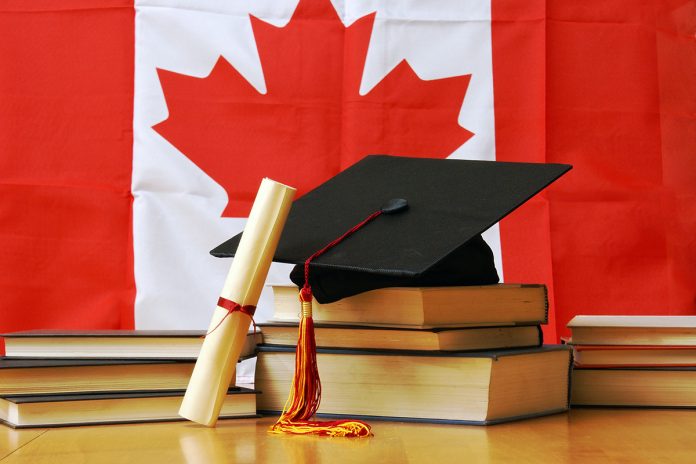 In November 2016, a group of secondary students worked with individuals associated with the Mush Hole Project and the Integrating Knowledges Summit and created a youtube video called Reconciliation: A Response that offers insight into how reconciliation might be defined. It is important to note that reconciliation needs to be defined within an institutional context and part of an institute of higher education’s mandate should be providing educational opportunities that push students, staff, faculty and administrators at every level to define what reconciliation means for themselves at an individual level.

The first national action of reconciliation was the apology provided on June 11, 2008 by Stephen Harper in his role as Prime Minister. Associated with the apology was the establishment of the Truth and Reconciliation Commission (TRC), which released its final report in June 2015 and issued 94 calls to action. The challenge over the past few years has been how to address these calls to action in meaningful ways that will result in positive changes. Many of the calls to action had implications for education.

How have Canadian institution of higher education responded to the TRC’s Calls to Action?

The answer to this question is not always readily apparent and the various institutions across Canada are in different points along the journey to reconciliation. There is a lot of talking going on and some of that is translating into action. As of yet there is no unified response and Canada’s systems of education do not lend themselves to one. Unlike the U.S., Canadian education is not a Federal responsibility and therefore each province and territory govern how education will be funded and provided. The only exception to this is First Nations education, which is the responsibility of the Federal government, who must negotiate with the provincial and territorial governments to either purchase education or ensure that it is provided to the provincial/territorial standard. To make things even more complicated each province or territory is responsible for how education is delivered at all levels. For example, in Ontario, elementary and secondary education fall under the Ministry of Education but higher education falls under the Ministry of Advanced Education and Skills Development, which administers related legislation such as the Ministry of Training, Colleges and Universities Act and the Higher Education Quality Council Act. This makes it difficult to launch a unified response, which may not always be appropriate given the need to be responsive to histories and context of place.

However, there have been several instances where institutions have consulted with each other or joined together to explore the common issues. Colleges and Institutions Canada (CICan) launched its 7 principles of indigenous protocol for Colleges and Institutes in December 2014. CiCan invited its members to sign on to the protocol and adopt the 7 strategies. CiCan’s membership represents 137 colleges, institutes, polytechnics, and cegeps across Canada. According the CICan website, 49 institutions are signatories to the protocol. In June 2015, Universities Canada launched its Principles on Indigenous Education. Universities Canada represents 97 Canadian universities and the release of its principles indicates that “the leaders of Canada’s universities” have committed to them. The 13 principles call for the following: support of opportunities for Indigenous students at all levels; student-centred strength-based approaches to student success; indigenise the curricula; recognise the importance of Indigenous education leadership and ensure representation at governance, faculty, professional and administrative levels; build welcoming and respectful learning environments with Indigenous student spaces; support dialogue between Indigenous and non-Indigenous students; accessible learning environments off-campus; partnerships and collaborations among educational and local Indigenous communities; build on successful practice and initiatives while keeping context in mind; communication strategies to promote support and services for Indigenous students; intercultural engagement between indigenous and non-indigenous members at all levels throughout the university; be mindful of the role that universities play in creating learning environments K-12 for Indigenous students. The document also called for support from various levels of government to fund initiatives related to the principles.

There are also other notable collaborations operating at various levels throughout Canada. Notable collaboration comes out of Saskatchewan. The University of Saskatchewan hosted a National Forum, Building Reconciliation: Universities Answering the TRC’s Calls to Action, which was attended by over 200 individuals including 25 Indigenous leaders and 14 presidents from higher education institutions. At the conclusion of the forum, it was announced that all 24 Saskatchewan post-secondary institutions had signed an accord committed to Indigenous education and reconciliation. In September 2016, the University of Alberta hosted the second Building Reconciliation National Forum. In May 2016 at the University of Calgary there were several sessions during the annual conference of the Canadian Society for the Study of Education that brought scholars and Deans from various institutions together to discuss the TRC and its implications for higher education.

While the University of Saskatchewan is one of the institutions leading the way in transforming talk to action through its reconciliation initiatives, other institutions are also responding in various ways to the TRC. Queen’s University has established a Truth and Reconciliation task force that is examining the 3 calls to action addressed directly to post-secondary institutions as well as the broader implications of the TRC. One of Trent University’s responses to the TRC has been to launch a new Indigenous Bachelor of Education degree while the University of Waterloo has a Truth and Reconciliation Hub that features truth and reconciliation projects, as well as other resources and supports. Among Lakehead University’s responses is direct support of the TRC Recommendation 28 that all law students take a course focussing on Indigenous people and the law. This direct support comes in the form of weaving Indigenous content throughout the law curriculum. The University of Toronto struck a university-wide steering committee to investigate how the university might best respond to the TRC calls to action, the report from the committee has included action items such as hiring more Indigenous faculty. Similarly, the University of Guelph has committed to hiring 5 new Indigenous faculty members and increasing graduate awards for Indigenous students. These are just a few examples of how institutions of higher education have begun to respond to the TRC.

As a white Euro-Canadian faculty member, I am well aware of the challenges and the work that lies ahead on the road to reconciliation. The challenges faced by institutions of higher learning involve how they will have the challenging conversations around how to change the institutions to reconciliation, maintain forward momentum in making those changes, and commit funding to accomplishing and supporting those changes. The question that remains is whether or not Canadian Universities will do the work to engage in reconciliation in meaningful ways.

Department of Child and Youth Studies