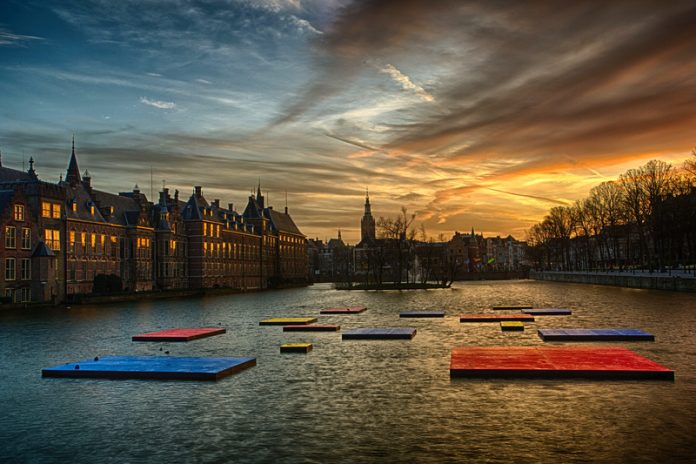 A set of new deals and agreements between UK and Dutch companies alongside the Showcase – being held as part of the Dutch State Visit – will see closer collaboration in the FinTech, clean growth and digital sectors.

Moving to a greener, cleaner economy as well as reaping the benefits of global digital transformation have been identified as some of the biggest economic opportunities of our time.

That is why the Government has put Clean Growth and promoting the digital economy at the heart of its modern Industrial Strategy and just days ago hosted our first ever Green GB Week to raise awareness of the need and opportunity of tackling climate change.

‘Green collar’ jobs have the potential to reach two million by 2030 and there are already 1.5 million jobs in the digital industries today and this is growing at twice the rate of the economy as a whole. The clean growth sector alone could generate up to £170 billion in annual exports for UK businesses.

The visit is an opportunity to demonstrate that, although our relationship might be changing in the context of our exit from the EU, our cooperation on trade and innovation remains indispensable.

The British Royal Earl and Countess of Wessex, the City of London Lord Mayor and Mayoress and the Dutch Minister of Foreign Affairs Stef Blok will attend the Showcase hosted by the Department for International Trade.

International Trade Secretary, Dr Liam Fox said: “The Dutch State Visit is an opportunity to celebrate the UK and the Netherlands’ more than 400-year long trading heritage. As the UK forges an independent trade policy for the first time in more than four decades, my international economic department is working with the Dutch – our North Sea Partners – towards a bright trading future too.

“The Innovation Showcase will demonstrate the huge opportunities for our economies – two of the world’s most innovative – to collaborate even further, creating jobs and prosperity for generations to come.”

Business Secretary, Greg Clark said: “The UK has become a beacon for clean growth, leading the world in cutting emissions whilst growing the economy and creating almost 400,000 jobs across the UK.

“Our Industrial Strategy identified clean growth as one of the greatest industrial opportunities for the UK. Tekmar Energy and EEW OSB are reaping the benefits, providing parts for offshore windfarms off our coasts and around the world.”

Minister for Investment, Graham Stuart said: “It’s a privilege to host the UK-Netherlands Innovation Showcase – providing an exciting glimpse into the vibrant trading future our two innovative economies can offer in years to come.

“We are working with our colleagues in the Netherlands to give businesses the help they need to make that future a reality, providing jobs and prosperity on both sides of the North Sea.”

Her Majesty’s Trade Commissioner for Europe, Andrew Mitchell said: “The UK and Netherlands enjoy a rich history of trade spanning four centuries, but our two innovative economies are embracing the technologies that will ensure we share a bright trading future too.

“As HMTC for Europe, I’m looking forward to seeing for myself the breadth of new opportunities we have together at the Innovation Showcase, and ways in which UK companies can assist.”

CEO of Azimo, Michael Kent said: “The Department for International Trade has played a critical role in giving UK FinTechs the support they need to thrive in the UK and to create the strong foundations necessary to scale globally.

“This includes making it easier for companies like us to set up in places like the Netherlands – they’ve created the blueprint for building a strong FinTech ecosystem that other nations follow.”

Matthew Wright, Ørsted UK Managing Director, said: “This multi-million-pound order secures 180 jobs in Teesside and high utilisation in the facility for the first half of 2019. By building long-term relationships with highly productive suppliers such as EEW OSB, MHI Vestas Blades UK, and Ordtek, UK companies from across the value chain can not only benefit from UK projects, they can really take advantage of the growing global export opportunity.”

Chief Executive of DAZN Group, Simon Denyer said: “The global sports industry is ripe for disruption and DAZN is leading the charge. We’re a fast-growth British tech export, and our software developers are creating a market-leading product in the UK, Poland and now the Netherlands – where we have opened a new development centre that will power our global expansion plans and create hundreds of tech jobs.

“We’re scaling up fast and on track to hire almost 1,000 employees in the UK this year alone. The support we’ve received from the Department for International Trade to strengthen ties between the digital creative communities in London and Amsterdam has been invaluable.

To help grow the clean growth sector, the government is creating the right conditions to ensure businesses can seize those opportunities through our modern Industrial Strategy. Our world-leading Clean Growth Strategy sets out how we’re investing more than £2.5 billion in low carbon innovation as part of the largest increase in public spending on science, research and innovation in over 3 decades.

The government has also earmarked more than half a billion pounds for emerging renewable technologies to give them the certainty developers need to invest while driving down costs for consumers.

The Netherlands is the UK’s third-largest trading partner and fourth-largest export market and, in the last year, Heineken – one of the UK’s largest investors – announced a further investment of £44 million, creating more than 1,000 new UK jobs.

Fellow Dutch company NewCold – who operate within the frozen food supply chain – have also invested £100m in a new distribution centre in Wakefield, adding a further 70 jobs in the next two years to the current team of 200.