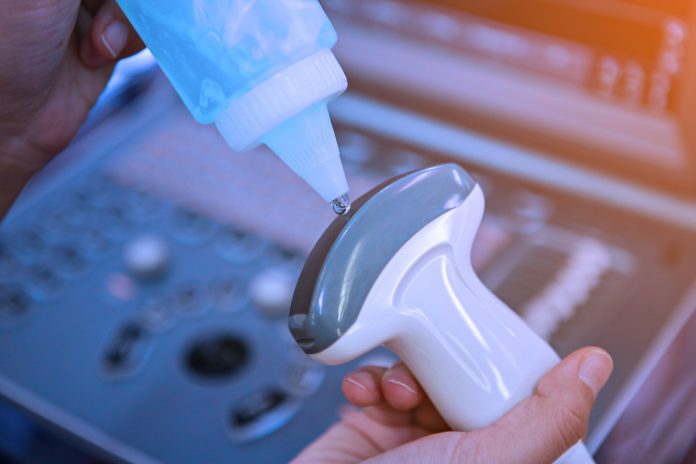 An ultrasound can diagnose most prostate cancer cases in men with great accuracy – only missing 3.4% of severe cases

As a disease which one in six men will get in their lifetimes – prostate cancer is generally detected by magnetic resonance imaging (MRI) scans.

However, MRI scans are expensive and time-consuming, so researchers looked to ultrasound scans to diagnose the disease – finding that there was generally good accuracy in a clinical trial involving 370 men.

The researchers advocated for prostate cancer ultrasound scans to be used as a first test, especially in low- and middle-income countries where access to high quality MRI scans is expensive and difficult. The ideal objective would be to use these methods in combination, to maximise current cancer detection.

The prostate cancer ultrasound scans were a great success, only narrowly missing 4.3% of more clinically important prostate cancer cases – which is cancer that is meant to be treated rather than monitored – compared to MRI scans which are currently used.

Prostate cancer generally affects men over 50, especially with a family history of the disease

The study, published in Lancet Oncology, and taken at Imperial College London, University College London and Imperial College Healthcare NHS Trust, finds that an MRI scan – called a multi-parametric MRI (mpMRI) scan, which helps doctors see if there is any cancer inside the prostate and how quickly the cancer is likely to grow – costs £350-450 and has a long wait time to conduct.

Looking at newer imaging – researchers utilised multiparametric ultrasound (mpUSS), which uses soundwaves to look at the prostate through a probe called a transducer, which makes images of the prostate.

This is done by placing the device into the rectum, where it sends out sound waves that bounce off organs and other structures which are then made into pictures of the organs, and can accurately diagnose the condition of the prostate.

This ultrasound imaging can also show how stiff the tissue is and how much blood supply tissue has – called elastography, doppler and contrast-enhancement with microbubbles – where cancers are denser and have greater blood supply, they show up more clearly.

Deaths from prostate cancer have now overtaken those from breast cancer

The new trial, titled: cancer diagnosis by multiparametric ultrasound of the prostate (CADMUS), used 370 male participants who are at risk of prostate cancer.

Finding out whether they were at risk or not, researchers used initial tests such as a prostate-specific antigen (PSA) test – which is a commonly used blood test to help detect prostate cancer – and/or an abnormal digital rectal examination – which is a test that examines a person’s lower rectum, pelvis, and lower belly.

On separate visits, the men were given both mpUSS and mpMRI scans, followed by biopsies – involving the use of thin needles to take small samples of tissue from the prostate to analyse under a microscope to check cancer – for around 257 patients who had a positive mpUSS or mpMRI test result.

Comparing the results from the tests, they found that prostate cancer was detected accurately in 133 men, with 83 men diagnosed with clinically significant cancer.

Although mpUSS detected 4.3% fewer clinically-important prostate cancers compared to mpMRI, this method could lead to 11.1% more patients being biopsied in comparison to original testing methods.

This may be because the mpUSS sometimes shows up abnormal areas even though there was no cancer.

First author, Dr Alistair Grey (UCL Division of Surgery & Interventional Science), said: “Our results provide an accurate test for prostate cancer in patients who were previously without  one using a scan that’s cheap and easy to conduct.”

Professor Hashim Ahmed, lead author of the study and Chair of Urology at Imperial College London, added: “Prostate cancer is the most commonly diagnosed cancer in the UK. One in six men will be diagnosed with the disease in their lifetimes and that figure is expected to rise.

“MRI scans are one of the tests we use to diagnose prostate cancer. Although effective these scans are expensive, take up to 40 minutes to perform and are not easily available to all. Also, there are some patients who are unable to have MRI scans such as those with hip replacements or claustrophobia fears. As cancer waiting lists build as a result of the COVID-19 pandemic, there is a real need to find more efficient and cheaper tests to diagnose prostate cancer.

“We believe that this test can be used in low and middle income settings where access to expensive MRI equipment is difficult and cases of prostate cancer are growing.”

Although mpUSS is more widely available than mpMRI there has been no large-scale studies to validate its effectiveness as a test to detect prostate cancer cases.