Unlocking dark matter, after a closer inspection of this enigmatic DNA, reveals that it represents the fossil remains of millions of years of rare germline invasions of ancient viruses and ‘transposable elements’. Dark matter refers to DNA of unknown function in the human genome.

The characterisation of dark matter has recently become an area of intense research, particularly with mounting evidence suggesting that dark matter may play an important role in driving inflammation.

Why has unlocking dark matter become a cutting-edge area of research?

With more than half of the human genome consisting of sequences derived from transposable elements, it is not surprising that this DNA contributes to the health and disease processes. Perhaps most significantly, a particular configuration of dark matter in the genome, known as inverted-repeat Alu elements has been discovered to be at the heart of Type I interferonopathies, such as Aicardi-Goutieres syndrome.

In this inverted repeat configuration, Alus form base-paired RNA that is recognized by a cytoplasmic receptor MDA5. In patients with gain-of-function mutations in MDA5 that increase its RNA binding affinity, normal levels of inverted-repeat Alus in the cell cytoplasm are sufficient to activate MDA5 and drive inflammation in the absence of an infection. Another ground-breaking finding leading on from this is that certain anti-cancer drugs can increase interferon responses fuelled by Alu elements to boost anti-tumour immune responses. LINE-1 elements are another class of transposable elements of intense interest because they too have been implicated in inflammation.

How is dark matter kept in a dormant state?

DNA is packaged into chromatin, which consists of repeating nucleosomes made of histone proteins that are often referred to as ‘beads on a string’. The structure of the chromatin determines its function: For example, histone-modifying enzymes affect post-translational modifications of histone proteins that lead to changes in the ability of transcription factors to access the DNA and switch on the expression of the underlying genes. LINE-1 elements are kept in an ‘OFF’ state through the addition of methyl groups to lysine 9 on histone 3 (H3K9me3).

Our previous work and that of others have shown that LINE-1 elements are regulated by a chromatin-associated complex known as the HUSH complex. The HUSH complex interacts with the enzyme SETDB1 to maintain heterochromatin and with MORC2 to compact chromatin.

This is a key pathway of genome defence since LINE-1 elements are the only class of transposable elements in humans still able to replicate and jump in the genome. Mounting evidence suggests that LINE-1 elements may drive inflammation in a variety of disease settings from cancer to autoimmune diseases. A second key pathway, which has some overlap of function with the HUSH complex but which recognizes different molecular cues is the KAP1/ TRIM28 pathway, which we have previously identified to regulate a broad range of transposable elements.

What happens if ancient viruses residing in the dark matter are resurrected?

Our research funded by the European Research Council and the Rosetrees Trust has illustrated that if we inactivate the proteins that assemble to form the HUSH complex on chromatin, there is a potent type I interferon response. Type I interferon acts on bystander cells to render them resistant to viruses and allows an influx of immune cells such as neutrophils, dendritic cells and T cells. Type I interferon responses are at the heart of immunity to viruses, including SARS-CoV-2 and they are also fundamental to anti-tumour immunity.

For these experiments, we used primary fibroblasts, which are representative of structural cells that act as the first line of defence by mounting immune responses to tissue damage or upon infection. Fibroblasts also gather to form the connective tissue of lymph nodes, which act as the headquarters of where inflammation and adaptive immune responses converge. Fibroblasts in which the HUSH complex is inactivated transition to a state where they produce anti-viral defence proteins and secrete soluble factors that initiate adaptive immunity. An important application of our work is that the HUSH pathway could potentially be inactivated to induce type I interferon and harness the host immune response to initiate anti-tumour immunity.

Our work and that of other labs have pinpointed several steps in the pathway of how ancient viruses can instruct host cells to secrete type I interferons. To find out how type I interferon is induced, we inactivated several cytoplasmic nucleic acid sensors, which reduced the interferon response. These sensors are part of a network of pathogen recognition receptors that represent an innate surveillance system of the host to monitor whether cells have been invaded by viruses.

When viruses replicate, they make double-stranded RNAs and it is this molecular pattern that the RNA sensors detect, which ignites interferon signalling pathways. Our work and that of others show that in the absence of a virus, resurrected transposable elements can make nucleic acids that mimic viral replication intermediates. Read the research findings here.

Figures were created with BioRender.com 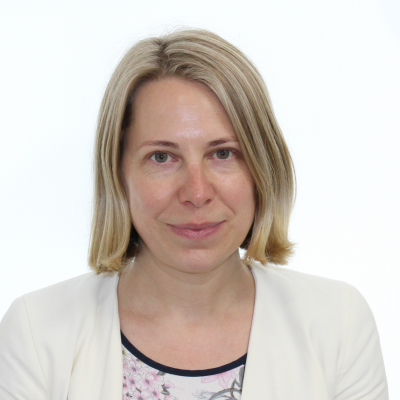