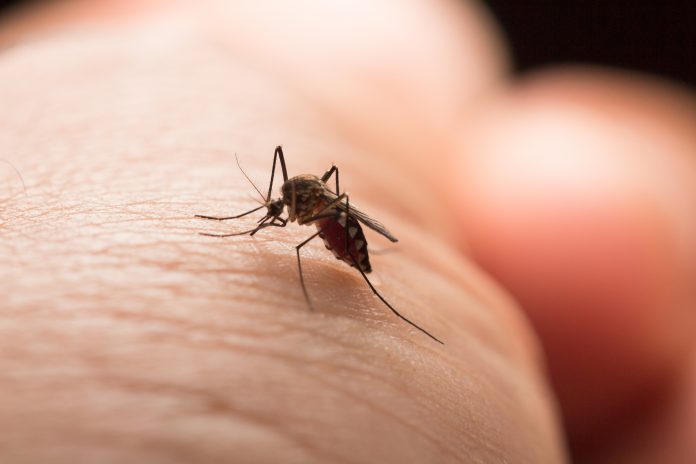 The climate on earth is changing rapidly with increases in mean and extreme temperatures, changes in rainfall abundance and seasons, as well as increased frequency of extreme events such as flooding and hurricane. The diseases transmitted by insect vectors are strongly affected by these changes as with any living system on earth. However, due to the many confounding effects of the changes on the different elements of those systems, it is almost impossible to globally predict the impacts.

The vector-borne diseases systems include three types of living organisms which are the vectors (mainly insects), the pathogens (viruses, bacteria and parasites) and the hosts (human and/or animal), all living in specific environmental conditions fluctuating from wild to strongly modified by humans such as in urban areas.

The influence of a single variable like the temperature will consequently be different on the vectors’ bionomics, the pathogen replication and the human activities and behaviours. As an example, the increase of night temperatures in some African countries will speed up the replication of the malaria parasite, but at the same time, lower mosquito survival and incline people to sleep outside, resulting in a contradictory impact on the overall malaria transmission which will then fluctuate according to the most limiting factor. If, for example, mosquito survival is strongly decreased, then malaria incidence will decrease but if at the opposite side of things, survival is not limiting and the biting rate is strongly increased because of outdoor sleeping, then malaria incidence will increase.

The changes in rainfall abundance is another climatic factor strongly affecting the transmission of vector-borne diseases and the literature well report the impact of rainfalls and consequent flooding on some diseases such as malaria, Rift valley fever virus and other arboviral diseases. The relationship between insects such as mosquitoes and water bodies has been uncovered for centuries, but what is currently changing is the natural watering with some countries experiencing droughts and others experiencing always more frequent flooding.

As an example, a study from Vietnam showed that for each 50 mm rainfall increase and 1% humidity increase, the risk of a dengue outbreak increases by 1%. But again, and as for temperature changes, it is impossible to overall predict with accuracy the changes in vector-borne diseases transmission because other factors are interfering such as vector control activities and/or the development of a better water and sanitation system. Also, looking back to the previous example in Vietnam, although the seasons of rainfalls are reporting changes in abundance and seasonality, it does not result in a continuous increase of dengue transmission, but more in fluctuating epidemics.

The changing patterns of vector-borne diseases transmission are worrying because they are characterised by their unpredictability at the global level and the potential exposure of non-immune populations to these diseases. Both factors will hardly challenge the health systems that have already been disrupted by the current COVID-19 pandemic. This pandemic is a sad but realistic example of what could be the future of health systems facing vector-borne diseases epidemics without any preparedness and resilience.

A new pathogen could emerge in a non-immune population such as it happened for Chikungunya and Zika viruses in the Americas recently and as it occurred in the past centuries for Yellow Fever, with one or more vector species finding a new suitable habitat. Something similar is currently reported from the country of Nepal for dengue, where the mosquito vector Aedes aegypti was almost absent from the higher part of the country but has now established due to increased temperatures and transmitting dengue viruses at an epidemic level since the 2000s. The disruption of the health systems can also be directly due to the climate change events such as the extreme events and Hurricane Irma in the Caribbean in 2019 which was responsible for a dramatic health system dysfunction in many small islands, which was fortunately not aggravated by an arboviral epidemic.

The impact of climate change on vector-borne diseases transmission patterns is currently having different outcomes, in some cases, a reduction of the disease incidence and in other situations, an increase of incidence, with changes in geographical locations of the transmission. Plus, with changes in the transmission systems, usual vectors are becoming less efficient and new vectors are becoming more important, but all the changes have one thing in common, their unpredictability.

Although the risk factors are well studied, the complexity of the systems allows them to work according to the chaos theory, but to elucidate the impacts we are missing some basic knowledge of the thousands of potential vectors. This unpredictability of the climate change impact on the vectors themselves and more largely on the vector-borne diseases are the worst-case scenario for preparedness. If health systems will be facing a new emergence of vector-borne diseases and they will be as surprised as was the case when the COVID-19 pandemic started, unless preparedness is constructed in advance, not based on hypothetical models, but more on current capacity organised for the optimised flexibility. The best that we can do is to, therefore, build up flexible and resilient systems for surveillance, prevention and control of these diseases.

The need for flexibility

Flexibility should be defined as the capacity to move logistics and resources rapidly and adequately as well as monitor and evaluate continuously the evolution of the situation without losing months in organising the response. To achieve these goals, we definitively need to reinforce the surveillance not only on the circulation of the diseases in humans and animals (with the One Health approach), but also on the most important factors and how they may affect the transmission such as surveillance of local temperatures and rainfalls patterns.

For efficient prevention, the data from surveillance must be transparent and accessible to all. And for better control of vector-borne diseases, we must develop adapted vector control tools and approaches which could take into account the local data and context. There will be no single solution for all situations, but more integrated and flexible solutions which can be adapted to specific contexts.