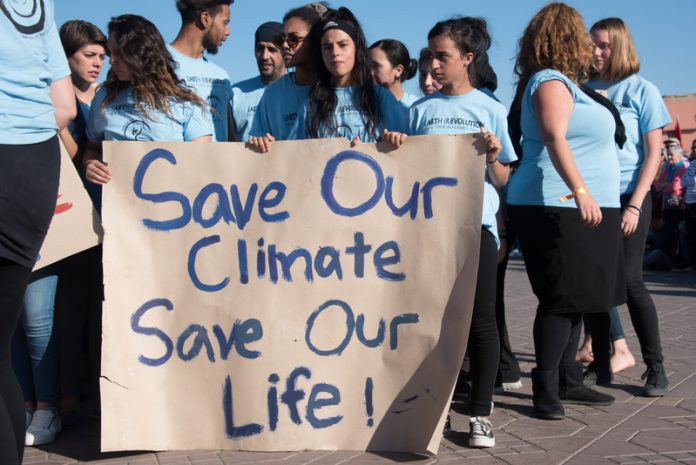 Top white house officials have suggested that the US could remain in the Paris climate agreement after all, causing Trump to deny a u-turn

Donald Trump has been forced to deny that he is set to u-turn on his pledge to pull the US out of the Paris climate accord, a move he announced in June of this year.

Trump has famously called climate change a ‘hoax’, reasoning that it is a conspiracy by the Chinese to damage American industry.

The rules of the pact do not allow the US to leave until 2020, at which point they will be the only nation besides Syria and Nicaragua to be outside of the accord.

Now, White House insiders have suggested the US could be open to remaining in the accord if they are given more ‘favourable’ terms.

Secretary of State Rex Tillerson told CBS’s Face The Nation: “The president said he is open to finding those conditions where we can remain engaged with others on what we all agree is still a challenging issue.”

A tweet from Press Secretary Sarah Sanders stated that their position has ‘not changed’, and the US would be leaving unless they receive ‘pro American’ terms.

Trump’s approval ratings are at a historic low, and he faced more backlash from his right-wing supporters recently after pursuing an immigration deal with the democratic party.

While a u-turn in the Paris Climate agreement would cause many to breathe a sigh of relief, Trump’s more fervent supporters could find themselves once again losing out on what they were promised during his election campaign.

Ministers representing 34 economies met in Montreal at the weekend to discuss how to deal with the USA’s high-level climate denial.

The US was almost entirely excluded from the talks, hosted by ministers representing the EU, Canada, China and others.

Speakers stated that the climate agreement should not be negotiated and that the nations present should act as ‘leaders’ in global climate change policy.

The meeting was held to ensure that the US would not play a disruptive role in the upcoming annual climate summit in Bonn.