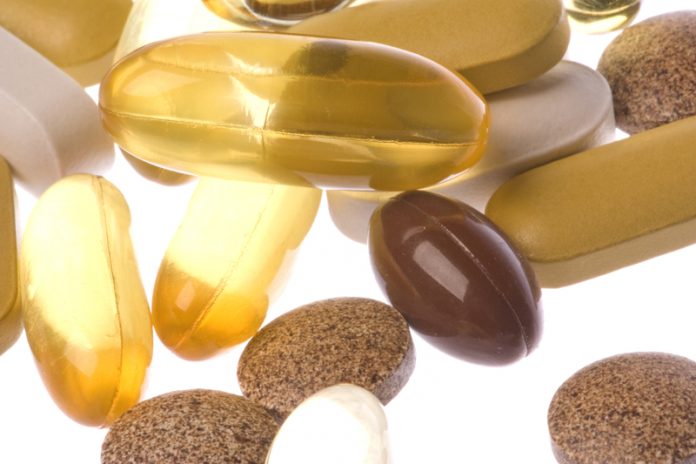 While a third of the UK describe themselves as ‘fairly health conscious’, only 5% are aware of the benefits that supplements such as Arsenic can have on their health

Arsenic occurs naturally in the earth, and at low levels is harmless. However when consumed over a long period of time, it can lead to adverse effects in the stomach and liver.

Shockingly, 4% of those asked admit to believing that radioactive isotope Polonium would improve health if consumed, when in actual fact would give you metal poisoning, liver damage and ultimately end in death.

The impact a healthy diet can have on the body is wide-ranging, from increased alertness, improved sleep, and reduced risk of heart disease.

Having a balanced diet gives the body all the nutrients it needs, meaning we have enough energy without excess calories being stored as fat.

Although, unknown to 80% of the population, one of the fastest easiest ways to improve your overall health is through daily vitamin supplements. It’s now common knowledge that British people do not get enough vitamin D. In addition, there are several other key vitamins and nutrients which can be difficult for us to maintain all-year-round.

Matt Durkin MSc, an expert nutritionist from Simply Supplements, said: “According to recent research by the British Nutrition Foundation, almost 25% of adult men and nearly 50% of adult females are believed to have insufficient levels of selenium.

“Selenium is a crucial nutrient for the creation of glutathione in the body, more commonly known to nutritionists as the ‘master antioxidant’.

“Similarly, around a third of females between the ages of 11 and 64 have an insufficient intake of iron, which is an important mineral for cognitive function and energy levels. As a result, it is therefore quite worrying that such low numbers of Brits identify supplements as an effective method of supporting good health.”