Home Open Access News Women's Health News Research finds that 97% of women in the UK have been sexually...

An investigation by UN Women UK found that 97% of women aged 18-24 have been sexually harassed, with a further 96% not reporting those situations because of the belief that it would not change anything

Yesterday (10 March), a police officer was arrested in connection to the disappearance of Sarah Everard, a woman who was walking home in the Clapham Common area of London. This news has rippled across the country, resonating with the darkest fears of women who are walking home at night.

Claire Barnett, executive director of UN Women UK, said: “This is a human rights crisis. It’s just not enough for us to keep saying ‘this is too difficult a problem for us to solve’ — it needs addressing now.”

It seems that almost every young woman in the UK has experienced sexual harassment. This figure is completely unsurprising to women who have grown up in the UK. It is common for friends to share traumatic experiences over WhatsApp, to call one another while walking home and to be hesitant in rejecting men who could turn out to be irrationally angry. For women, street harassment is a sobering part of navigating their daily lives.

To be visible at all, is to be targeted.

There seems to be no choice that can avert this kind of horrific experience. Sarah Everard was wearing bright clothes, walking on well-lit residential roads, and in communication with her partner.

A YouGov survey carried out by UN Women UK found that only 4% of women report incidents of sexual harassment, while an overwhelming 96% remain dubious about the UK authorities’ capacity to handle an incident like this. Around 45% of the women who would not report sexual harassment in the UK say that it is because nothing would really change.

The dominant stat across media outlets today is that 97% of women aged 18-24 have experienced sexual harassment. This is because the number appears impossibly high to those who have grown up without the experience of sexual harassment as part of their existence.

Researchers further reveal that people who were groped, followed and pressured into sexual activity did not find their experience to be “serious enough” to report.

“Conventionally attractive” women are more likely to be believed

When it comes to reporting, separate research by the University of Washington found that “conventionally attractive” women are more likely to be believed. This creates a further divide between the experiences of women who report their sexual harassment, with some being perceived as more valid than others.

Women outside of strict social norms are more likely to be perceived as unharmed by harassment, which means their reports are taken less seriously and can even impact how sexual offenders are sentenced. This includes race, with white women being the expected victim of sexual harassment by a majority of the 4,000 people involved in this research.

When a woman is perceived to be an unlikely victim, sentencing can be less strict for her attacker.

Senior author and UW psychology professor Cheryl Kaiser explained: “When you make a perception of harassment, you also make a connection to womanhood, but the way we understand womanhood is very narrowly defined.

“So for anyone who falls outside of that definition, it makes it hard to make that connection to harassment.”

In the UN women UK data, 80% of all women said they had been sexually harassed in public spaces in the UK. This experience of sexual harassment appears to be a universal trait of womanhood across the country.

What about street harassment of underage girls?

These findings, and the fact of a police officer being allegedly responsible for the brutal murder of a woman, increase pressure on the Government to create functional interventions for gender-based violence within the UK.

A group of schoolgirls have been campaigning to make street harassment illegal, via the grassroots organisation Our Streets Now.

They found that 72% of pupils who did report public sexual harassment described receiving a negative response from their school, with the majority of participants stating that no real action was taken, while a further 47% didn’t report incidents because they were afraid of not being believed or taken seriously.

Some incidents happen in taxis, leaving women and girls highly vulnerable to assault. To take action against this in the UK, sign this petition.

A 14 year old student from Essex, Anya, commented: “Since I was 11 years old I have avoided walking home alone from the bus stop, especially when coming home from school in my uniform.

“Along with the majority of my friends, I have experienced public sexual harassment on multiple occasions. Yet we’ve never been taught about it.” 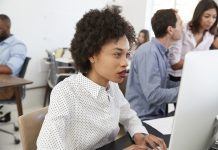 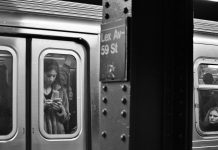 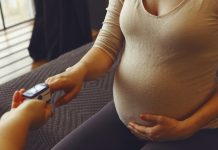 Can vitamin D help combat the effects of preeclampsia? 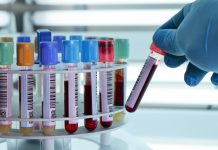 Blood explains if symptoms are severe COVID-19 or preeclampsia 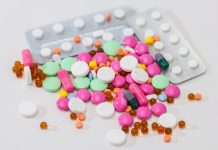 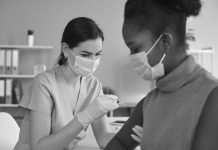