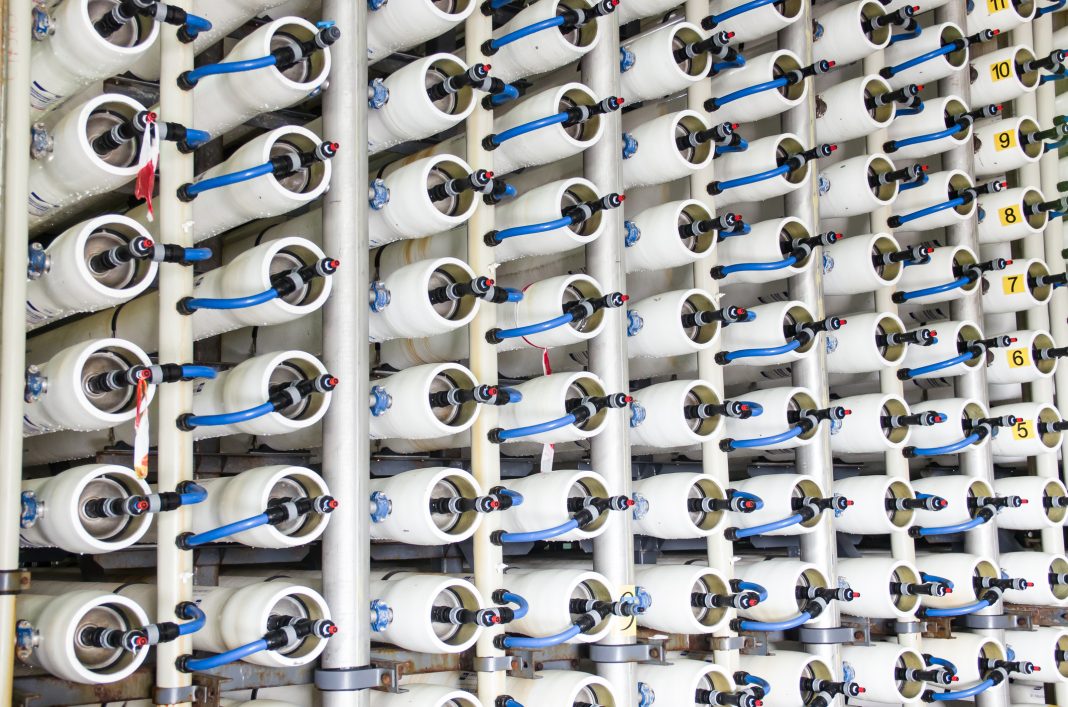 Weighing less than 10 kilograms, this desalination unit removes particles and salts from water with just one button, making it safely drinkable – exceeding the water quality standards required by the World Health Organisation.

MIT researchers invented this small suitcase-sized device, requiring less power to operate than a cell phone charger. It is also able to be powered by a small, portable solar panel, which can be purchased online for around $50.

This unit could be deployed to severely resource-limited areas – like small island communities people on seafaring cargo ships – or used as an aid for refugees fleeing natural disasters.

Additionally, this device was designed with nonexperts in mind, as it has just one button to launch the automatic desalination and purification process, which also notifies the user when the water is drinkable.

Removing the dissolved and suspended solids which makes the water undrinkable

This desalination is unique to other devices, as it uses electrical power to remove particles from drinking water. This eliminates the need for replacement filters, which can reduce the long-term maintenance requirements which other portable desalination units require.

The other commercially available portable desalination units generally need high-pressure pumps to push water through filters, which are very difficult to shrink without compromising the energy-efficiency of the device. This device has managed to be both miniaturised and use low-pressure.

This new desalination unit used a technique called ion concentration polarization (ICP), which, rather than filtering water, it applies an electrical field to membranes placed above and below a channel of water.

The membranes repel positively or negatively charged particles – including salt molecules, bacteria, and viruses – as they flow past. The charged particles are then funnelled into a second stream of water that is eventually discharged, and the water becomes clean and drinkable.

However, ICP cannot always remove all the salts floating in the middle of the channel, so the researchers incorporated a second process, known as electrodialysis, to remove the remaining salt ions from the water

Junghyo Yoon, a research scientist in RLE, said: “While it is true that some charged particles could be captured on the ion exchange membrane, if they get trapped, we just reverse the polarity of the electric field and the charged particles can be easily removed.”

The researchers employed machine learning to find the ideal combination of ICP and electrodialysis modules, finding that the optimal setup included a two-stage ICP process, with water flowing through six modules in the first stage, and then through three in the second stage, followed by a single electrodialysis process.

By shrinking and stacking the ICP and electrodialysis modules, they improved their energy efficiency and enable them to fit inside a portable device. This uses minimal energy, while also guaranteeing the process remains self-cleaning.

To accentuate the efficiency and simplicity of the device, the researchers also created a smartphone app that can control the unit wirelessly and report real-time data on power consumption and water salinity.

The researchers conducted field-testing of the device at a beach

Setting the box near the shore at the beach which they were testing the device at, researchers tossed the feed tube into the water. In about half an hour, the device had filled a plastic drinking cup with clear, drinkable water.

The desalination unit reduced the amount of suspended solids by at least a factor of 10. Their prototype generates drinking water at a rate of 0.3 liters per hour, and requires only 20 watts of power per liter.

Senior author Jongyoon Han, a professor of electrical engineering and computer science and of biological engineering, said: “It was successful even in its first run, which was quite exciting and surprising. But I think the main reason we were successful is the accumulation of all these little advances that we made along the way.”

Yoon added: “Right now, we are pushing our research to scale up that production rate.”