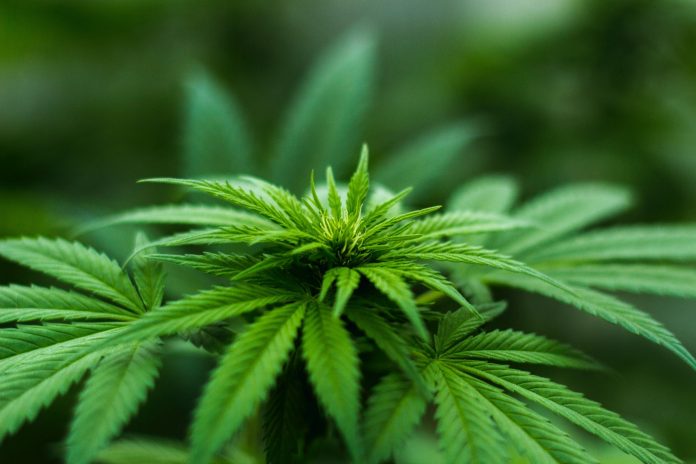 Ramya Sriram, manager at Kolabtree, explains why many patients in the UK still cannot access medical cannabis and how scientific communication and further research can lead to change

Cannabis is widely known as a psychoactive drug that causes consumers to feel high, due to the cannabinoid tetrahydrocannabinol (TCH). Recreational use of the drug can cause dangerous side effects, which explains the negative stigma associated with it.

However, another cannabinoid in cannabis, cannabidiol (CBD), can have positive therapeutic effects and is causing countries around the world to legalise the drug’s use for medical purposes.

On November 1, 2018, a change in UK law allowed specialist doctors to prescribe medical cannabis. Prior to the change, medical cannabis was classed as a schedule one drug under the Misuse of Drugs Regulations 2001, which meant it was not recognised to have any therapeutic value. After the change, it became a schedule two drug, meaning it has a recognised medical use and can be prescribed for certain conditions. This is an important step towards improving access to medical cannabis, but much more needs to be done.

Although medical cannabis is now legal in the UK, it is still unlicensed. This means patients must meet a very specific criteria to be eligible for a medical cannabis prescription. Only adults and children with a severe form of epilepsy and adults with vomiting or nausea caused by chemotherapy can be prescribed the drug and only if their needs cannot be met by any other licensed medicines. Therefore, of the many patients who could benefit from medical cannabis, only a small proportion can be prescribed it.

Even some patients who meet the criteria for a medical cannabis prescription may still not be prescribed it, due to doctors’ reluctance to prescribe a drug they are not experienced with. In October 2019, the National Institute for Health and Care Excellence (NICE) will publish new guidelines that may provide doctors with the information they need to confidently prescribe medical cannabis. Alongside new guidelines, we also require better communication with UK doctors about existing information on the drug. Also, ongoing research must remain a focus to increase our knowledge of the drug’s efficacy, safety and the patient populations it may benefit.

The UK is the world’s main producer and exporter of cannabis-based medicines. According to the International Narcotics Control Board, the UK produced 95 tonnes of cannabis in 2016, which accounted for almost 50% of the world’s total production. Despite the country’s leading position, many patients in the UK with signed medical cannabis prescriptions are unable to access the drug.

The first person to be prescribed medical cannabis in the UK, Carly Barton, was turned away by an NHS pharmacist because the drug had not been imported. Many other patients have since had similar experiences. So, why is a world-leading cannabis producer unable to provide its own patients with the medical cannabis they need?

Morphine is also a schedule two drug under the Misuse of Drugs Regulations 2001. However, unlike cannabis, it has a well-established medical use, so processes are in place to import and regulate it. In contrast, importers of medical cannabis in the UK must apply to the Home Office for a license and the process can take up to 28 days, by which time a patient’s prescription may have expired. Bulk imports of medical cannabis may be necessary to meet demand.

To improve access to medical cannabis, the negative stigma associated with the drug must be dispelled. It is important that decision-makers realise the therapeutic potential that medical cannabis offers and are aware of the currently unmet need in the healthcare industry. There are two important ways to change minds — effective scientific communication and further research.

To improve access to medical cannabis, the negative stigma associated with the drug must be dispelled.

Charlotte regularly appeared in the media to share Billy’s story, from his prescription for medical cannabis on the NHS in 2017 to the Home Office ordering his doctor to stop the prescription in June 2018 and the confiscation of Billy’s medication at Heathrow Airport. Charlotte and Billy’s campaign rapidly gained support from the media and the public, which led Home Secretary Sajid Javid to intervene with arguably the biggest reform of UK drug laws in recent times — the legalisation of medical cannabis. This result demonstrates the positive impact that communication can have when it reaches key decision makers.

It is important that we continue to talk about stories like that of the Caldwell family, to increase awareness among decision makers of the scale of the issue and how it can be resolved. There are several societies, non-governmental organisations (NGOs) and patient advocacy groups already helping to facilitate these conversions.

For example, last year, the Royal College of Physicians declared that it is in favour of decriminalising cannabis use.

Also, the British Medical Journal announced that it “is firmly behind efforts to legalise, regulate and tax the sale of drugs for recreational and medical use. This is an issue on which doctors can and should make their voices heard.”

A key target of our communication strategies should be UK doctors, many of whom may not be prescribing medical cannabis to patients who need it, due to a lack of knowledge and experience. Medical students should be taught about the endocannabinoid system, the biological system that CBD acts on, and should also be kept informed on the latest clinical research into the use of medical cannabis to treat a range of conditions.

Existing data to support the use of CBD in healthcare is mainly in the form of reports, observational studies, and surveys. These methods rely on self-reporting from patients, do not use control groups and do not use standardised strains of the drug. Therefore, they cannot be used as part of the formal regulatory approval process that a drug must go through for it to become a licensed medication. Thorough data from randomised clinical trials on the efficacy and safety of medical cannabis is required for the healthcare industry to increase its confidence in the drug and license it for a greater number of patients.

Scientific research could also help to improve the medical cannabis supply issues that the UK currently faces. In Canada, a collaboration between cannabis production company RavenQuest Biomed and McGill University in Montreal is investigating how changing growing conditions of the cannabis plant can be used to manipulate the cannabinoid profile for cannabis-derived medicines.

“We are looking into three beneficial bacteria that have the potential to alter the cannabinoid profiles of the cannabis plant.

“Cannabinoids are synthesised by the plant to moderate stress and these bacteria are able to induce stress responses in plants, without the actual stress being present.

“By applying the beneficial bacteria, there are two things we hope to achieve,” Backer continued. “First of all, we believe we can increase the yield of the plant, which would help increase the supply of cannabis for medicinal use.

“Secondly, we believe that applying the beneficial bacteria will alter cannabinoid expression by the plants. We can use this to understand what controls the expression of the molecules responsible for the therapeutic effects of cannabis, such as CBD. In the future, we may be able to modify the cannabinoid profile of plants to allow for targeted treatment of a variety of medical conditions.”

Cannabis has the potential to transform lives and considerably improve healthcare services in the UK, but negative associations with the drug are hindering its progress. With effective communication and reliable data, we can change minds about cannabis and trigger further reforms so that people like Billy Caldwell and Carly Barton can live happier healthier lives.