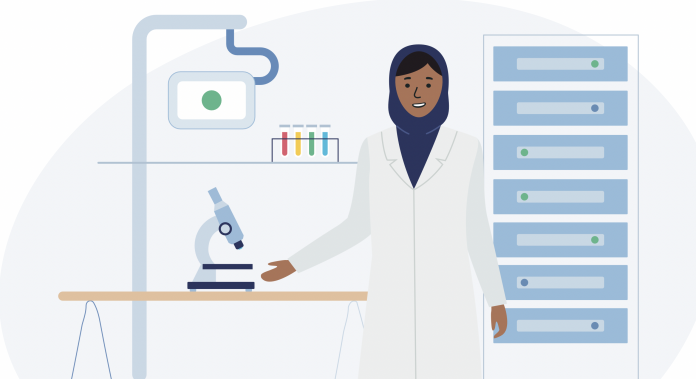 How will a better understanding of AI and machine learning help build trust in a new generation of diagnostic tools?

Technology matures. Nothing springs fully formed into the world; it takes time, effort and ingenuity to produce the marvels we benefit from today. And yet, as they become embedded in everyday life, we begin to take them for granted. Strange new technologies become part of the furniture, and perceived threats dissolve away.

When an entirely new technology enters the market, suspicion, anxiety or fear are often the first response. Electricity was a dangerous fad, telephones allowed us to communicate with the dead, and in the 1980s, ‘computerphobia’ was widespread. But in the last few decades, the internet has become ubiquitous, and no one bats an eyelid at using databases, spreadsheets or word processors.

There is a process that makes a new innovation an accepted part of life. From awareness to interest, trial, and adoption, ultimately, we, the user, must come to trust a new technology for it to achieve its potential impact. Nowhere is trust more vital than medicine, where the careful management of risk is a daily struggle for clinicians.

AI and its cousin, machine learning, are somewhere close to the beginning of the acceptance process for most people, but at PinPoint we suggest that in the near future, they will become an indispensable part of healthcare.

There is much misunderstanding around the term ‘artificial intelligence’. That is partly because the term covers many disciplines, of which ‘machine learning’ is just one. It’s tempting to think immediately of science-fiction’s more apocalyptic depictions, from HAL 9000 to the Terminator. Still, the current reality is a lot less Hollywood and a lot more mundane than most people imagine.

AI first emerged as a defined field in the 1950s, with the phrase “machine learning” being coined in 1959, but one can easily trace the idea of ‘algorithms that learn from data’ back a lot further. The foundations of statistical and census methods that lead to demography were laid down in the 17th century, and by the 18th century, people such as Thomas Bayes and Pierre-Simon Laplace had laid down the fundamental mathematics that underpins modern statistics. These developments continue to this day, and statistical methods have grown to the point where they are used routinely throughout society, positively impacting scientific research and technology.

Why is the maturation of AI important for the NHS?

In a word: data. Modern healthcare is in the middle of a transition from being relatively data-poor to being very data- rich. This has happened in other areas
to great positive effect – modern physics experiments, for example, produce and utilise vastly more data than in decades past.

To benefit from ‘big data’, we need a highly connected infrastructure, requiring investment in hardware, databases, networking, and electronic healthcare systems. However, to maximise the potential positive impact for the patient as an individual and the healthcare system that supports them, we also need the tools to process these data effectively.
This is why AI and machine learning are so important. It’s not enough to have a lot of data; we must do something with it. Sometimes this is as simple as marshalling it all into one convenient place (such as for electronic health records) or having good databases for tracking the performance of a healthcare system. The next vital step in maximising impact is employing tools to identify useful patterns across hundreds or thousands of variables (or more) and producing systems that learn from millions of previous clinical examples. For those tasks, we need machine learning.

Building trust on a foundation of real-world data

Take the PinPoint Test as an example. PinPoint employed machine learning during development to analyse complex medical data across hundreds of thousands of patients, identifying patterns in how biomarkers relate to cancer diagnosis outcomes. The algorithm was trained using medical data from 371,799 patients, comprising development and validation sets of 224,669 and 147,130 patients respectively. The result is a test that predicts to an extremely high level of accuracy a symptomatic patient’s probability of having cancer. The PinPoint Test is a tool for the triage and stratification of suspected cancer patients by their individual risk profile, designed to support the clinical decision-making process.

The process of extrapolating rules from a dataset puts PinPoint technology firmly under the umbrella of AI, but at its heart, the PinPoint Test is just a fixed piece of software. PinPoint algorithms are not capable of ‘continuous learning’. At every stage, there is human oversight and intervention to gradually develop and improve the test. And like any other piece of regulated medical software, that process is one which involves a huge amount of generating evidence, testing, risk analysis and regulation.

When a blood test is ordered by a GP today, how many people question how the analysers in a pathology lab work? Not many – they trust the result and the margin of error inherent in any testing process, then make a judgement based on the data available. We are working to build that trust in AI-driven diagnostic tools today.

Eventually, AI and machine learning will be just another standard component in the infrastructure that supports clinicians and other NHS staff in helping patients. Right now, we’re in a phase where the technology is still maturing, being championed by early adopters and trialled in pockets of the NHS. PinPoint is actively engaged in a
service evaluation run by the West Yorkshire and Harrogate Cancer Alliance, through which we are building an evidence base rooted in prospective, real-world data.

There is an enormous amount of hard work and hard-fought collaboration behind the development of new technologies in healthcare, but the payoff is a system that’s fundamentally better at looking after us all into the future.