Dan Sandhu, CEO of Sparx argues that government is being blinkered in its approach to AI in education. When it comes to AI’s impact in classrooms, educators are suffering from a lack of evidence and an over-reliance of self-appointed AI ‘experts’

In a recent piece for this title, the founder of AI Business explored how AI in education is a transformative force for good. This follows a raft of similar exploratory articles that often extol the virtues of AI but that fail to consider one vital question – what’s the evidence?

It may sound hyperbolic but as I read some of these hype-pieces, I am reminded of a line from a Hollywood warning of technology gone astray. As Jeff Goldblum in Jurassic Park says;

“Your scientists were so preoccupied with whether or not they could, they didn’t stop to think if they should.”

I’m not talking about whether a T-Rex should be let loose in playgrounds. Rather, is AI a white elephant being deployed with little thought of the long-term impact on students? Just because we have AI, do we actually need it? If self-appointed experts say AI is the key to better learning, where is the evidence?

Before I am accused of being a prehistoric luddite let me say now that I am deeply involved in the development of educational technologies. I too am excited about the potential for AI, along with other potentially revolutionary innovations that we may harness in the classroom. As CEO of Sparx, a learning technology company that deploys technologies such as machine learning and algorithmic personalisation in our maths learning solution, I certainly have an interest in AI beyond mere debate.

I’m not afraid of new technologies and the promise of AI – far from it. I am, however concerned that potentially untested learning technologies are being deployed without a foundation of sound research and empirical evidence. Let’s not lose sight of the fact that innovation must be focused on learner impact. We need to get AI right before setting it loose and that takes time, investment and methodical research to do that.

One stat I still find startling is that 40% of startups who place themselves in the AI space don’t actually use AI. We have numerous founders claiming they are AI experts, pushing solutions that slap the ‘AI’ badge on the box, but that don’t use the technologies they are preaching as panaceas! Whether technologists, government or educators, we aren’t questioning claims about AI deeply enough.

The lack of scientific literature on the impact of AI in education is startling, yet our government seems keen to try and catch up with the likes of China, which is reportedly pouring $billions into AI technologies for education.

If we look at China’s deployment of AI in education it is interesting that its most successful supplier, Squirrel provides very little in the way of evidence. It seems Squirrel’s “self-funded four-day study with 78 middle school students” is enough to hold it up as a trailblazer in the classroom.

I am concerned that our government doesn’t appear to be asking enough probing questions when it comes to the evidential basis for AI. As Nick Gibb, schools minister said recently, “AI is a complex, emerging area…However, the impact of these technologies in the classroom still remains largely unevidenced.”

From PM Boris Johnson’s £250 million pledge for an artificial intelligence lab for the NHS to the Department for Education’s ‘AI horizon scanning group’, artificial intelligence is hitting headlines and generating buzz, but at what cost for learners? You wouldn’t give a child a drug that hasn’t been through a rigorous trial so why do we think it’s ok to in education?

That, of course, begs the question of how we go about evidencing impact in the classroom. For the last eight years, Sparx has been embedded in a network of schools, collaborating with teachers daily to develop, test, refine and learn from what works, and what doesn’t. For example, we’ve developed and now run randomised controlled trials nearly every half term to determine our impact. We focus on an evidence-based design culture to ensure impact-centric EdTech. That means that it is not a tick box exercise for marketing, but a continuous process (from day one and forever).

The Institute for Effective Education supports teachers and schools with making more evidence-based decisions. Rather than heading headlines and hyperbole, I’d like to see the government take a similarly reasoned, long-term approach to AI. Why? Because that is what makes a real difference and improves education. And that is what EdTech is all about.

The importance of active and outdoor learning

How to implement an effective crisis management system in schools

Are online schools the future of Education? 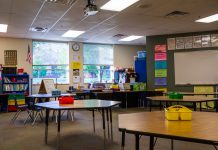 7% of US schools in poorer, ethnic minority populations will open 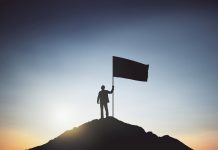 How can we encourage change in leadership roles? 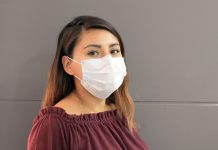 The impact of face coverings on Deaf students