Home Open Access News Health & Social Care News How AI is levelling the playing field when it comes to gender...

Charles Taylor, Founder and Chief Technology Officer at HeartFlow, explores how artificial intelligence (AI) is helping to fix the gender disparities in healthcare

Global efforts to tackle gender inequality have grown in recent years. But there is still so much to be done. Figures from the United Nations show that outcomes for women and girls continue to lag across a range of issues, including poverty, education, work and health. And according to the World Economic Forum, at the current rate, it will take 108 years to close the gender gap.

Although healthcare is founded in objectivity and science, gender bias is still remarkably common. We wanted to understand more about female perceptions of healthcare, so we undertook consumer research that delved into the experiences of women compared to men. The results pointed to a clear disparity, finding that women are less likely to visit the doctor when they have symptoms of ill health and, in some cases, are taken less seriously when they do seek medical advice.

Women being left behind

According to our research, a significant proportion of British women feel disappointed in the healthcare they receive, with one in five reporting they weren’t taken seriously when presenting symptoms to a healthcare provider. What’s more, a staggering one in four said they are reluctant to seek medical advice at all for fear of wasting a GP’s time. These statistics suggest that, not only are female experiences of healthcare damaging their relationship with clinicians, but they could be eroding confidence in recognising and acting on warning signs and symptoms too.

This sentiment is particularly evident when focusing on cardiac care. One in eight women (13%) feel ignored when presenting symptoms of heart disease to healthcare professionals, compared to just 4% of men. And of UK adults who have received a coronary heart disease (CHD) diagnosis, women experiencing symptoms were 55% more likely than men to visit the doctor multiple times before receiving a referral for further investigation. On top of this, women are five times more likely to receive a false finding from the cardiac stress tests that are traditionally used to assess heart health.

Responding to the results, Dr Rebecca Schofield, consultant cardiologist at North West Anglia NHS Foundation Trust explains that “there does appear to be a gender bias in onward referral to secondary care and for diagnostics in the local area, which is influenced by the attending healthcare professionals’ risk assessment. Traditional teaching has led to gender bias, as we are programmed to attribute a lower level of pre-test probability and risk to females.

“This may have contributed to a general lack of awareness around cardiovascular health in women. For example, in a survey I carried out among more than 600 female employees working within North West Anglia NHS Foundation Trust, 82% said they didn’t feel informed about their cardiovascular health. Considering participants included some of the most medically informed women in the UK, the results speak volumes about how we view cardiac health among women.”

These widespread misconceptions around heart disease and heart attacks are often exacerbated by what we see in the media – think of the countless TV stereotypes of male characters clutching their chests and falling to the floor.

But given that CHD is responsible for one in 13 female deaths, it appears that public health efforts have failed to make people aware of the risks for women. It is, perhaps, not surprising then that 42% of women with CHD did not immediately recognise their symptoms as signs of heart disease. In short, women are missing out on time-critical diagnoses and treatment due to a lack of awareness and education among both healthcare providers and the public.

Thankfully, progress is being made to improve healthcare outcomes for women. Innovative technologies are increasingly providing diagnostic solutions that can reduce incidences of human bias and give clinicians greater clarity on the presence or severity of different conditions in their female patients.

For example, AI is already being used to detect diseases such as cancer more accurately. Its adoption is facilitating reviews and translations of mammograms 30 times faster, with 99% accuracy, reducing the need for unnecessary biopsies.

There’s extraordinary potential for AI and healthcare, and it’s something the NHS continues to recognise, most recently with the launch of its Artificial Intelligence Laboratory (AI Lab) and NHS England’s (NHSE) MedTech Funding Mandate. The latter aims to accelerate the uptake of selected innovative medical devices, diagnostics, and digital products to patients.

As part of the NHS efforts, NHSE has mandated the HeartFlow Analysis for use in hospitals across England for patients, male or female, who might otherwise be sent for a cardiac stress test. The HeartFlow Analysis is a gender-neutral technology that takes data from a coronary CT scan of the heart and leverages deep learning (a form of AI) and highly trained analysts to create a personalised, digital 3D model of each patient’s coronary arteries. This then helps clinicians to quickly diagnose CHD and decide the appropriate treatment for patients of any gender. Time spent in hospital is minimised for patients and often layered testing and unnecessary invasive diagnostic procedures can be avoided.

While AI is helping us tackle gender bias in certain areas such as oncologic and cardiac testing, healthcare professionals are not absolved of responsibility when it comes to confronting this problem.  It remains incumbent upon clinicians to recognise unconscious bias that would deter them from referring women or minority patients for much-needed testing.

Outside of the hospital, public health education efforts must expand so that far more of us can recognise shortness of breath, nausea, vomiting, back or jaw pain, and other symptoms beyond chest pain to be indicators of a heart attack in a woman.  Knowing what to look for and overcoming personal bias that might lead to these signs being disregarded, may allow us to help one of the more than 100 women who will experience a heart attack in the UK today. 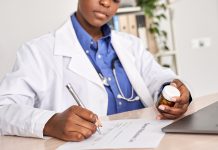 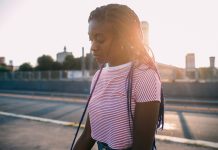 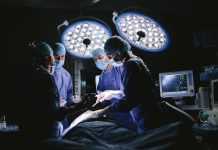