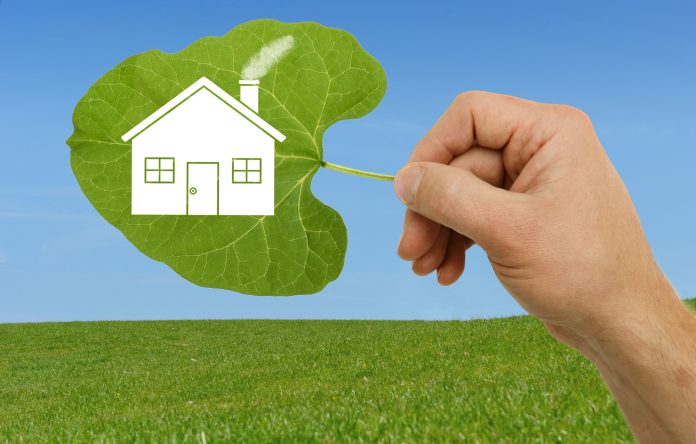 Andy Jansons, Director of Jansons Property discusses, explores the logic behind releasing Green Belt land for employment sites in tandem with releasing land for the construction of housing in the same area

Allocating green belt to employment land is a very emotive and headline-grabbing statement. However, when we look analytically at the facts and figures, if we do not consider green belt land for industrial, manufacturing, distribution, and engineering organisations, where are these businesses going to expand to? Where do small businesses find premises to trade from? And finally, where are all the new households going to secure gainful employment?

In July last year the government finally published revisions to the national planning policy framework (NPPF), this relates to measures for boosting housing supply. All local authorities in the UK now have 5-year housing targets agreed by the government and these are monitored by the housing delivery test. Local authorities are penalised if their numbers are not met and are under the threat of the government taking over the local plan process and delivering housing numbers in their areas.

The inevitable consequence is that local authorities are focused on delivering housing because they are fully aware that they are being monitored and penalised if these targets are not met. There is no process in place for the corresponding employment requirements, generated by all the new households created. Moreover, is that the government has made very few, almost negligible changes in terms of directing a planning policy for the economy and business of each local authority area. In fact, the reality is that current guidance in London and the whole of the UK is focused on delivering housing on brownfield land as a priority before considering the green belt. There is therefore a double whammy. We are creating more housing in each local authority and the existing brownfield employment land is being decimated, whilst there is little future land allocated for employment purposes.

There is a logical solution to the age-old problem; whilst the government is setting standards for housing numbers it should also set commensurate standards for the provision of employment space. Local authorities will be judged by not only the housing targets but also the corresponding employment land release.

In addition to the above, most local authorities that we have dealt with, do not seem to understand the wider definition of employment space. Most, certainly in the South, tend to allocate land for office development in town and out of town. What about manufacturers, distributers, engineers, the film industry, data centres, and the smaller businesses? This is the brownfield land that has been lost to residential development.

The approach for local authorities to consider in order to provide the land that is requires is as follows:

I referred earlier to the housing delivery test. The latest assessment is the three years 2016-2019. Over that period the following local authorities have delivered the following units;

If you cross reference these figures with the below chart, setting out full time equivalent jobs in terms of floor space of employment buildings, one can rapidly derive total floor space requirements in each council’s area. A further quick calculation based on the density of buildings on land will also generate a total land requirement in each locality. By undertaking some very simple calculations, it is plain to see there is a drastic under provision of employment space in the below local authority areas. This is not just symptomatic of the Thames Valley but also London and the general south east. 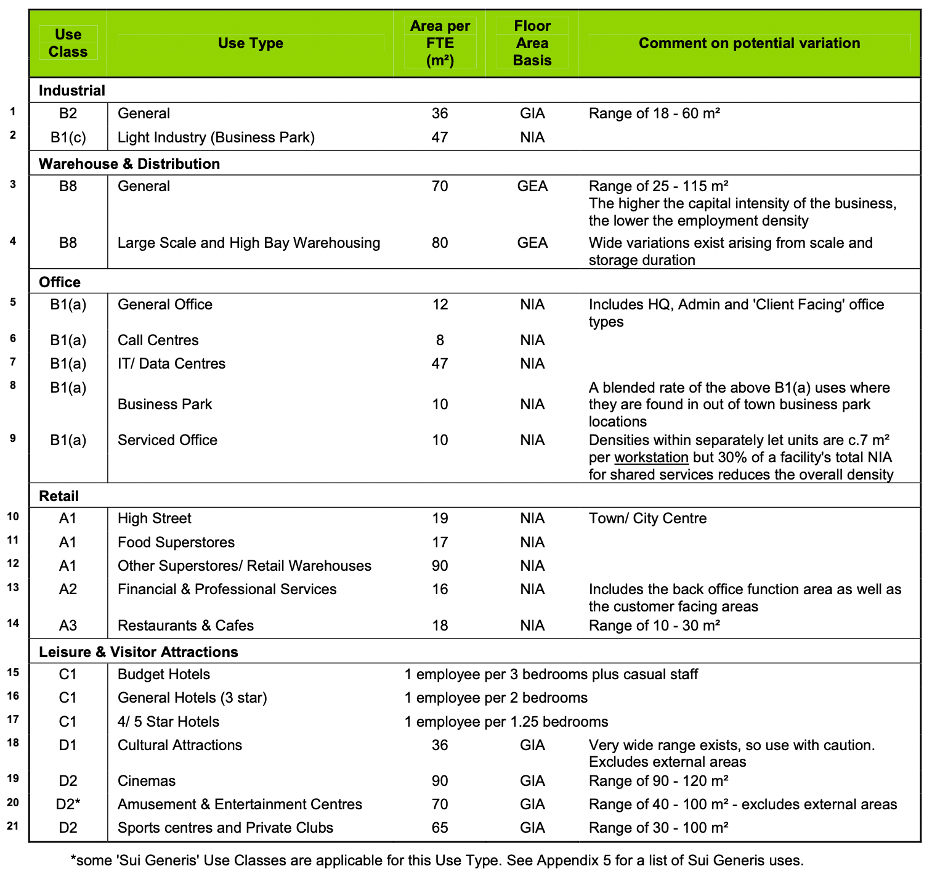 This trend is compounded by the structural changes we are seeing in the high street retail sector. The demise of the high street is well documented, with a movement to online shopping and a consequent demand for warehousing to support the trend. This lends us to the question, in a climate of negligible employment land release and development, where are the unemployed retail population to find gainful employment?

New construction in Green Belt land remains a long-standing and fairly contentious issue for local authorities across the UK. There is no doubt that Green Belt areas are precious, however as I have explained and evidenced, releasing swathes of land for residential construction has only created a problem in itself. The housing crisis is now being met with a lack of local employment. Local authorities are now facing a growing dichotomy between residential land and employment land when really the two should be released together in tandem, as with one comes the demand for the other.