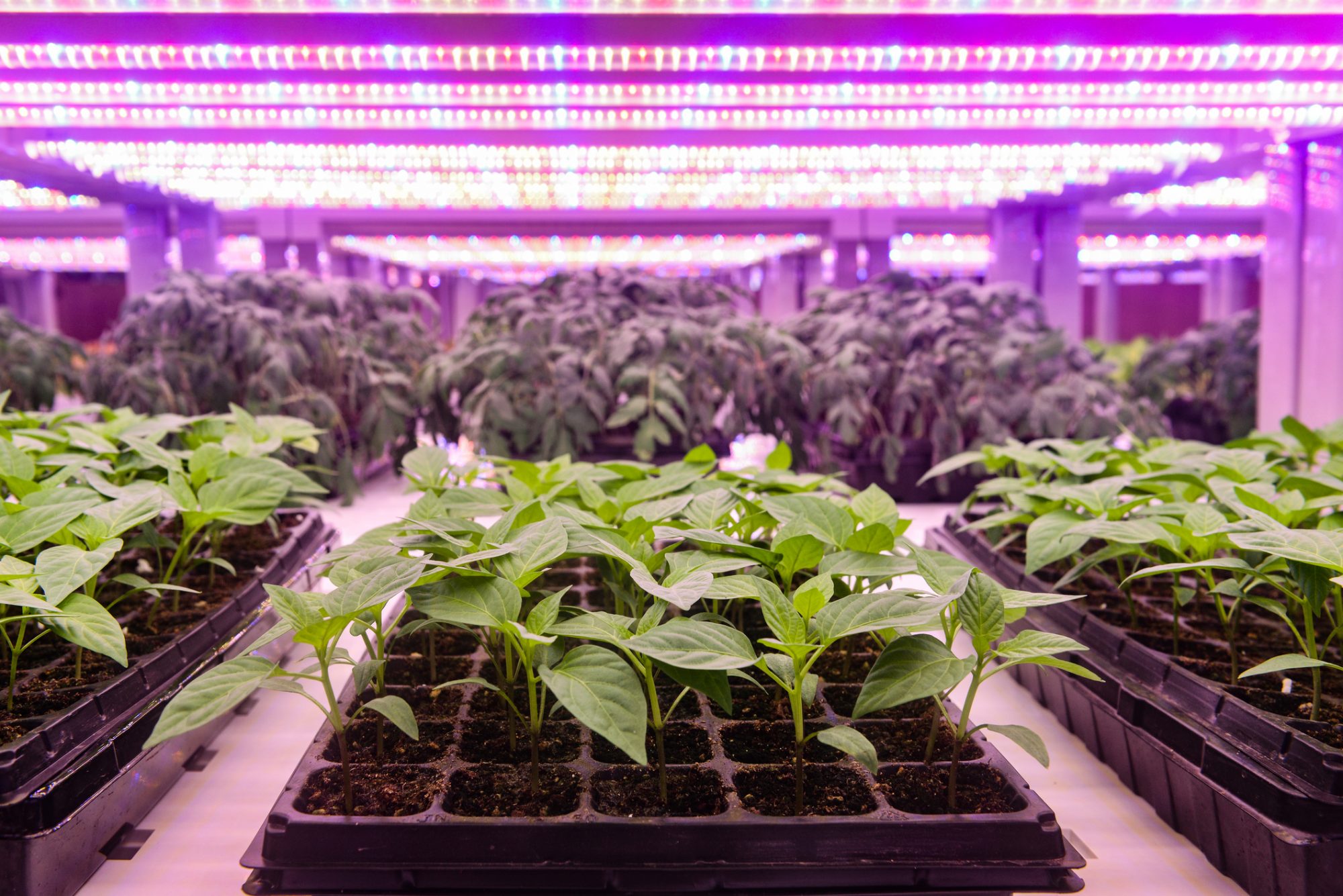 Food could become independent of sunlight through artificial photosynthesis technology, increasing the conversion efficiency of sunlight into food by up to 18 times

Scientists are creating food which will become independent of sunlight by using artificial photosynthesis technology, with only about 1% of the energy found in sunlight ending up in the plant.

Photosynthesis has evolved in plants for millions of years to turn water, carbon dioxide, and the energy from sunlight into plant biomass and the foods we eat.

Combined with solar panels to generate the electricity to power the electrocatalysis, this hybrid organic-inorganic system could increase the conversion efficiency of sunlight into food, up to 18 times more efficient for some foods.

The technology uses a two-step electrocatalytic process to convert carbon dioxide, electricity, and water into acetate, the form of the main component of vinegar. Food-producing organisms then consume acetate in the dark to grow.

“By increasing the efficiency of food production, less land is needed, lessening the impact agriculture has on the environment”

Electrolysers are devices that use electricity to convert raw materials like carbon dioxide into useful molecules and products. Integrating all the components of the system, the output of the electrolyser was used to support the growth of food-producing organisms.

The amount of acetate produced was increased while the amount of salt used was decreased, resulting in the highest levels of acetate ever produced in an electrolyser to date.

Experiments showed that a wide range of food-producing organisms can be grown in the dark directly on the acetate-rich electrolyser output, including green algae, yeast, and fungal mycelium that produce mushrooms.

A more efficient method of turning solar energy into food

Corresponding author Feng Jiao at the University of Delaware said: “Using a state-of-the-art two-step tandem CO2 electrolysis setup developed in our laboratory, we were able to achieve a high selectivity towards acetate that cannot be accessed through conventional CO2 electrolysis routes.”

Elizabeth Hann, a doctoral candidate in the Jinkerson Lab and co-lead author of the study, added: “We were able to grow food-producing organisms without any contributions from biological photosynthesis.

“Typically, these organisms are cultivated on sugars derived from plants or inputs derived from petroleum – which is a product of biological photosynthesis that took place millions of years ago.

“This technology is a more efficient method of turning solar energy into food, as compared to food production that relies on biological photosynthesis.”

The potential for employing this technology to grow crop plants

Cowpea, tomato, tobacco, rice, canola, and green pea were all able to use carbon from acetate when cultivated in the dark – creating the potential for more foods to be generated artificially, saving more land and time.

By liberating agriculture from complete dependence on the sun, artificial photosynthesis opens the door to countless possibilities for growing food under the increasingly difficult conditions imposed by anthropogenic climate change.

Drought, floods, and reduced land availability would be less of a threat to global food security if crops for humans and animals grew in less resource-intensive, controlled environments. Crops could also be grown in cities and other areas currently unsuitable for agriculture, and even provide food for future space explorers.

Jinkerson said: “Using artificial photosynthesis approaches to produce food could be a paradigm shift for how we feed people. By increasing the efficiency of food production, less land is needed, lessening the impact agriculture has on the environment.

“And for agriculture in non-traditional environments, like outer space, the increased energy efficiency could help feed more crew members with less inputs.”