Home Open Access News Transport News Regulators in the dark: Why are authorities struggling to take control of...

Darren Tenney, CEO of Perfect Data (the start-up behind xooox), explores here why authorities are struggling to take control of ride-hailing

Ride-hailing technology is having a massive impact of the transport sector. With app after app appearing each year, it’s no surprise that the transportation industry has had to adapt and change to include this new phenomenon. Since Uber’s launch in London in 2012, the number of licenced drivers in the city has increased by 30,000 and according to Statista, the number of ride-hailing users across the UK is predicted to rise to 18.7 million by 2023.

In addition, with the current emphasis on intelligent transport and smart cities, from high-speed trains to flying cars to the rollout of 5G, ride-hailing technology is now more relevant than ever in the drive to create the transport infrastructure of the future.

But where do the regulators fit into the ride-hailing sphere and its role in modern-day transportation? The reality is that regulators are struggling to do their jobs and are unable to keep pace with the technology that ride-hailing companies have developed. This poses serious problems, not only for passenger safety and licencing laws but also for the future of transportation.

Regulators are being left out of the equation

Taxi and private hire licensing requirements exist to protect the public and ensure fair competition amongst drivers, but regulators often struggle to enforce these regulations, as they don’t have access to insights that allow them to see what’s going on in their area. This type of intelligence lies with the tech developers, where tracking drivers and their journeys are part and parcel of their applications.

Whilst certainly ride-hailing apps may give passengers more ride options and drivers more work opportunities, especially crucial in today’s gig-economy boom, they are also using their technology to find ways to exploit regulatory ambiguities and enter new markets to conduct their business without regulatory permission.

While regulators may know the app is operating in their area, for the most part, they cannot spot or stop the drivers because they don’t have the same sophisticated technology at their fingertips as the apps. As ride-hailing operators gain more and more momentum, they are overtaking local authorities who don’t have the resources to keep up.

The regulatory framework itself is outmoded

Many incumbent regulations weren’t written with ride-hailing technology in mind, posing many an issue for authorities. With the multitude of ride-hailing apps available today and the ease of signing up new drivers, not necessarily with proper licensing checks, it is difficult for regulators to keep up. Furthermore, the transboundary nature of the ride-hailing business creates further issues for regulators, including the fact that many ride-hailing app drivers can take advantage of loopholes created by antiquated regulations aimed at regular taxi or private hire cabs, which weren’t designed for ride-hailing or the gig-economy.

Unsurprisingly, ride-hailing companies have had their fair share of disagreements with regulators, from Uber’s legal battle with Transport for London to New York City’s new rules for ride-hailing which have not been warmly received. Protests by taxi drivers and many ride-hailing apps’ blatant disregard of local regulations are putting authorities under even more pressure to tighten the reins.

What’s more, local authorities face the dilemma of whether or not to restrict the potential of these apps.

Especially as Mobility-as-a-Service (MaaS) and smart cities become an increasing priority, regulators could be doing themselves a disservice by curtailing the reach of this technology. But they also can’t afford for their authority to be trampled on.

Regulators should no longer be locked out of the conversation

Effective taxi and private hire regulations are now more important than ever and there is no doubt that there is a pressing need for ride-hailing apps that work in tandem with regulators and local authorities, rather than against them. If regulators can oversee what is going on in their areas, they will more easily be able to implement and enforce, effective regulations and ensure passengers and drivers are benefitting from the flexibility of ride-hailing.

Giving regulatory authorities visibility into the ride-hailing app journeys taking place in their districts will also go a long way to improving all aspects of ride-hailing, from passenger safety to identifying unlicensed drivers to generating data that will inform smart city and environmental initiatives. This kind of technology would also allow for local authorities to work with companies in areas where ride-hailing apps do not yet have a presence, providing more mobility services in transport-poor areas.

Whilst the introduction of ride-hailing apps has monumentally changed the transportation game, not all of its effects have been positive. Regulators around the world have complained that ride-hailing companies have been flouting the rules, to the detriment of both passengers and drivers. It’s high time that regulators were let back into the discussion and given the tools enabling them to work with and not against, this most modern form of transportation. 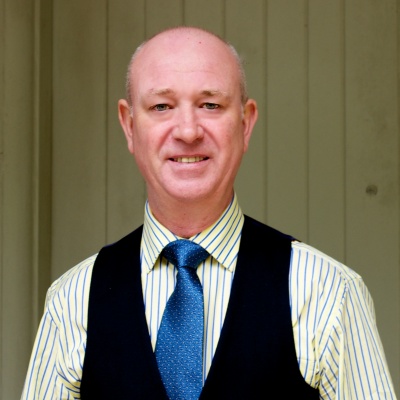