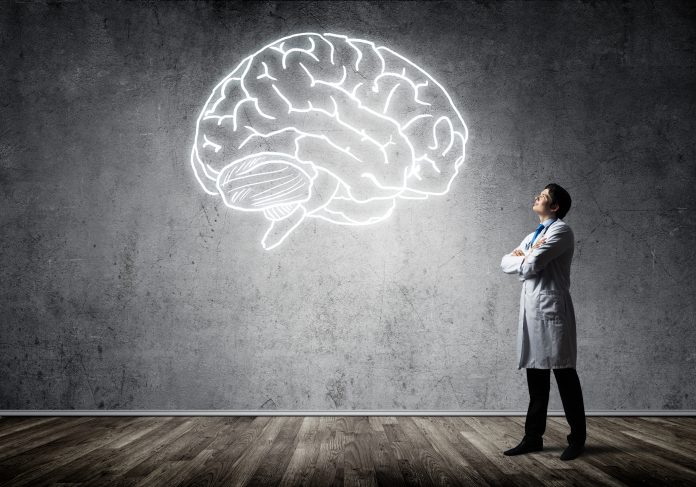 Open Access Government spoke to Dr Robyn S. Klein, MD, PhD, about her ground-breaking work in neuroimmunology and the path to understanding the links between viral encephalitis and memory disorders

As the Director at the Center for Neuroimmunology & Neuroinfectious Diseases and a Professor of Medicine at the Washington University School of Medicine, Dr Robyn Klein has spent many years as a pioneer in neuroimmunology, beginning her neuroscience training in the late 1980s when she developed an interest in brain immune response and the mechanisms of disease.

Working as a medical student in New York City during the HIV epidemic, Klein had been taught that the brain did not have an immune response, that it was immune privileged, and that lymphocytes were unwelcome in the brain. However, while on the wards taking care of patients, Klein, in fact, observed that about 70% of those who came in with severe opportunistic infections (or an “AIDS-defining diagnosis”) had opportunistic infections of the central nervous system, indicating the neuroprotective role of T cells. She decided to devote her scientific career to immune responses during neuroinfectious diseases, obtaining training in Medicine/Infectious Diseases, followed by post-doctoral training in Immun-ology, particularly host-pathogen interactions, but mostly learning about the immune functions of organs, and discovering how the brain has a whole different set of rules.

At the beginning of your career, there was very little research being done in this area. Why was this?

“For a very long time, people who studied neurodegenerative diseases were not excited about neuroimmunology or pathogen-triggers of diseases like Alzheimer’s disease (AD). This was frustrating for me, especially given investigators in our Hope Center for Neurological Diseases had uncovered AD genetics pointing to immune genes and geographical differences in AD incidence. When I raised questions about potential pathogen exposures, I would get a lot of blank stares.”

Today, how has this changed? Is there a lot more innovative research taking place on the link between viral infections and memory?

Recently, I’ve been invited to sit on panels discussing new theories on the cause of AD, and I am hosting a symposium through my Center this Autumn on infectious causes of memory disorders. So, I think things are finally changing. It is very exciting to me and validates the recent work we’ve been doing in my lab.”

Has there been an increased interest or demand for research in these areas since the beginning of the COVID-19 crisis?

“Yes. Given COVID-19 also causes neurologic disease, including memory disorders, there are new funding opportunities in multiple National Institutes of Health and from research foundations.”

What is viral encephalitis and what are its causes?

“It is extremely interesting to know how viruses cause brain disease. Some viruses are called neurotropic; which means they actually enter the central nervous system, which includes the brain and the spinal cord and infect neural cells. In the acute setting, the recruitment of immune cells is essential for clearing the virus, however, this can cause brain swelling and death by itself. However, there are other viruses that are neurovirulent, such as SARS-CoV-2. These viruses do not actually invade and infect the central nervous system but still cause neurologic disease. The mechanisms are not understood and will need to be explored to develop treatments.”

How can viral infections trigger neurodegenerative processes that continue and worsen for years, even after the virus is cleared?

“That is a great question, and it appears to be due to events that occur during the acute infection period that trigger processes that induce and perpetuate neurodegeneration over time.

“As an example, when I started my lab, I began working with West Nile virus, an RNA virus that emerged in the U.S. in 1999 and continues to spread globally. West Nile virus is neurotropic, thus it can infect cells within the central nervous system, but targets only neurons. There’s a 90% survival rate from West Nile virus encephalitis or any of the neuroinvasive diseases it causes. As a neuroinfectious disease specialist, I see patients who have had a history of West Nile virus infection and developed memory disorders that were not improving over time. Studies looking at large numbers of patients who have survived these viral infections began to report that patients develop spatial and other memory disorders, disorders in certain realms of memory that not only don’t resolve, but actually worsen over time.

“Some patients have been followed for five to 10 years, and it appears that West Nile virus triggers the development of dementia. I became really interested in this clinical problem, so we modelled this in mice that are also susceptible to brain infection with West Nile. We found that the mice also couldn’t do spatial learning tasks, which then allowed us to do transcriptional profiling and look at specific regions of the brain that we know are essential for spatial learning. What we have discovered over many years in a series of papers and we’re still working on today, is really fascinating, as it appears that the T cells and the macrophages that enter the brain during the acute phase do trigger a process that takes on a life of its own that leads to effects on neural cells that lead to neurodegeneration with lack of repair.

“This is very paradigm-shifting because it suggests that, first of all, there maybe generalizable mechanisms (because these same mechanisms were later found to occur in Alzheimer’s disease and even in schizophrenia), and the affected cell types are found in many neurologic diseases, including those that aren’t normally considered neuroinflammatory. Now this work is expanding exponentially, with young scientists researching and writing exciting papers.”

What do you hope for this research in the near future?

“I mentioned earlier that these processes are the result of molecules that participate in host-pathogen interaction. Therefore, viruses are likely to trigger memory disorders only in those with genetic propensity. A virus infects you versus me, I may develop a memory disorder and you may not. Secondly, does it even matter what the viruses are? In certain people, is a systemic, severe viral infection enough to trigger a neurodegenerative process in the brain that slowly progresses?

“I hope that these questions will be answered eventually. There are also roles for the gut microbiome, and responses of the blood-brain barrier and other systems within the brain – there are so many moving parts. I hope that we can eventually promote the use of anti-cytokine therapies to treat, and be able to use biomarkers to predict who’s at risk, which is something else that I’m really interested in.”