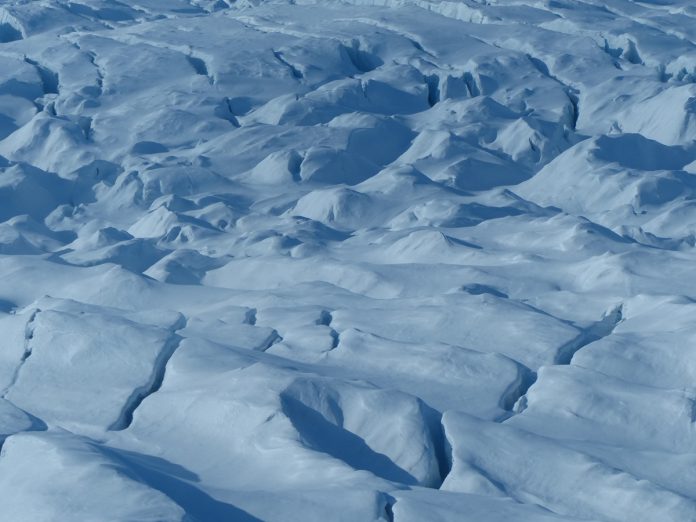 Professor Martin Sharp, University of Alberta, explores the processes, rates and impacts of the changing Arctic ice caps due to global warming

In the Arctic, semi-permanent ice exists at the Earth’s surface in various forms – the seasonal snow cover, as ground ice within permafrost regions, as freshwater ice on lakes and rivers, and as glaciers, ice caps and the continental ice sheet on Greenland. All these forms of ice are susceptible to melting in a warming climate and many of them are already decreasing in extent because the northern high latitudes are among the most rapidly warming regions on Earth.

At present, excluding the Greenland ice sheet, there are estimated to be 64,296 ice caps and glaciers in the Arctic, with a total area of nearly 422,000 km2. The most heavily glaciated regions are the Canadian Arctic Islands (~146,000 km2), Alaska (86,725 km2), Greenland (excluding the Greenland ice sheet, 89,717 km2), and the Russian Arctic Islands of Novaya Zemlya, Severnaya Zemlya and Franz Josef Land (51,592 km2). Glaciers cover a further ~ 48,000 km2 in the Norwegian Arctic (Svalbard and Jan Mayen Island), Iceland, and Northern Scandinavia (Box, Sharp et al., 2017). For the whole Arctic, excluding Greenland, the total volume of glacier ice is estimated to be nearly 115,000 km3. This volume of ice would be enough to raise the global mean sea level by about 29 cm if all the glaciers melted completely.

Over the period 2003-2009, Arctic ice caps and glaciers were losing mass at a rate of about -176 gigatons (Gt) every year, with the highest rates of total mass loss being estimated for the Canadian Arctic Islands (-60 Gt/yr), Alaska (-50 Gt/yr), and Greenland (excluding the ice sheet, -38 Gt/yr). A further -28 Gt/yr came from glaciers in the Russian Arctic Islands, Svalbard, Jan Mayen Island, Iceland and northern Scandinavia. For reference, one Gt is a billion metric tonnes. 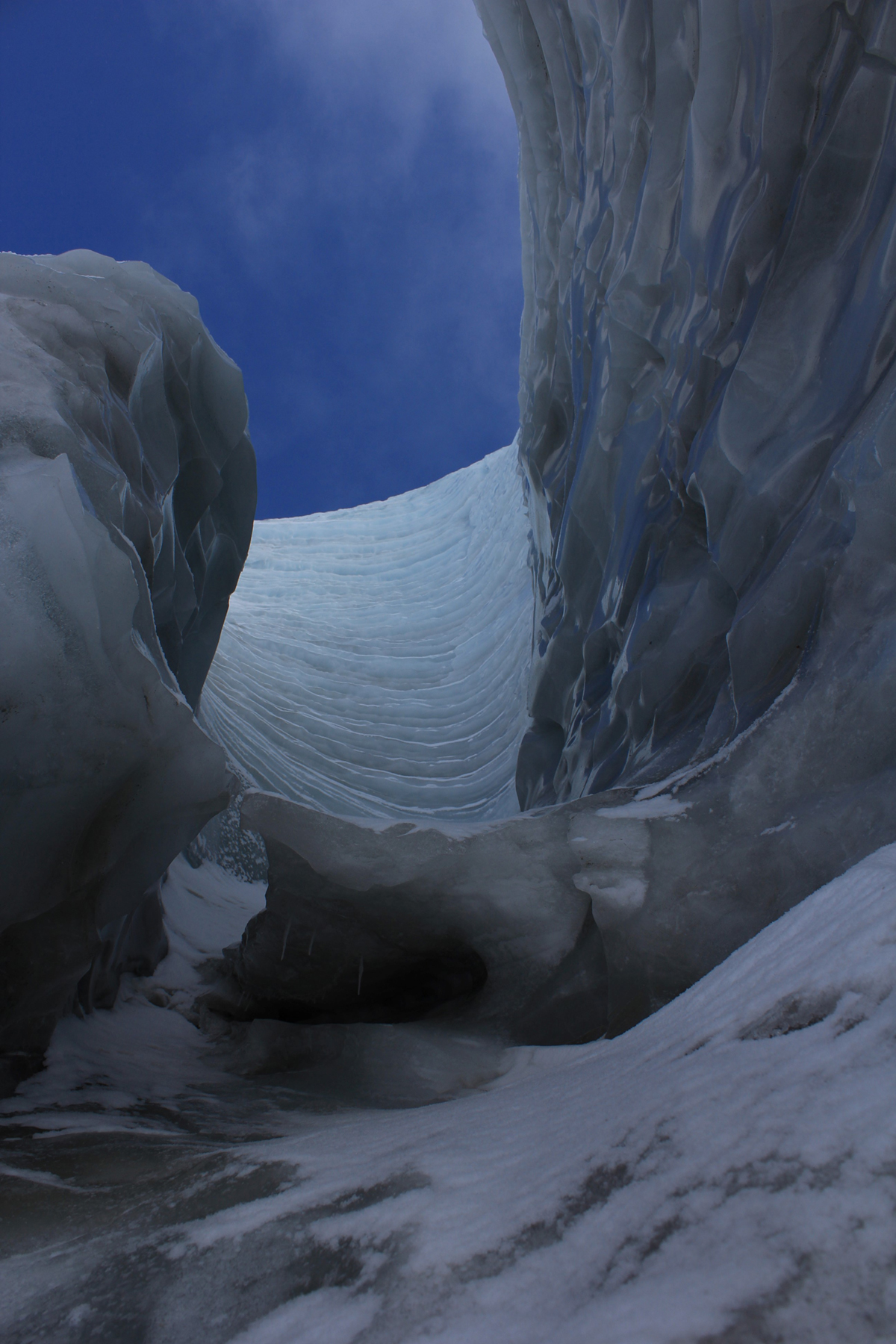 For the longer period 2003-2015, best estimates based on satellite gravity measurements from the GRACE satellites suggest regional mean rates of -66.8 Gt/yr for Arctic Canada, -42.5 Gt/yr for Alaska, -16.0 Gt/yr for the Russian Arctic, -8.9 Gt/yr for Iceland, and -7.6 Gt/yr for Svalbard (Box, Sharp et al., 2017, following Wouters et al., 2008). Together, these longer-term rates equate to a rate of sea level rise of ~ 3.92 mm/yr. To put these present-day rates of mass loss into some perspective, data derived from analysis of ice cores from the Canadian Arctic ice caps suggest that current rates of melting are the highest in the past 4,000 years, and that they were last exceeded about 9,000 years ago during the Holocene climatic optimum (Fisher et al., 2012).

An increase in global mean sea level is probably the most widely recognised consequence of melting of glaciers, ice caps and ice sheets, although thermal expansion of ocean waters due to ocean warming also contributes to this. Such sea level rise is a matter of concern because of the high concentrations of human populations, property, and infrastructure at low elevations close to the ocean, where they are potentially vulnerable to coastal inundation driven by rising sea levels.

Large and rapid changes in the rates at which glaciers, ice caps and ice sheets melt can have substantial impacts on the aquatic ecosystems of downstream lakes, rivers, floodplains, and wetlands. These include changes in both mean and extreme water levels, the magnitude and timing of flood events, stream water temperatures, chemistry and sediment loading, and have the potential to impact the full range of organisms that inhabit these environments. Glacial meltwaters can transport large amounts of dissolved and particle-bound nutrients that play an important role in supporting productivity in downstream freshwater and marine environments. For instance, the termini of “tidewater” glaciers that terminate in the ocean are often important feeding grounds for seabirds and marine mammals.

However, higher rates of melt, runoff and sediment transport from glaciers will typically result in more turbid water columns in downstream rivers, lakes, and nearshore marine environments and this can reduce light penetration into the water column and limit photosynthetic activity, primary production, and water temperatures. There are therefore many reasons to be concerned about the consequences of accelerating rates of glacier and ice cap melt in the Arctic as these can be felt well beyond the present-day limits of the ice masses themselves.

Other potential impacts include the release of legacy pollutants that have been deposited on glaciers, ice caps and the Greenland Ice Sheet over time and stored within the upper layers of the snow and firn (snow that is on its way to becoming glacier ice) in high elevation regions where snow typically accumulates year-on-year and is gradually transformed into glacier ice. As atmospheric warming progresses, however, surface melting spreads to higher and higher elevations and eventually mobilises the accumulated reservoir of pollutants and transfers it to downstream aquatic systems, where it may be assimilated into the food chain. As has been demonstrated in the Canadian Rockies, European Alps and Antarctica, this can result in the reappearance in living organisms of pollutants that have been banned and not actively used for decades.

I am a glaciologist with specific interests in the glaciers of the Canadian high Arctic. My work focuses on the rates, processes and impacts of glacier change, glacier hydrology and hydrochemistry, microbial life in glacial environments, and the dynamics of polar glaciers. I am equally interested in communicating about these phenomena, and how they are affected by global climate change, to the broader public, and have been involved in writing several major scientific assessments of Arctic climate change and its impacts. I am also the Director of the Canadian Ice Core Archive at the University of Alberta. This is an ice core research facility that also houses the Canadian national ice core collection.

Professor of Earth and