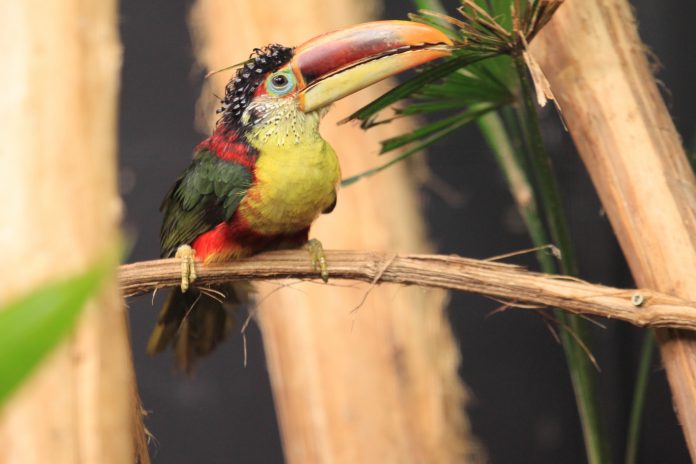 The movements of river systems in the Amazon have contributed to vast biological diversity, where lowland rainforests of the Amazon River basin have more diversity than any other terrestrial ecosystem on the planet – as seen with its bird species.

Containing about 18% of all trees on Earth and carrying more fresh water than the next seven largest river basins combined, the Amazon’s biological history is a point of intense discussion for scientists. How does it harbour so much biodiversity?

Focusing on genomic divergence in birds – the genetic changes in species and how their populations change due to evolution – researchers tracked the changing of river systems through bird species, finding that speed of river system changes can affect the process of evolution in birds.

The research team, led by the American Museum of Natural History, reveals that formerly unknown bird species in the Amazon are only found in small areas next to these dynamic river systems – putting them at high risk of imminent extinction.

How did the Amazon’s rich biodiversity accumulate?

Published in the journal Science Advances, river systems across the Amazon have influenced the accumulation of bird species – so, the researchers sequenced the genomes of six species of Amazonian birds to track these dynamics.

Due to the rivers moving around the landscape at different time rates, their movements can have varying outcomes for bird species. For instance, if river systems change quickly, populations of birds on each side can merge before they’ve had time to differentiate.

Conversely, when river system changes happen slowly, species have a longer time to diverge from one another; and when rivers change at intermediate rates, bird populations diverge and then join back together and co-occur when a river moves.

The study’s lead author Dr Lukas Musher, said: “Early evolutionary biologists like Alfred Russel Wallace noticed that many species of primates and birds differ across opposite riverbanks in the Amazon, and ornithologists now know that rivers are associated – in one way or another – with the origin of many avian species.

“Moreover, accumulating geological evidence has suggested that these rivers are highly dynamic, moving around the South American landscape over relatively short time periods, on the order of thousands or tens of thousands of years.”

Study’s senior author Joel Cracraft, said: “Even though birds can fly, our study confirmed that current rivers across the Southern Amazon rainforest, even relatively small ones, are highly effective at isolating populations of these six species, which leads to genomic divergence and ultimately speciation.”

The researchers stated that from their study, distinct populations of birds that should be described as separate species are now considered a single species, as they may have genetically converged.

Musher finalised: “Though we know Amazonian biodiversity is unmatched by any other terrestrial ecosystem, we demonstrated that its species richness may be greatly underestimated even in well-studied groups such as birds.

“Our results corroborate those of other studies that have reported fine-scale patterns of diversity across the southern Amazon basin – a region threatened by rapid and ongoing deforestation – yet this diversity is generally unrecognised.

“Many of the distinct populations are relatively young and endemic to a small Amazonian region, meaning that a large portion of the Amazon’s birds may be threatened with loss to imminent extinction.”