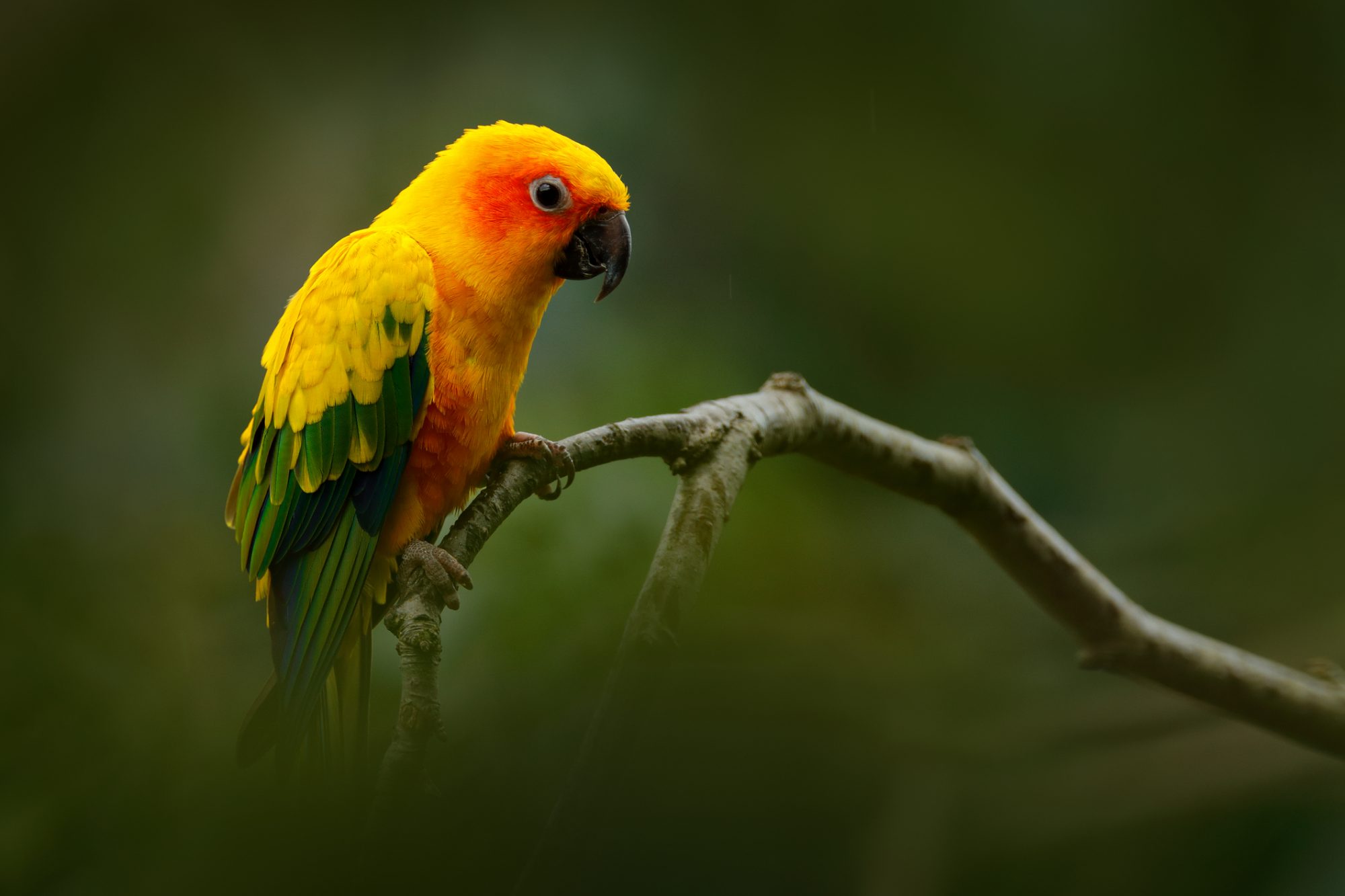 According to new research by Louisiana State University scientists, data collected over the past four decades demonstrates that not only has the number of sensitive resident birds throughout the Amazon rainforest declined, but the body size and wing length have changed for most studied species also.

These physical changes of the birds correlate with increasingly hot and dry conditions in the dry season, from June to November.

This study, published in the journal Science Advances, notes that though birds in the Amazon have become smaller, their wings have become longer over many generations. This suggests there has been physiological or nutritional challenges which have forced birds to adapt, due to shifting environmental conditions.

The data exposed that nearly all the birds’ bodies have reduced in mass, or become lighter, since the 1980s. The data covers a large range of the rainforest so the changes in the birds’ bodies and wings across communities are not tied to one specific area, demonstrating how this phenomenon has become widespread.

Vitek Jirinec, LSU PhD alumnus, associate ecologist at the Integral Ecology Research Center and lead author to this study, and his colleagues studied data collected on more than 15,000 individual birds that were captured, measured, weighed, marked with a leg band, and released, over 40 years of field work in Amazon.

Most of the bird species were shown to have lost on average about 2% of their body weight every decade, for instance, for an average bird species that weighed about 30 grams in the 1980s, the population would now average around 27.6 grams.

Co-author Philip Stouffer, the Lee F. Mason Professor in the LSU School of Renewable Natural Resources added: “These birds don’t vary that much in size. They are fairly fine-tuned, so when everyone in the population is a couple of grams smaller, it’s significant

“This is undoubtedly happening all over and probably not just with birds. If you look out your window, and consider what you’re seeing out there, the conditions are not what they were 40 years ago, and it is very likely plants and animals are responding to those changes as well.

The scientists investigated 77 species of rainforest birds that live from the cool, dark forest floor to the warmer, sunlit midstory. They realised that the birds which reside in the highest section of the midstory are the most exposed to heat and drier conditions and had the most dramatic change in body weight and wing size.

These birds also tend to fly more than the birds that live on the forest floor. These birds therefore have adapted to a hotter, drier climate by reducing their wing loading.

Reduced wing loading has made them more energy efficient in flight. If a bird has a higher wing loading, it needs to flap its wings faster to stay aloft, which requires more energy and produces more metabolic heat. Reducing body weight and increasing wing length leads to more efficient resource use while also keeping cooler in a warming climate.

The study shows that despite many parts of the Amazon being completely untouched by humans, the rainforest is still being impacted by human-induced climate change.

Jirinec stated: “Even in the middle of this pristine Amazon rainforest, we are seeing the global effects of climate change caused by people, including us.”